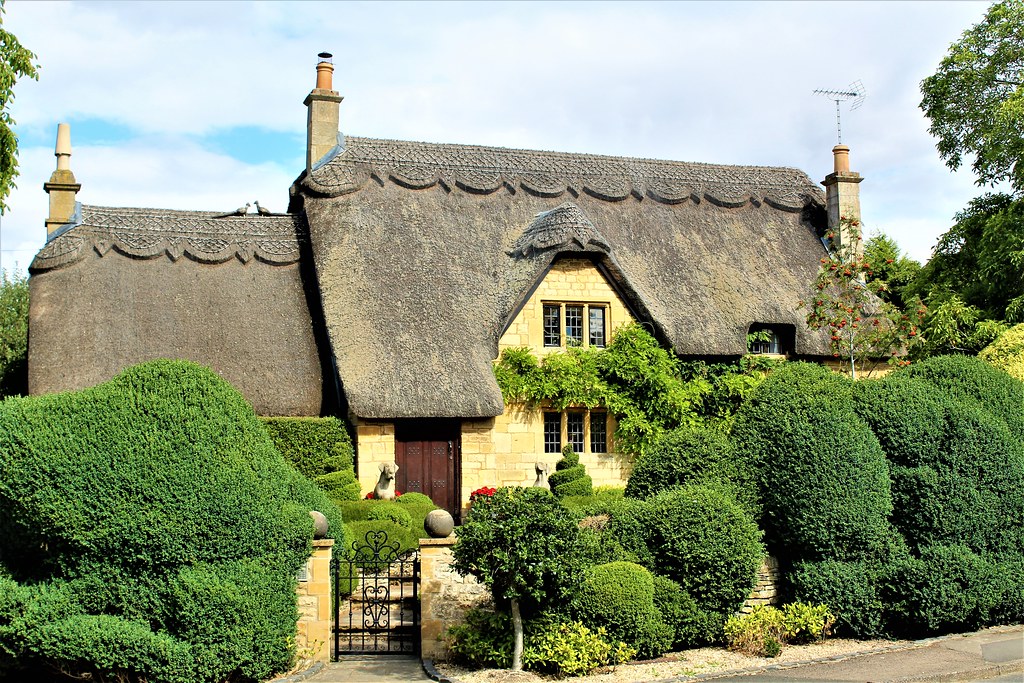 Here is an illustrated tour using Moreton-in-Marsh as a base:

Bourton on the Water

Bourton has a population of about 3300 and is located in the Cotswolds Area of Outstanding Natural Beauty.

The village straddles the River Windrush which is spanned by a series of low bridges. Many of the houses are traditional honey-coloured sourced from local Jurassic limestone.

There is a record of the village in AD 714. ‘Bourton’ indicates a fortified place, probably connected to the nearby hill-fort. The affix obviously refers to the River Windrush.

Bourton is well endowed with hotels, tourist accommodation, eateries and unique visitor attractions which include: 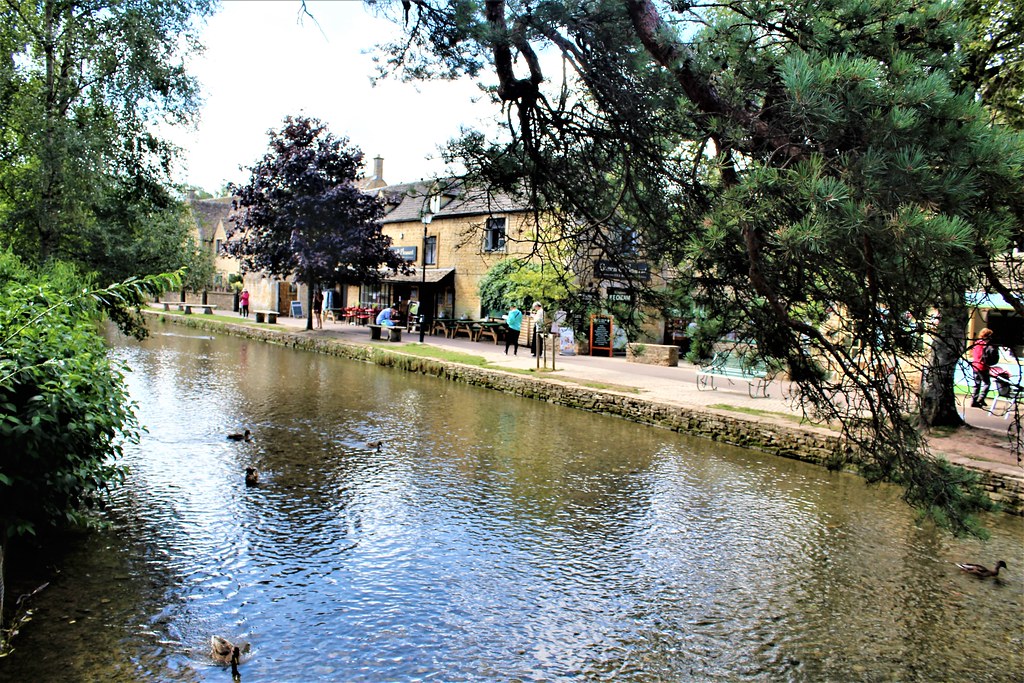 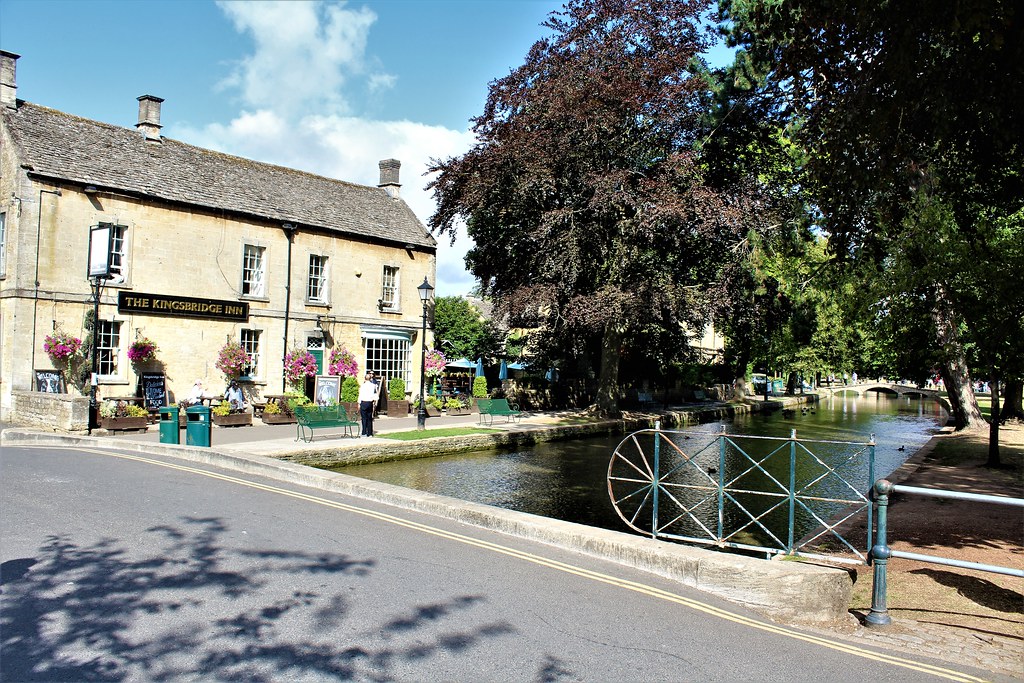 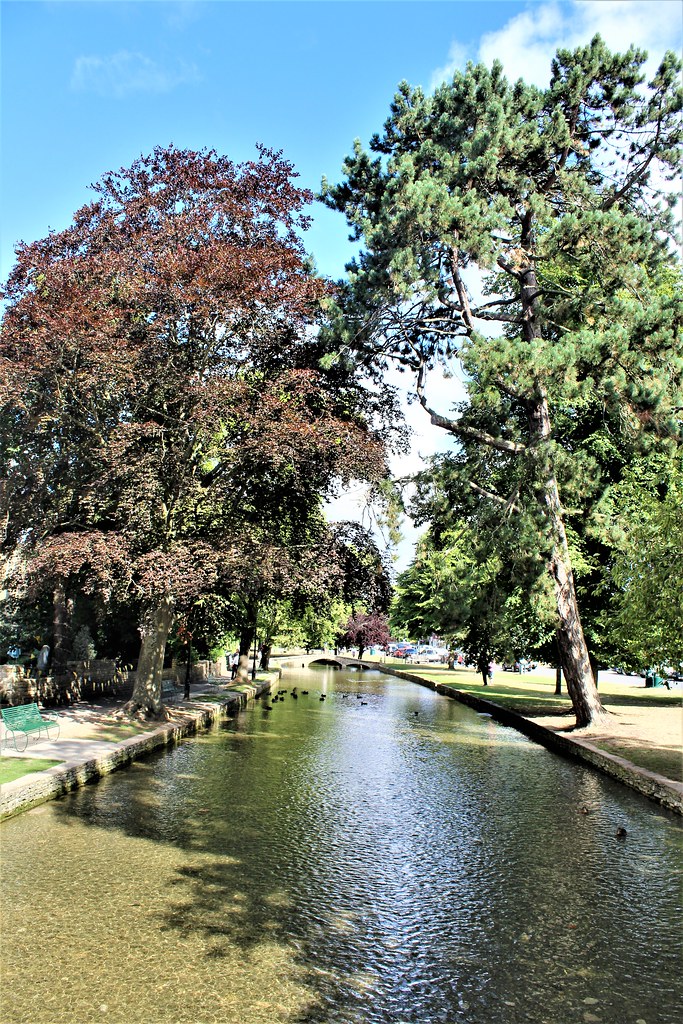 There has been a settlement here for about 1000 years. The name stems from the Old English term for a wet land 'slough' or 'slothre' (Old English for muddy place) upon which it lies.

Character is due to the quaint limestone cottages lining the banks of the gentle flowing River Eye which is, effectively, the village’s main street.

Tucked away is a former water powered mill which is now a craft-centric visitor attraction. The water wheel still turns, albeit for cosmetic effect.

To complete the classic English ambience, the 13th century St. Mary’s Church with its elegant spire stands close to the river and is normally open to the public. 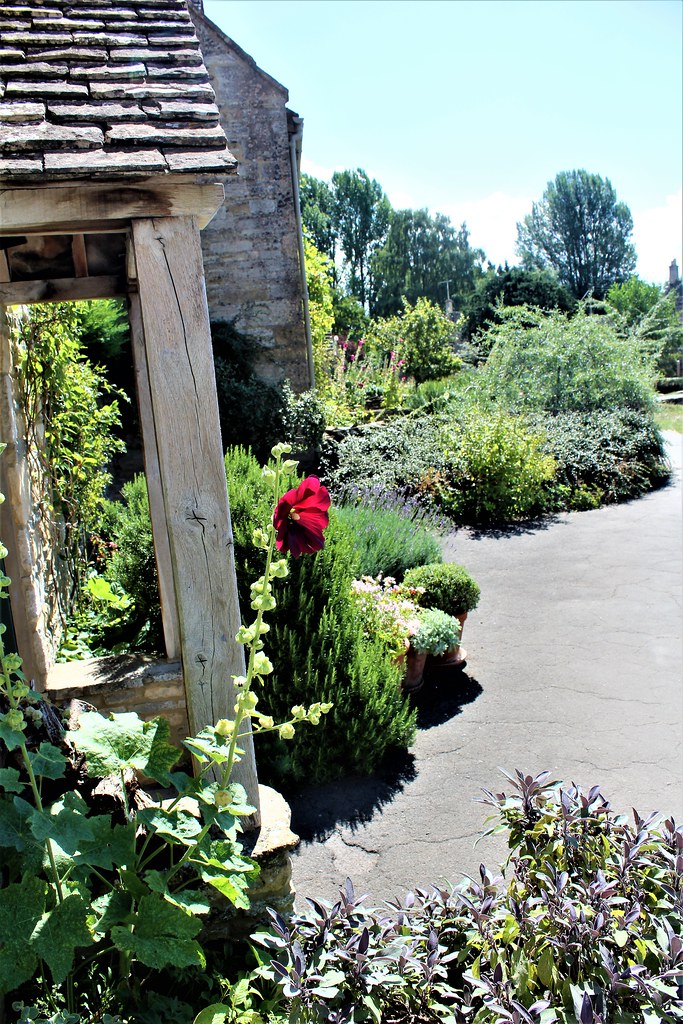 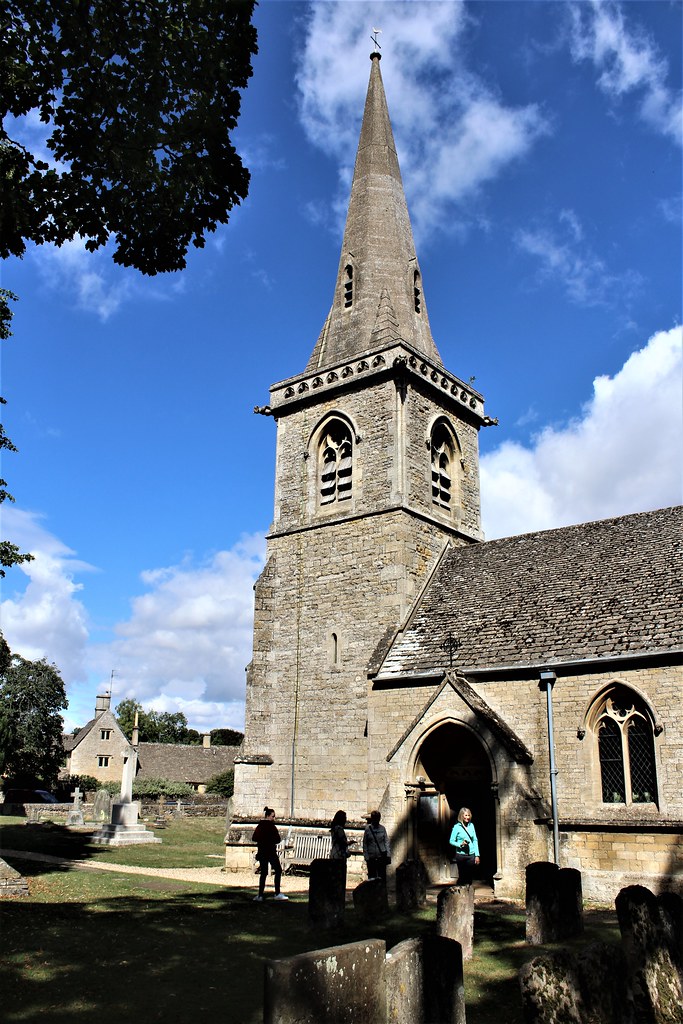 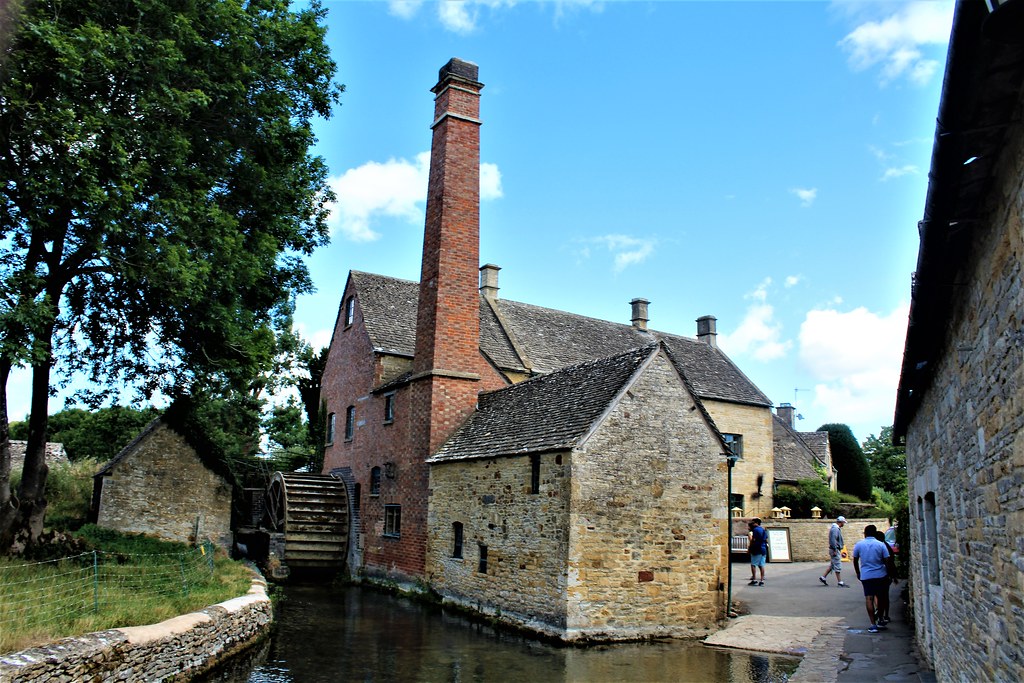 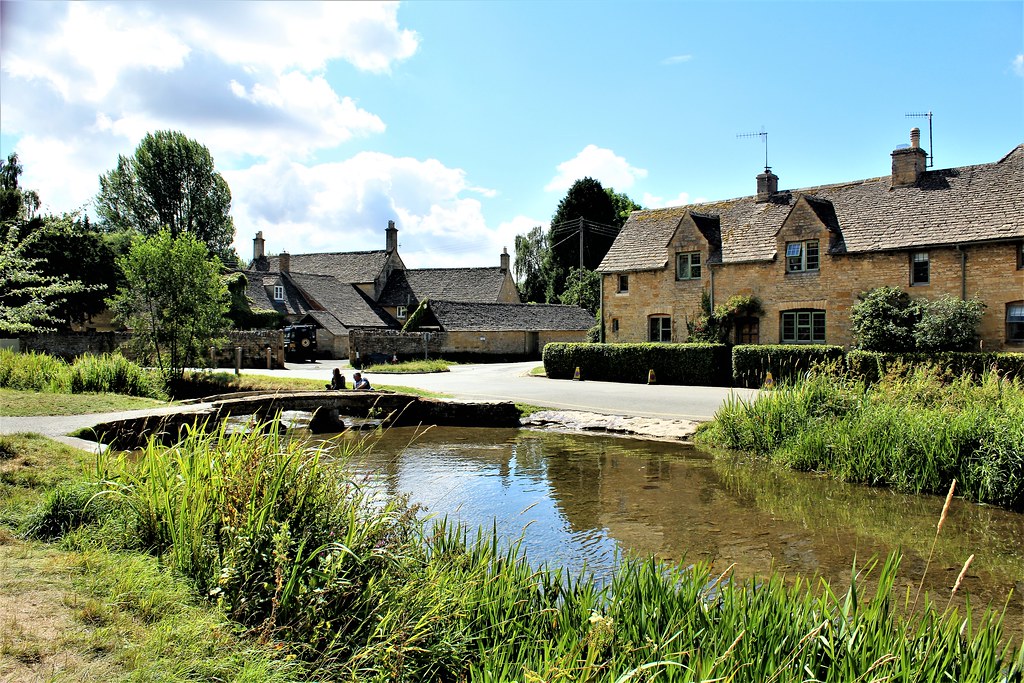 This is a folly (no functional use) which dates from 1789 and reaches a height of 1024 feet (312 metres), the second highest vantage point in the Cotswolds.

The tower was designed by architect, James Wyatt for the 6th Earl of Coventry who in turn followed a vision of leading landscape designer ‘Capability’ Brown.

The building’s eccentric design has, over the years, inspired a wide variety of occupants including a book and manuscript collector and Arts & Craft Movement members. During military conflicts in the 20th century, the Tower was used as a lookout (for military aircraft).

The local parkland is conducive to hiking and cycling and a small herd of Red Deer can be seen. Restaurant facilities are available on site. 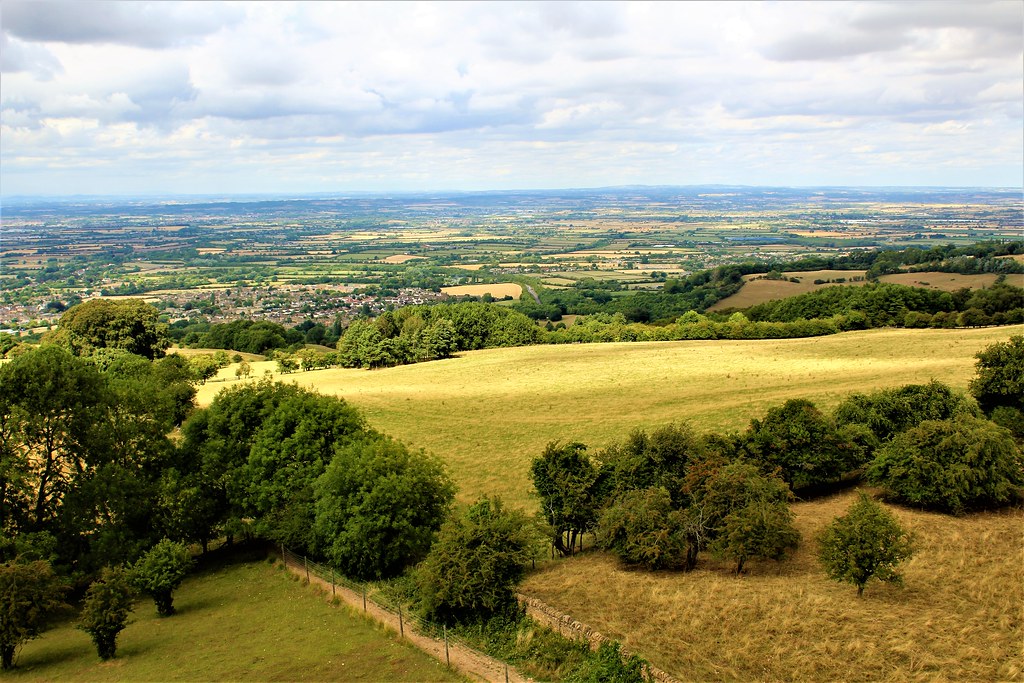 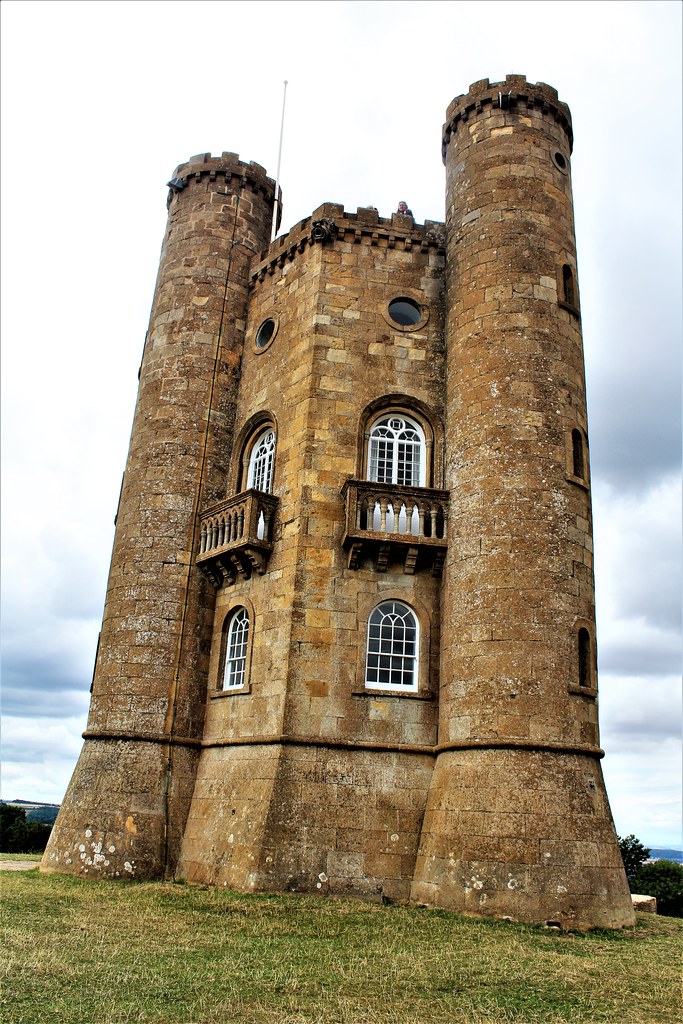 Chipping Campden has a population of 2200 and is well endowed with antique and other specialist shops, hotels, and restaurants.

A symbol of the village is the famous Market Hall (above) which dates from 1627. There is also the impressive, perpendicular wool church of  St James. Visitors are attracted by the traditional thatched houses as illustrated in image at head of this post.

In the early 20th century a community of Arts and Crafts specialists (metalworking, jewellery, furniture making, etc.) moved from London and established workshops in the village. 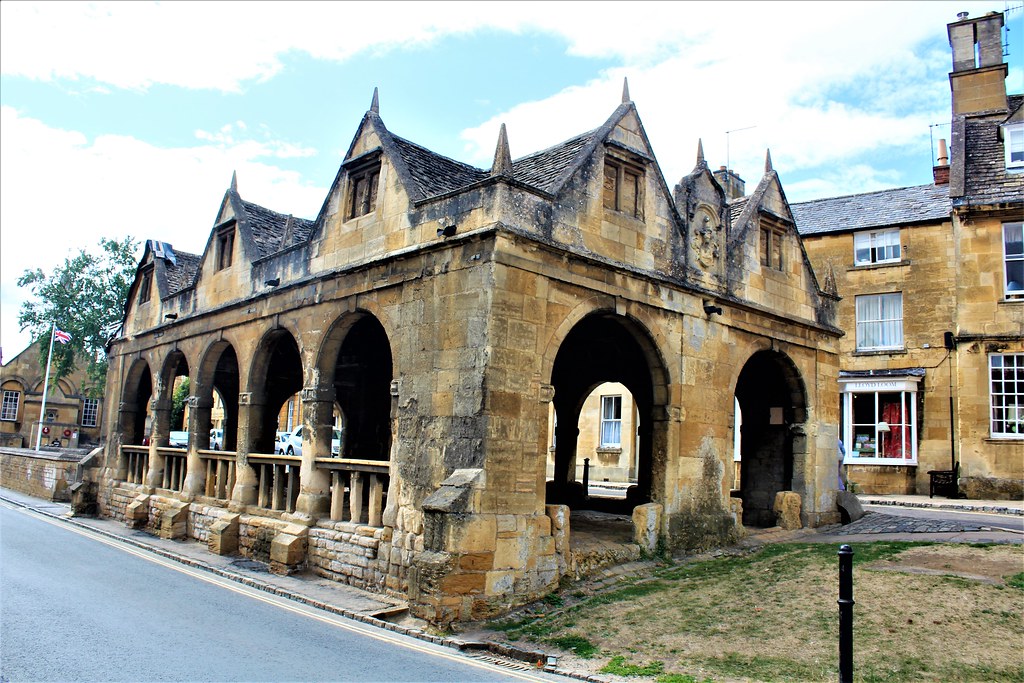 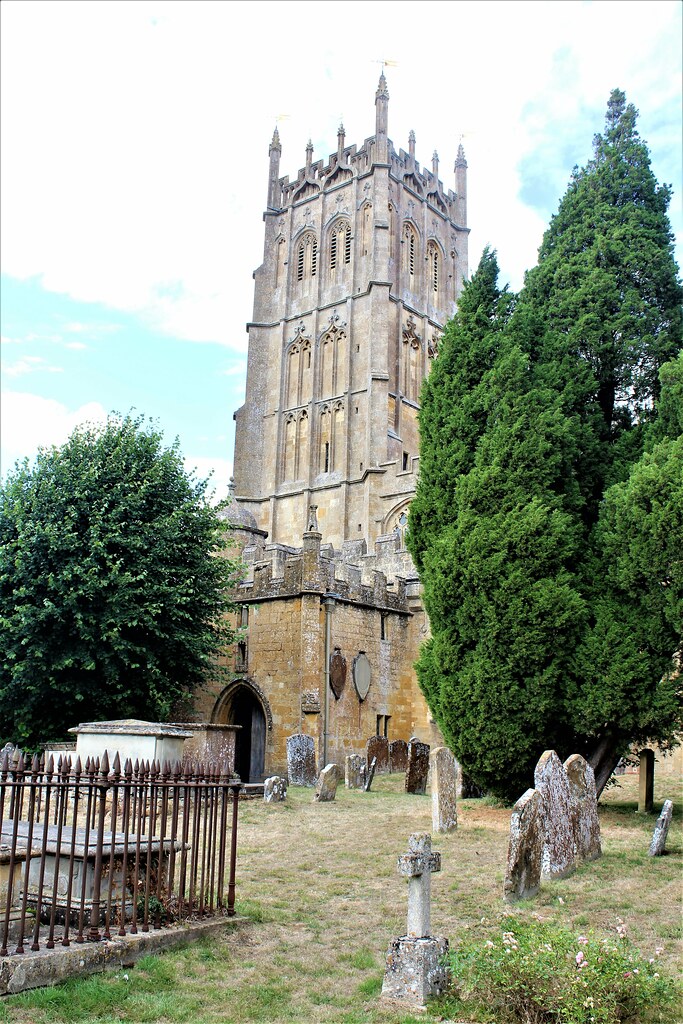 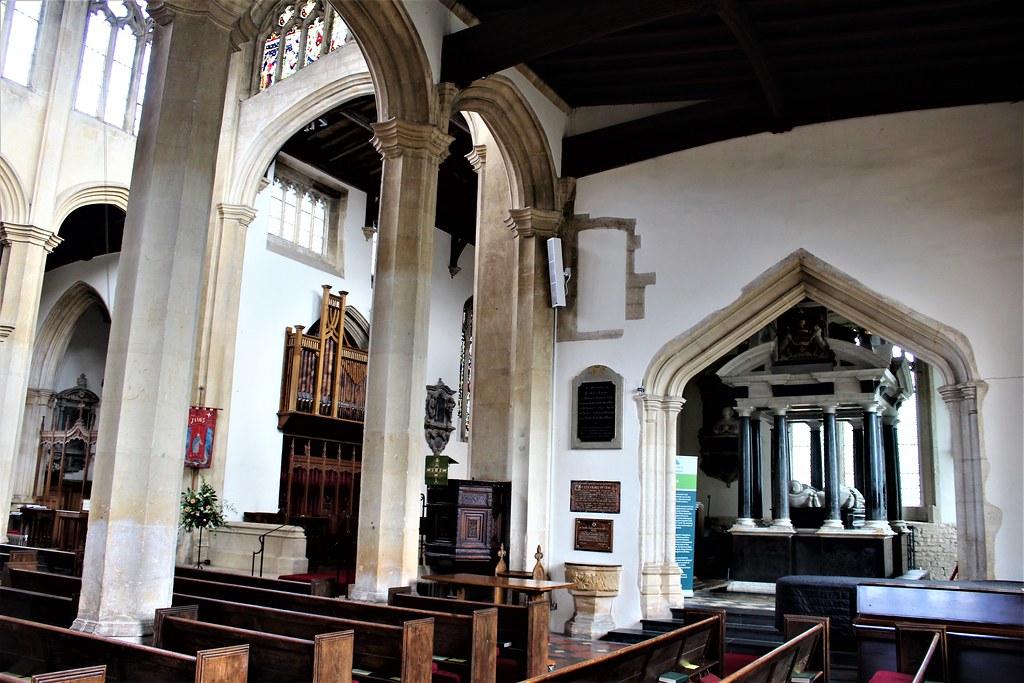 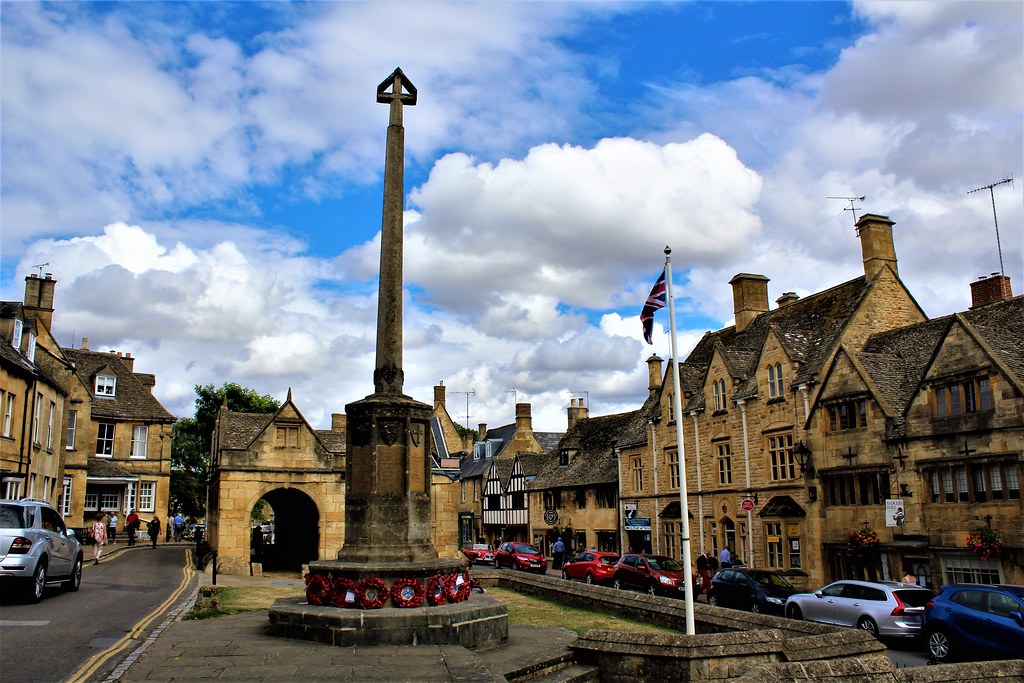 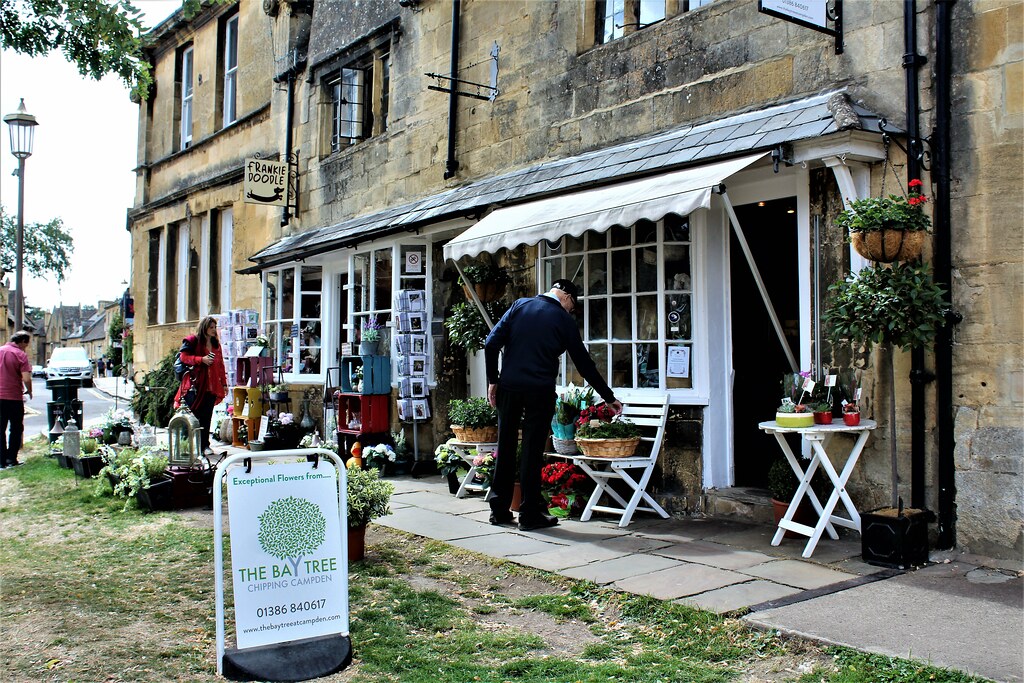