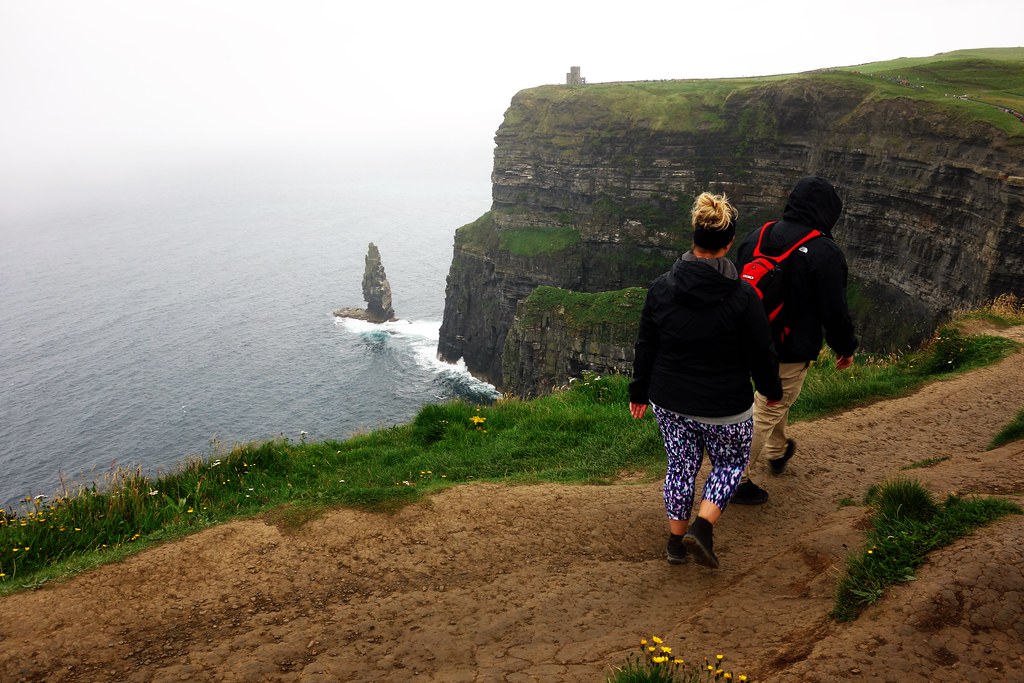 Tonight, I am reprising a tour of Ireland with focus on the ever popular Cliffs of Moher which form part of the country's west coast.

First, we departed our lodgings in Killarney in the S.W. of Ireland and drove north with a short stop at Shannon. We arrived early afternoon at our principal destination of the Cliffs of Moher which border the Atlantic Ocean, stretching for 5 miles and reaching heights of 702 feet. This is Ireland’s most visited natural attraction.

Unfortunately, our arrival coincided with spells of rain notwithstanding which we did manage to obtain a full appreciation of the site. 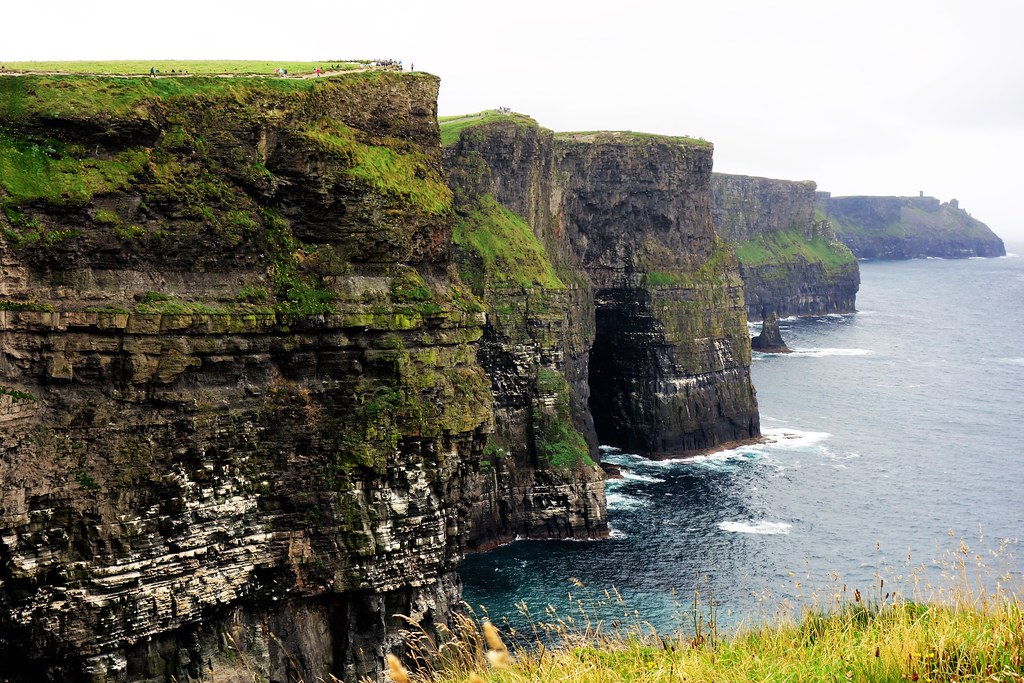 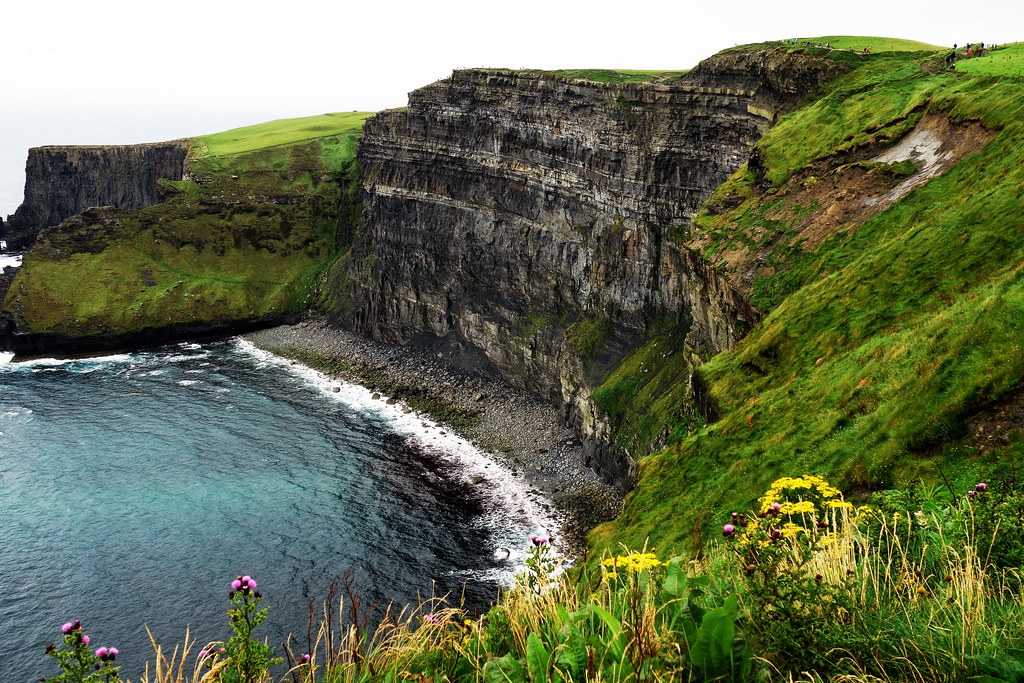 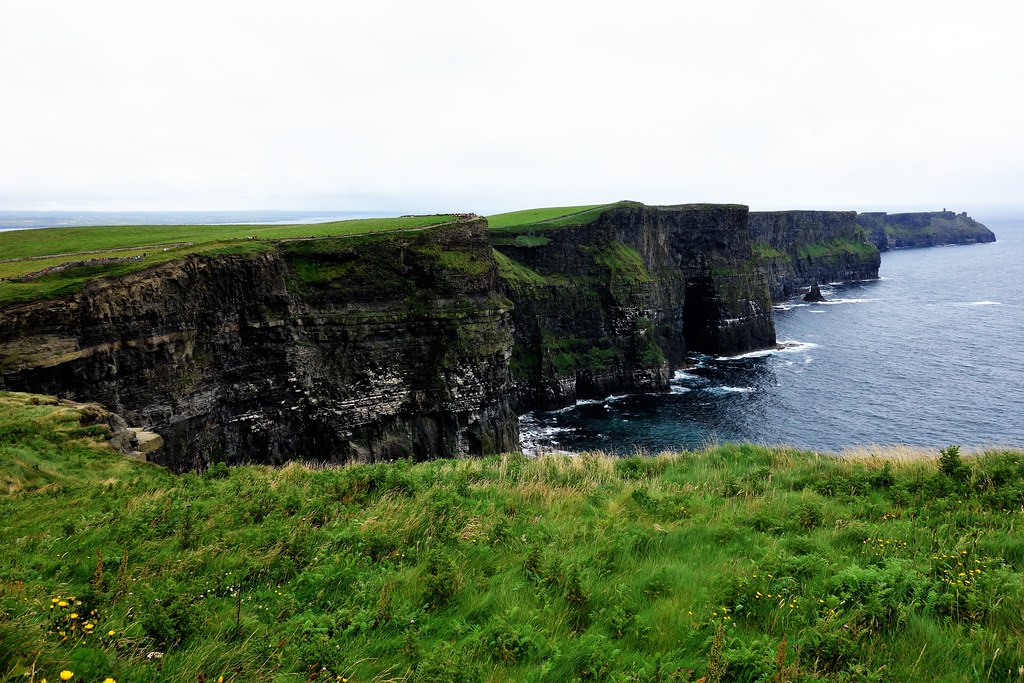 After about two hours at the Moher site we continued north towards our final destination for the day of Galway. However, we made a detour across the rugged Burren landscape to visit the prehistoric, Poulnabrone Portal Tomb which may date back about 5000 years and is one of 90 megalithic tombs in the Burren region. This tomb is situated in a karst limestone plateau 150 meters above sea level. Here archaeologists have discovered the remains of over 30 people. Information on Burren geology can be found here. 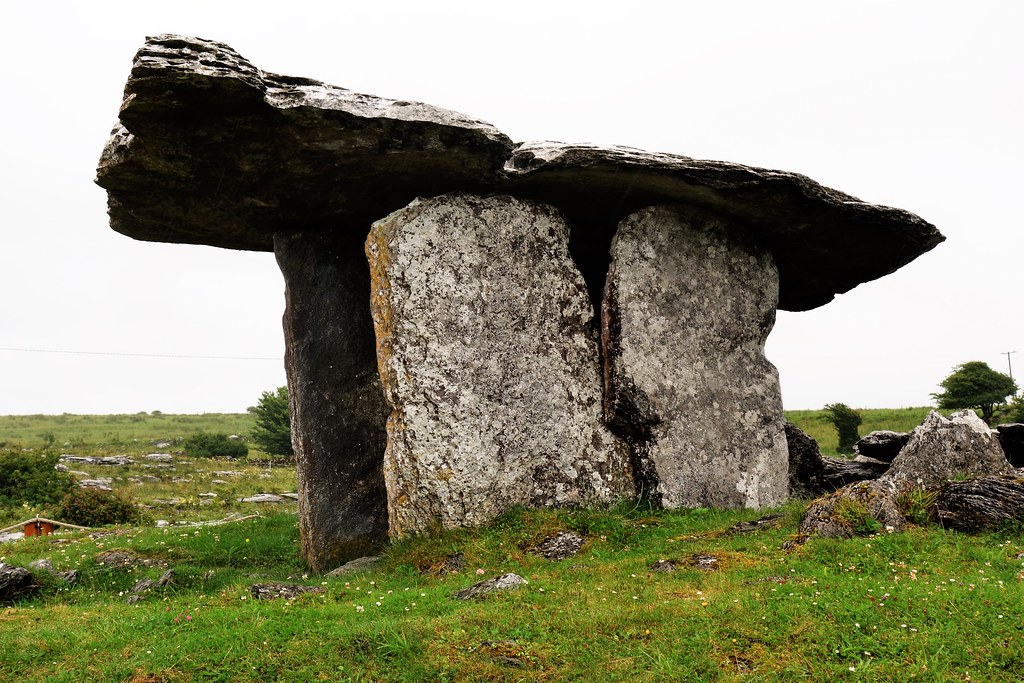 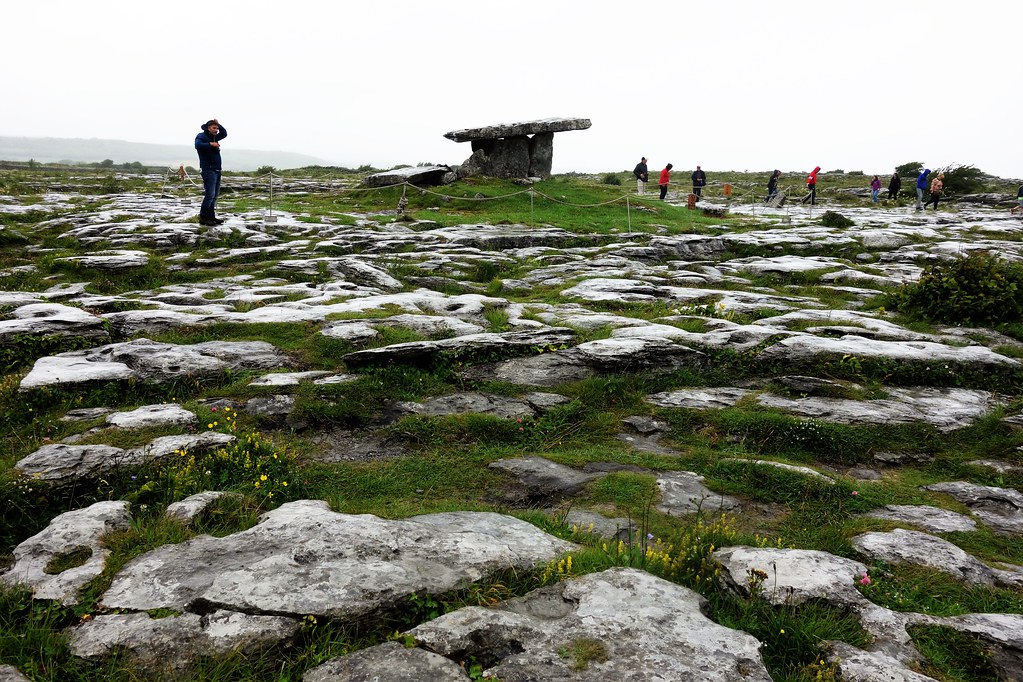 We finally arrived at our Galway lodgings about 6.00 pm.