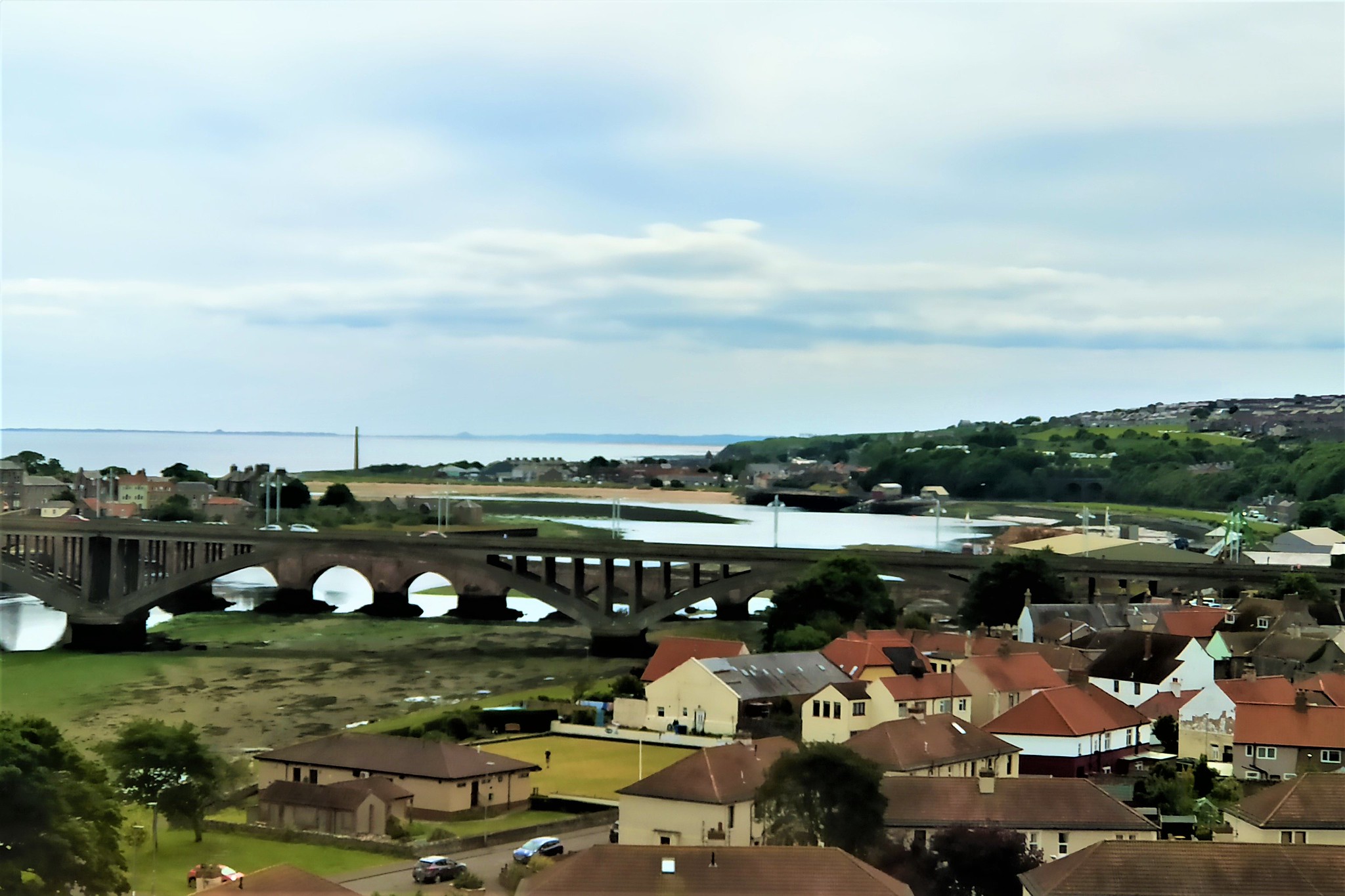 This evening, I am reporting on the town of Berwick-upon-Tweed ("Berwick") which is situated on the NE coast of England just 2.5 miles south of the Anglo-Scottish border.Population is about 12,000.

Historically, Berwick's key border position resulted in the town being embroiled in Anglo-Scottish conflicts and frequently changing hands as a result. The dominant town walls, ruined castle and old prison cells are evidence of a violent past.

The castle was rendered obsolete by the construction of modern ramparts around Berwick during the reign of Elizabeth 1 in the late 16th century following which it went into decline.

Facilities for visitiors include beaches, parks, events, nature trails and golf. There is a wide range of visitor accommodation available.

Location of Berwick is 56 miles SE of Edinburgh (Scotland) and 34 miles N of Alnmouth in England. The town is served by both road and rail.

Images featuring herein were taken from a fast moving train . Although lacking crispness they do serve to provide a guide for the size of the town in context of it's landscape. 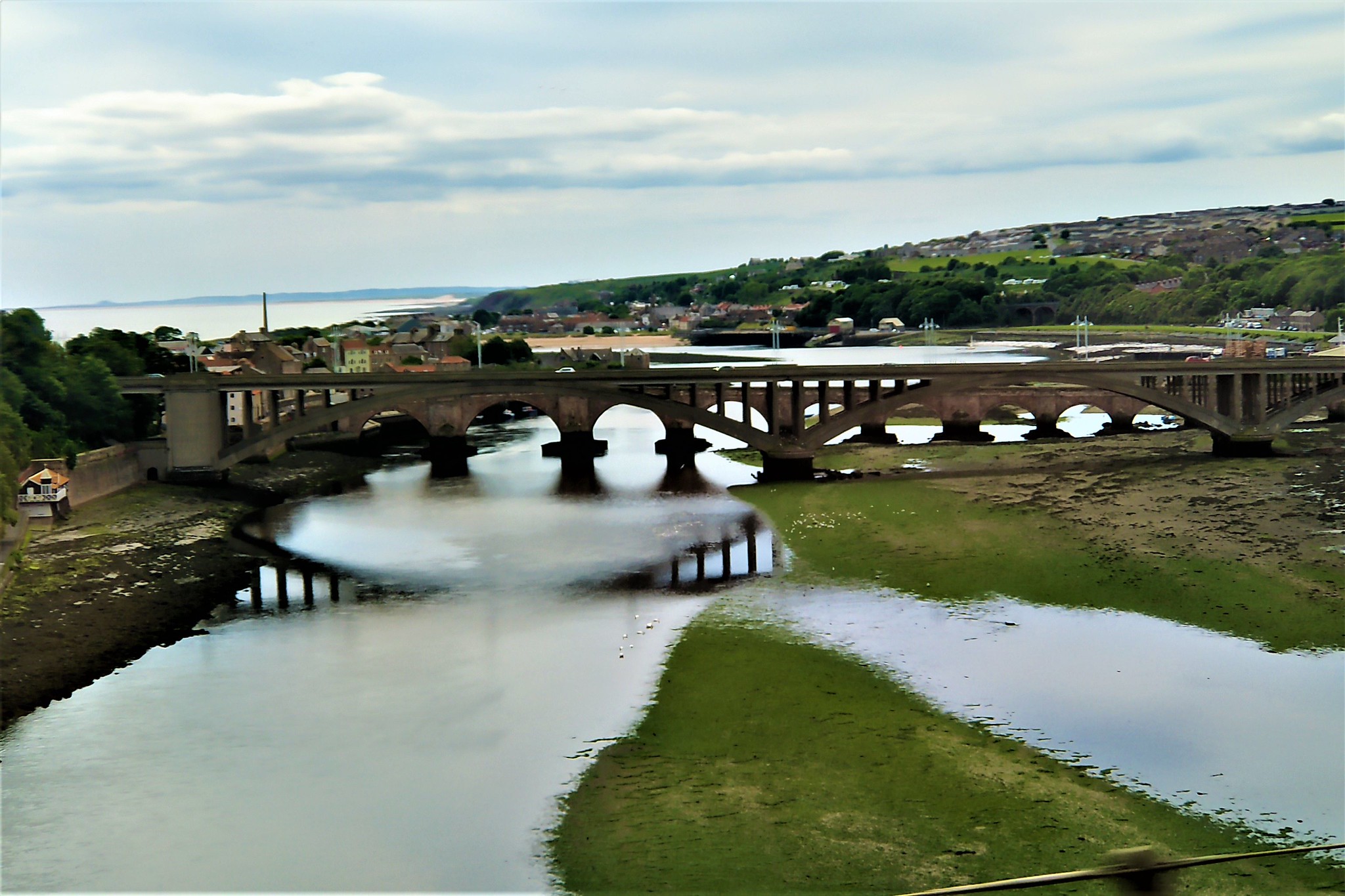