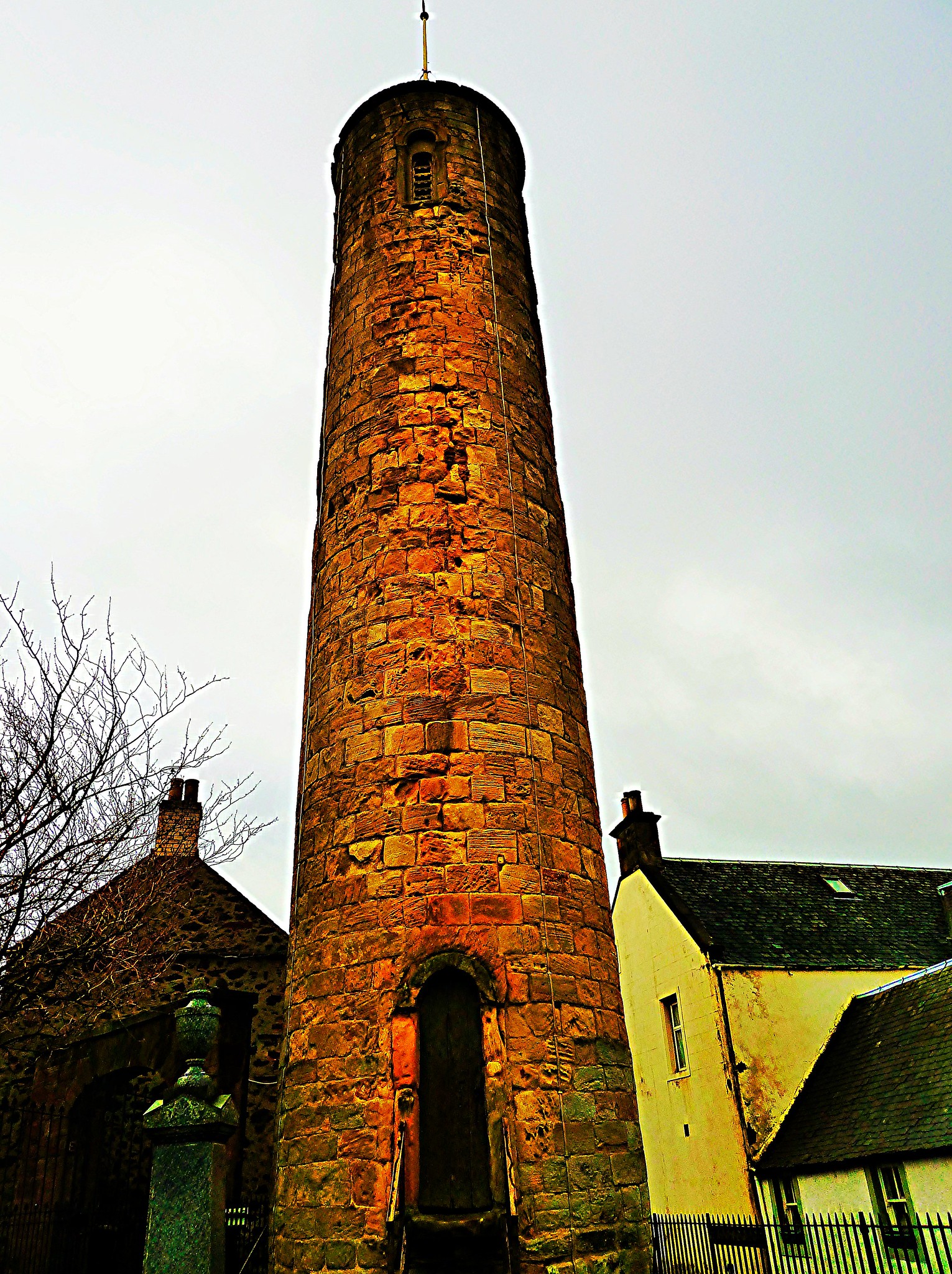 Tonight, I am reporting on Abernethy Tower which is located in the village of same name between St. Andrews and Perth in eastern Scotland.

Abernethy is a large village with name derived from the Brittonic (Welsh) term for ‘meeting of the waters’ although the only water at Abernethy now is a barely discernible stream.

Image of Abernethy village taken from atop the tower. 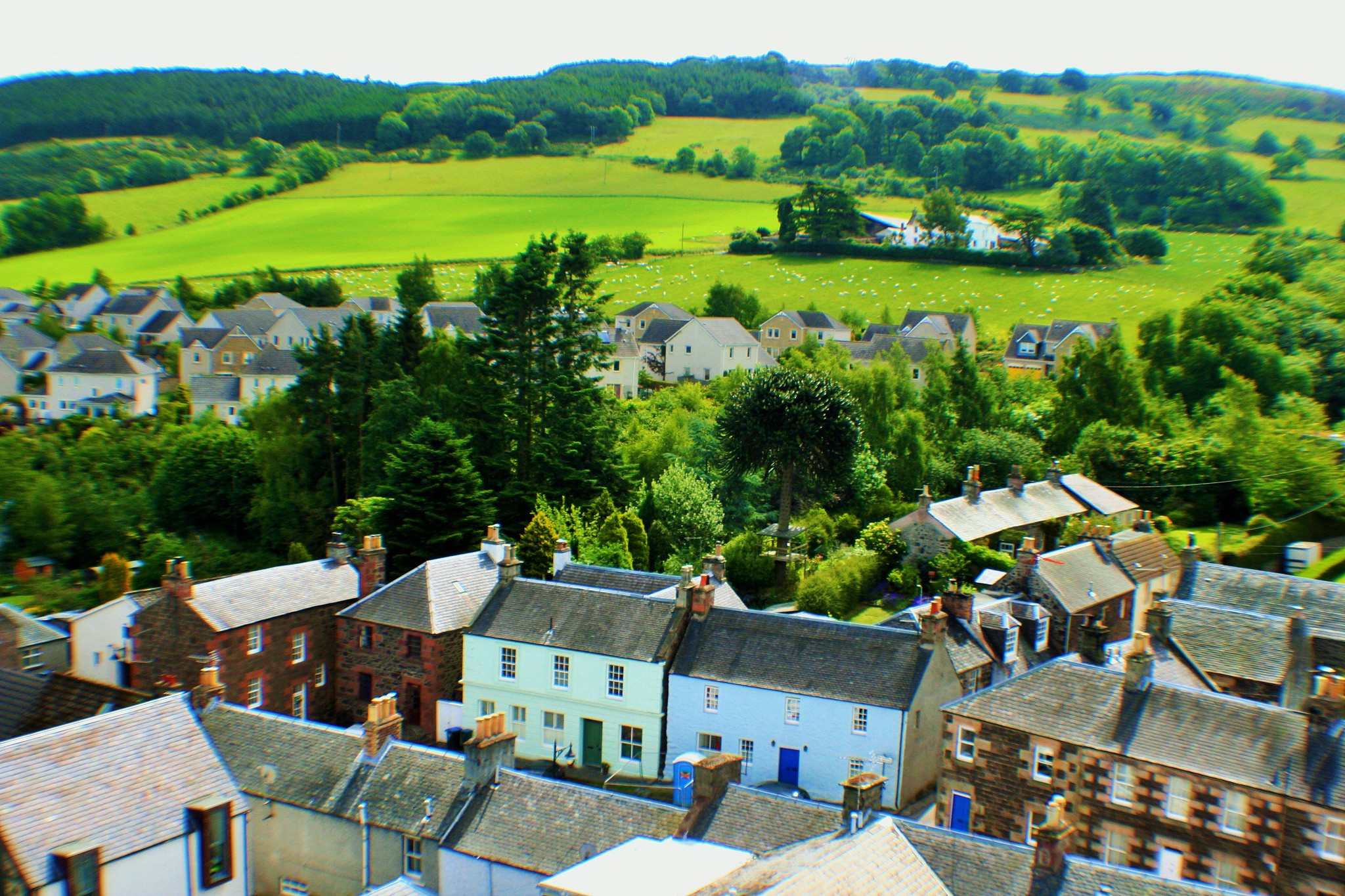 Historically, Abernethy was an important Christian site with the primacy of the Church transferring to Abernethy from Dunkeld around AD 865-908 before switching again to modern day St. Andrews. A church (or monastery or nunnery) at Abernethy was founded about AD 460 and dedicated to St. Bridget, perhaps in AD 525.

Although the date of the tower’s construction is not known with certainty, it is of great antiquity, dating from around 9th-11th centuries,  The architecture and differing building materials may indicate that that the tower is an 11th century rebuild of earlier 9th century construction.

Abernethy is representative of a type of tower which is only found in the Isle of Man, Ireland and Scotland. These towers may have been influenced by similar buildings in northern Italy. Local peoples had a long tradition of constructing circular buildings such as brochs and hence the architecture style was not radical. Abernethy is one of only two such round towers in Scotland, the other is at Brechin, between Dundee and Aberdeen.

All round towers of this type were free standing and usually situated a short distance from, and with their doors facing towards, the nearby monastic church which in this case would place the church north of the tower.

Ranked against its peers, Abernethy is of average  height ( 22 metres or 72 ft.). The wall is 1.07m thick (3ft 7″) at bottom and 88cm (2′ 11″) at the top. The interior diameter is a constant 2.515m (8’3″). The walls consist of outer and inner dressed stone layers with rubble in-filling.
The purpose of this type of tower is not known for certain. Speculation includes:
The importance of Abernethy in early medieval Scotland is manifested in the fact that Malcolm III of Scotland met William of Normandy there is 1072 AD. Here the treaty of Abernethy was negotiated which ensured that Scotland did not suffer the same fate as Anglo-Saxon England, i.e. invasion by the Normans.

Attached to the tower is a Pictish symbol stone, an image of which can be seen below. This was found in the village and positioned in the early 20th century. The carved stone would be approximately contemporary with the tower although not connected with it. There are many examples of such carved stones in Scotland but no consensus on interpretation of the symbols. 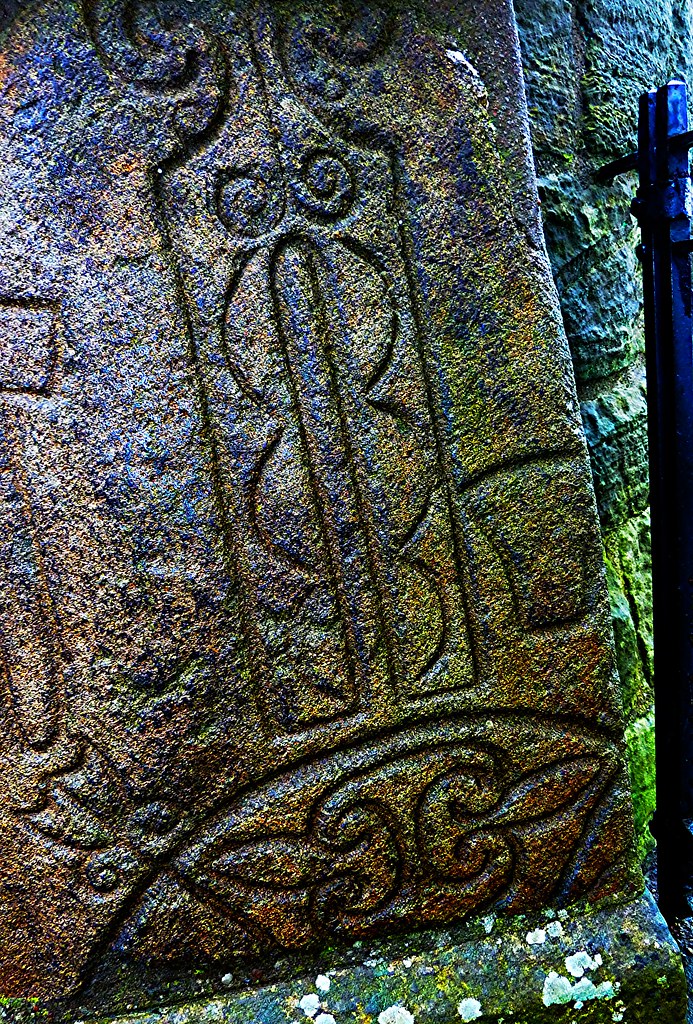