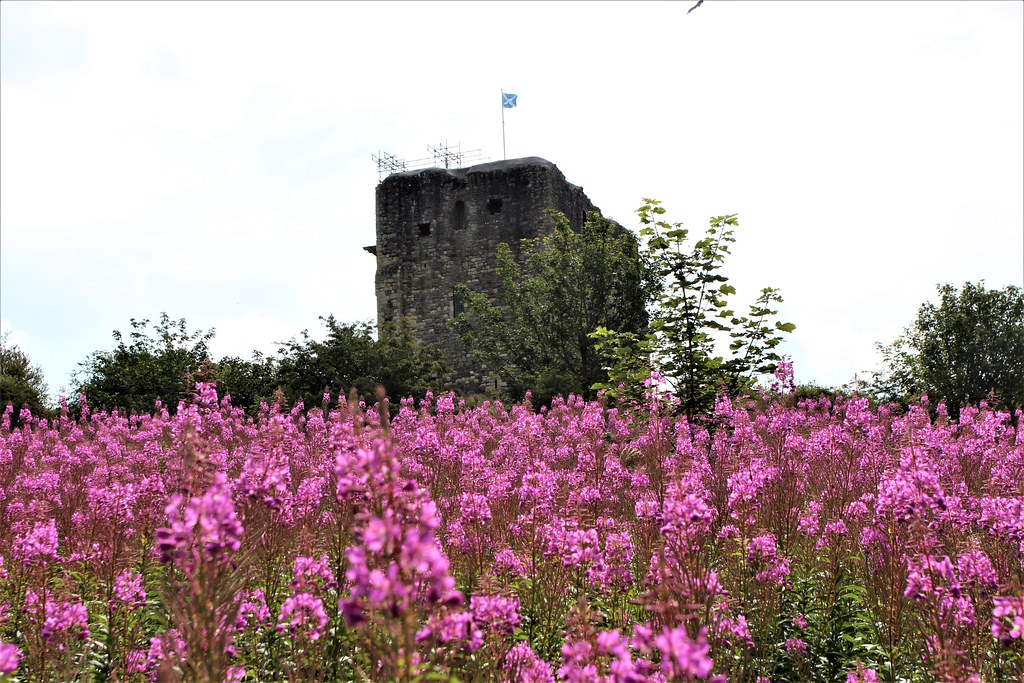 (Above image is a capture of Dundonald Castle viewed from the west.)

This evening, I am reporting on the impressive castle at Dundonald which is situated close to the Ayrshire coast, about thirty miles south of Glasgow in S.W. Scotland. 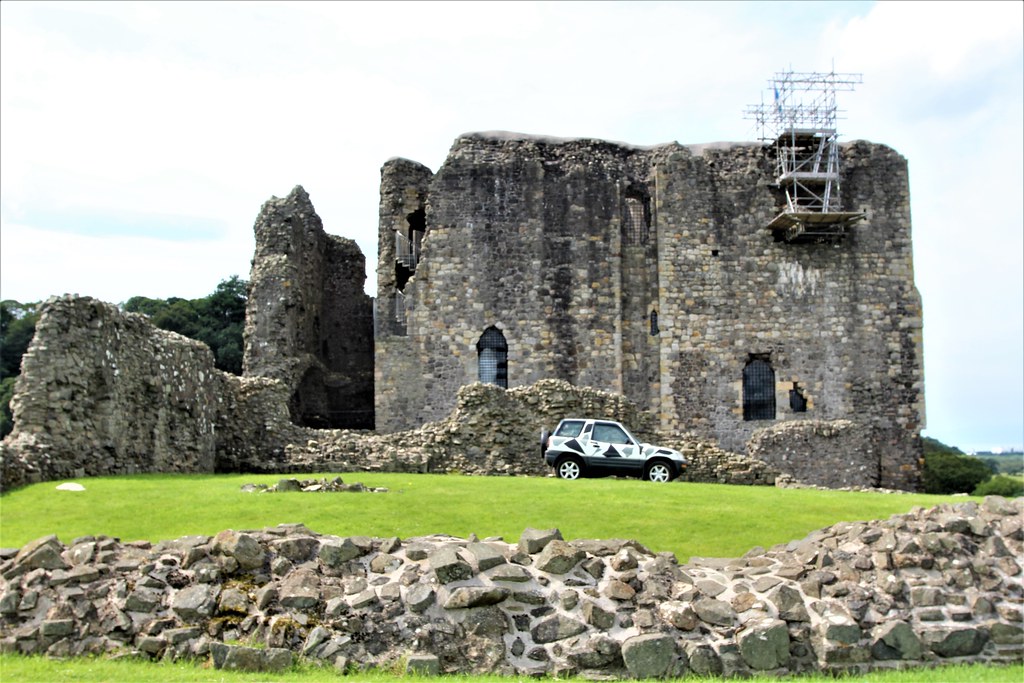 The site benefits from a high elevation and as such dominates the local landscape and provides views out to Ben Lomond (a 3200 ft mountain about 40 miles away to the north) and the Firth (estuary) of Clyde and Isle of Arran with both of latter being to the west.

View north from the castle with village of Dundonald in foreground. 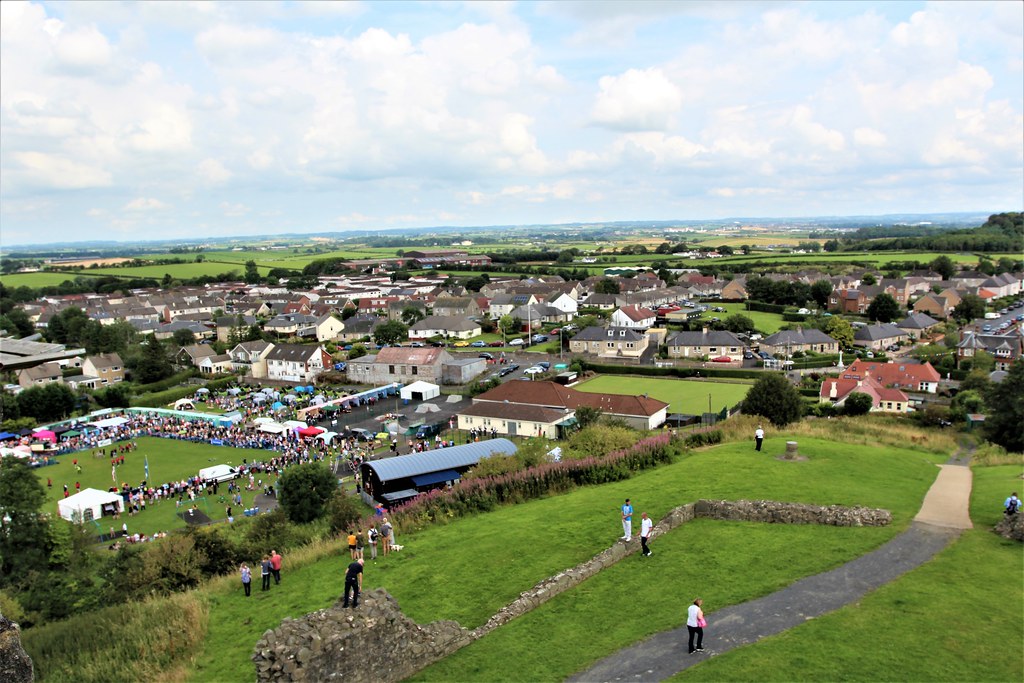 Archaeological evidence indicates the site was occupied prior to 2000 BC while a Dark Age (post 5th century AD) fortress on the site was destroyed by fire before 1000 AD.

The current fortification dates from the 1370s following rebuild of an early castle dating from around 1260. 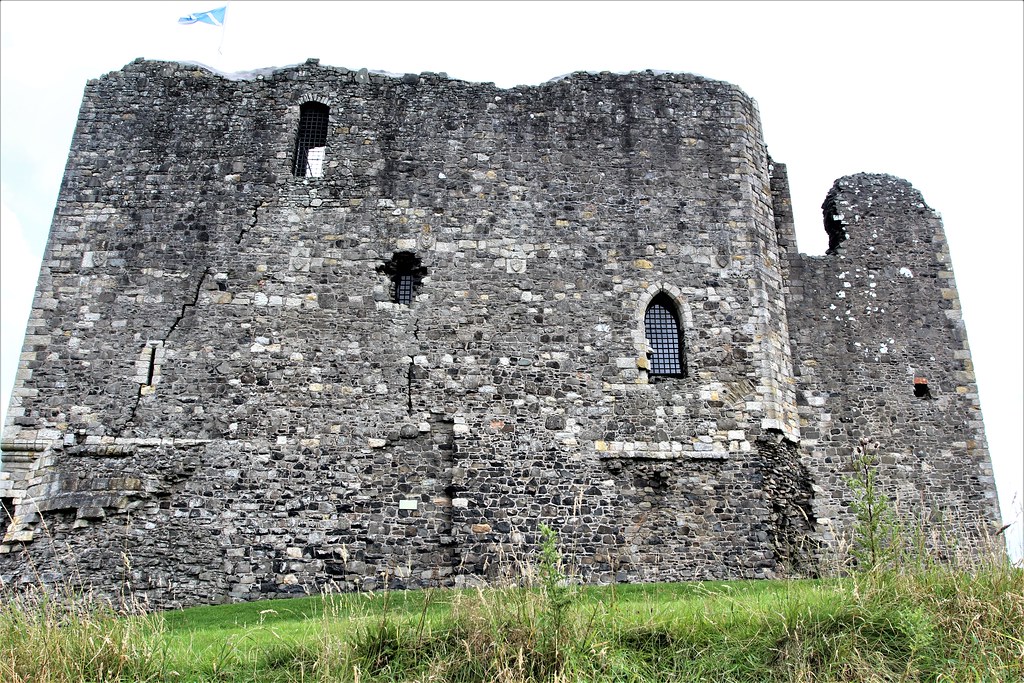 Dundonald Castle was associated with the (royal) Stewart family from inception until it was sold to the Cathcart family in 1482 and then subsequently the Wallaces and Cochranes. Chief architectural feature of the castle is the medieval, barrel-vaulted ceiling. 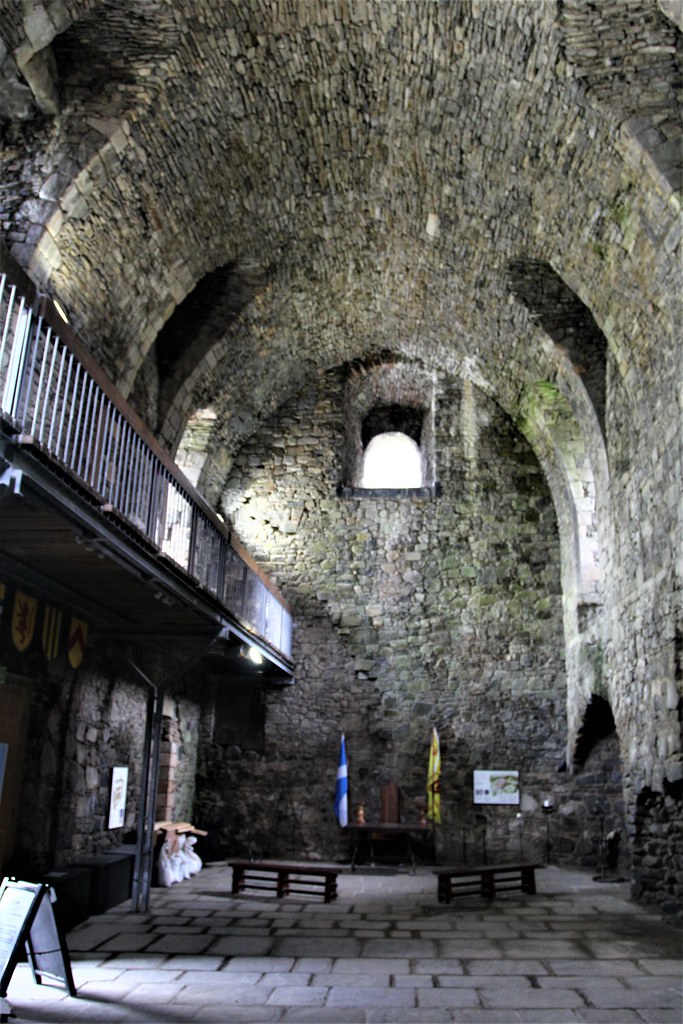 Artist's impression of the high status living quarters during the medieval period. 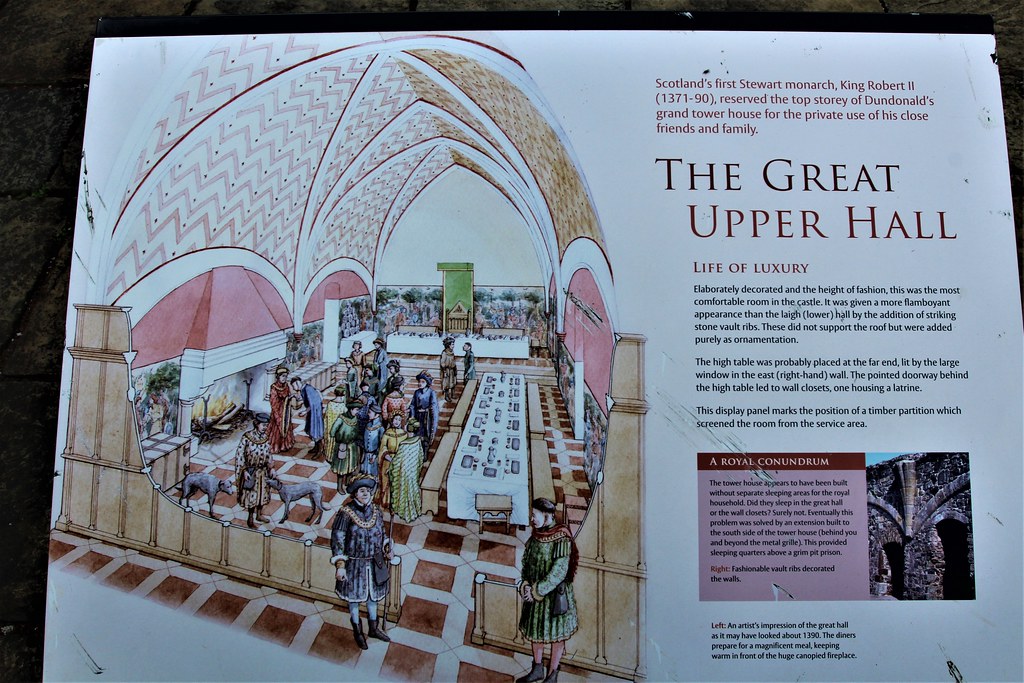 The castle is managed by Historic Environment Scotland and is open to the public.
Dundonald Castle