Irvine beach and town on a hot day in Scotland 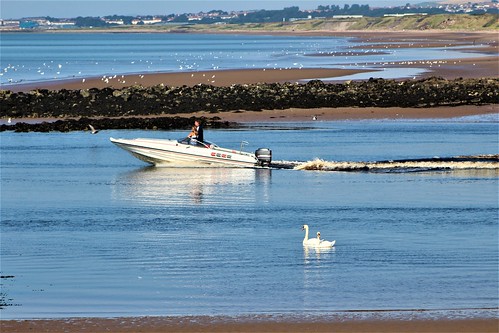 (Above image is a capture of a speedboat entering the sea from River Irvine.)
For S.W. Scotland today was unusually hot with temperature around 26C/79F. Influenced by this and a cloudless, blue sky we drove to our nearest beach at Irvine, about 28 miles S.W. of Glasgow. This beach, which comprises lengths of golden sand, forms part of Irvine Bay which in turn faces west with Isle of Arran in distance.

Irvine is an ancient settlement which is named after the river which flows through it. In medieval times it achieved royal burgh status. It is now a 'new town' on the coast of the Firth of Clyde with population of about 34,000. The origin of the name is not certain but may ultimately have derived from the word ara meaning watercourse. 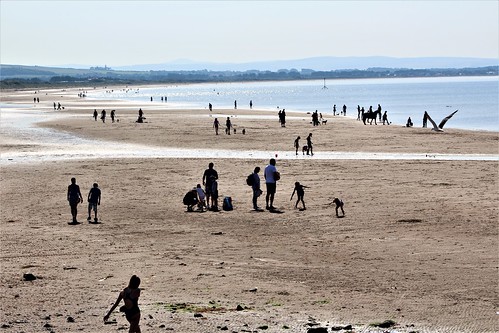 Equine activity on the beach 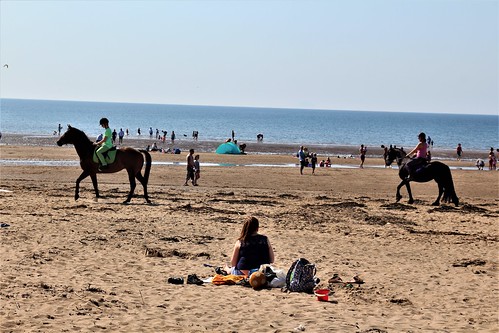 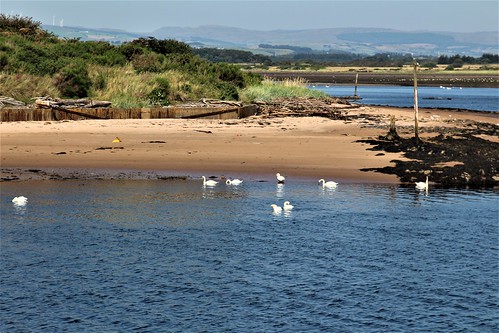 River Irvine with town in background. 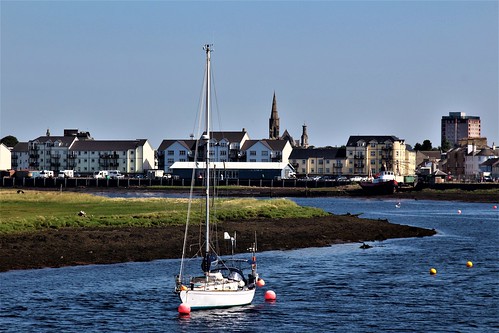 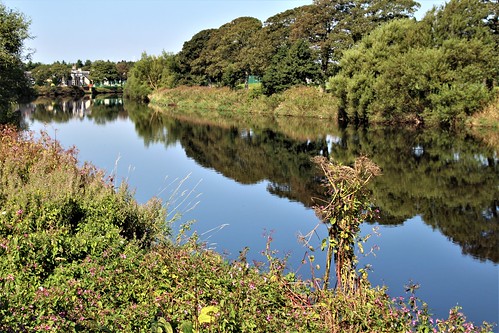 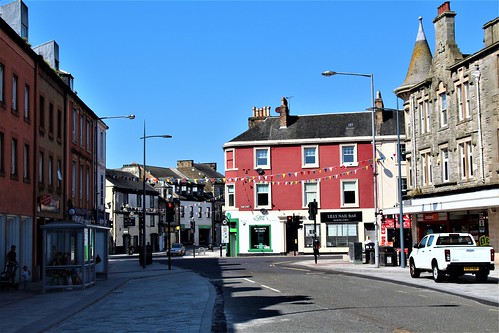