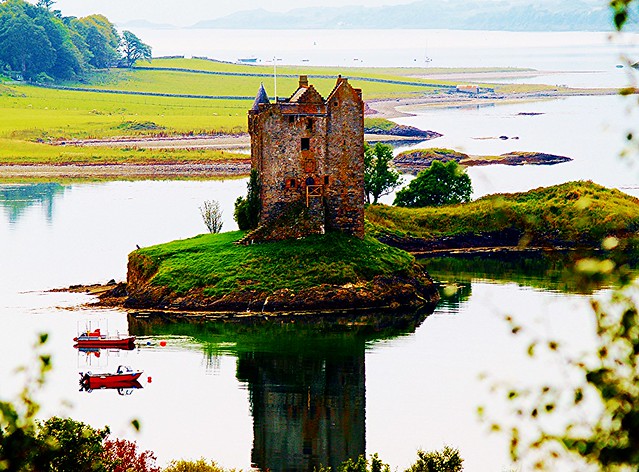 This evening, I am posting information on Castle Stalker, a sympathetically restored castle which has origins in the 15th century.

Caisteal Stalcaire (Fortress of the Hunter) is located on the Rock of the Cormorants, an islet at the mouth of Loch Laich,which in turn is  an inlet off Loch Linnhe in the West of Scotland. There is a good viewpoint located off the A828 at Portnacroish, between Fort William and Oban. Location is  about 18 miles north of Oban.

This castle has featured in Scottish history, being a host to a king, scene of battles, murders and wars. Here is a historical summary:
Visiting the castle

Tours are available from April to October. A maximum of one tour per day which will entail a transfer by boat and a personal guided tour. Check castle website for details.
Castle Stalker