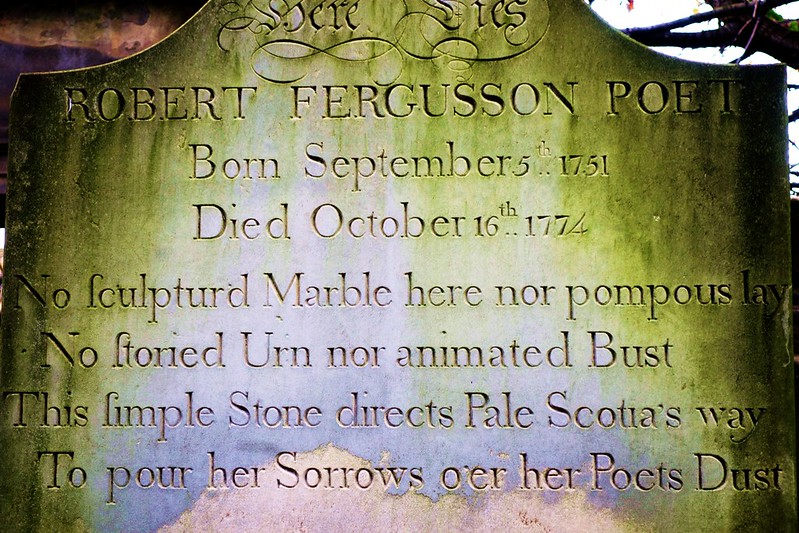 This evening, I am focusing on a Scottish poet named Robert Fergusson who died age just 24 years. During a two year span of his short life Fergusson produced an output of quality poetry written in Scots-English which included:
Fergusson’s short life was spent in Edinburgh and the east of Scotland, viz:
Fergusson lived life to the full in Edinburgh and obtained material for his poems from the rich tapestry of Edinburgh life which he encountered.

It is believed that drinking directly or indirectly contributed to a head injury from which he died. Incredibly, his final days were sent in crude confinement in a mental institution.
Fergusson was a contemporary of  and known by Scotland’s National Poet, Robert Burns. It was Burns who raised the monument over Fergusson’s previously unmarked grave in Canongate Kirkyard images of which are shown at top and foot of this post. 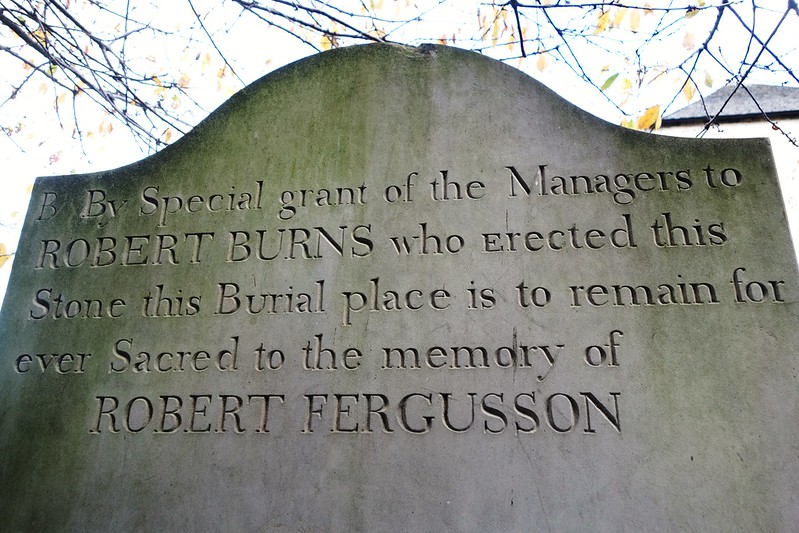 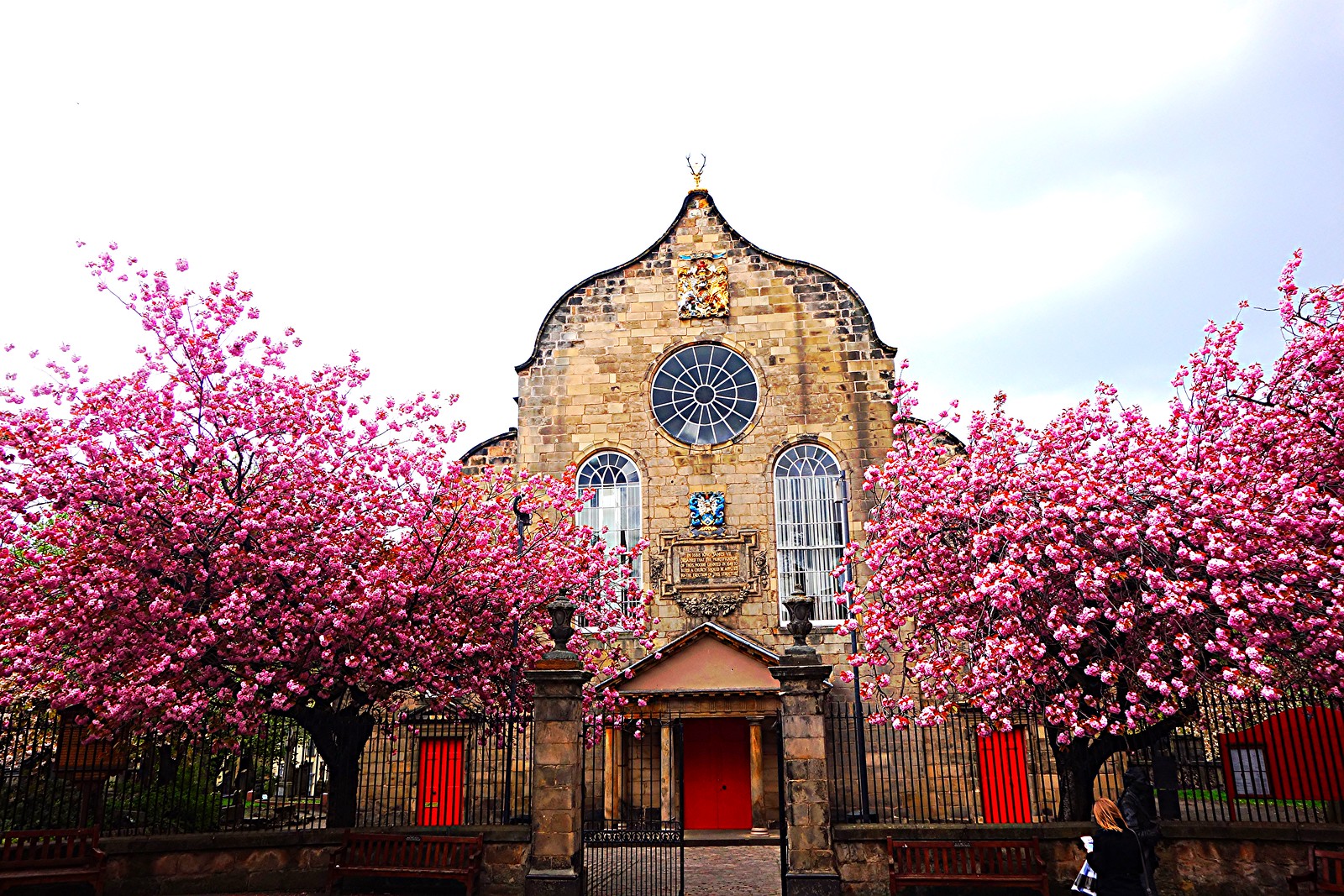