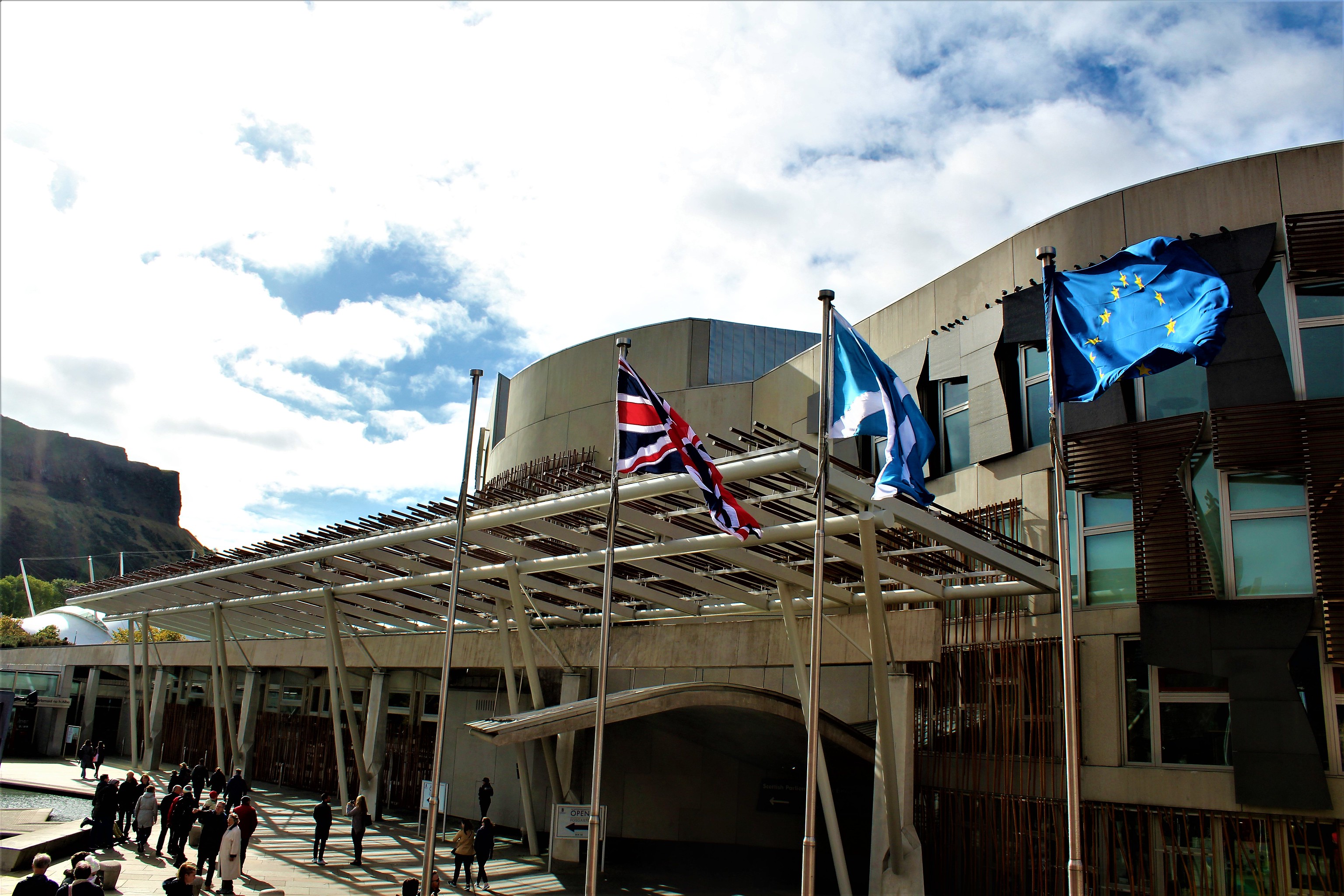 (Above image is a capture of the Scottish Parliament, Edinburgh)

This evening, I am posting information on the Scottish Parliament which is located at foot of the Royal Mile in Edinburgh, Scotland.

The Parliament was opened in 2004 as a consequence of devolution of powers from Westminster (London) to Edinburgh. Up until the formation of the United Kingdom in 1707 Scotland’s Parliament met in a building half way up the Royal Mile behind St.Giles’ Cathedral in Parliament Square. This building still exists but is now occupied by the legal profession.

The new Parliament was designed by Spanish (Catalan) architect, Enric Miralles who, unfortunately, died prior to completion. The cost was GBP431m, some ten times over original budget. The style of architecture is meant to represent the relationship between the Scottish people and nature.
There are 129 seats in the Parliament. Seventy three members are elected direct from constituencies and fifty-six elected on a proportional basis.

Powers devolved to the Scottish Parliament include:
Subject to access times and rules, visitors can enter the interior of the Parliament building and watch debates in process.

Other popular visitor sites in the vicinity include Dynamic Earth, Palace of Holyroodhouse and Holyrood Park.


Image of Holyrood Park with parliament building in middle distance. 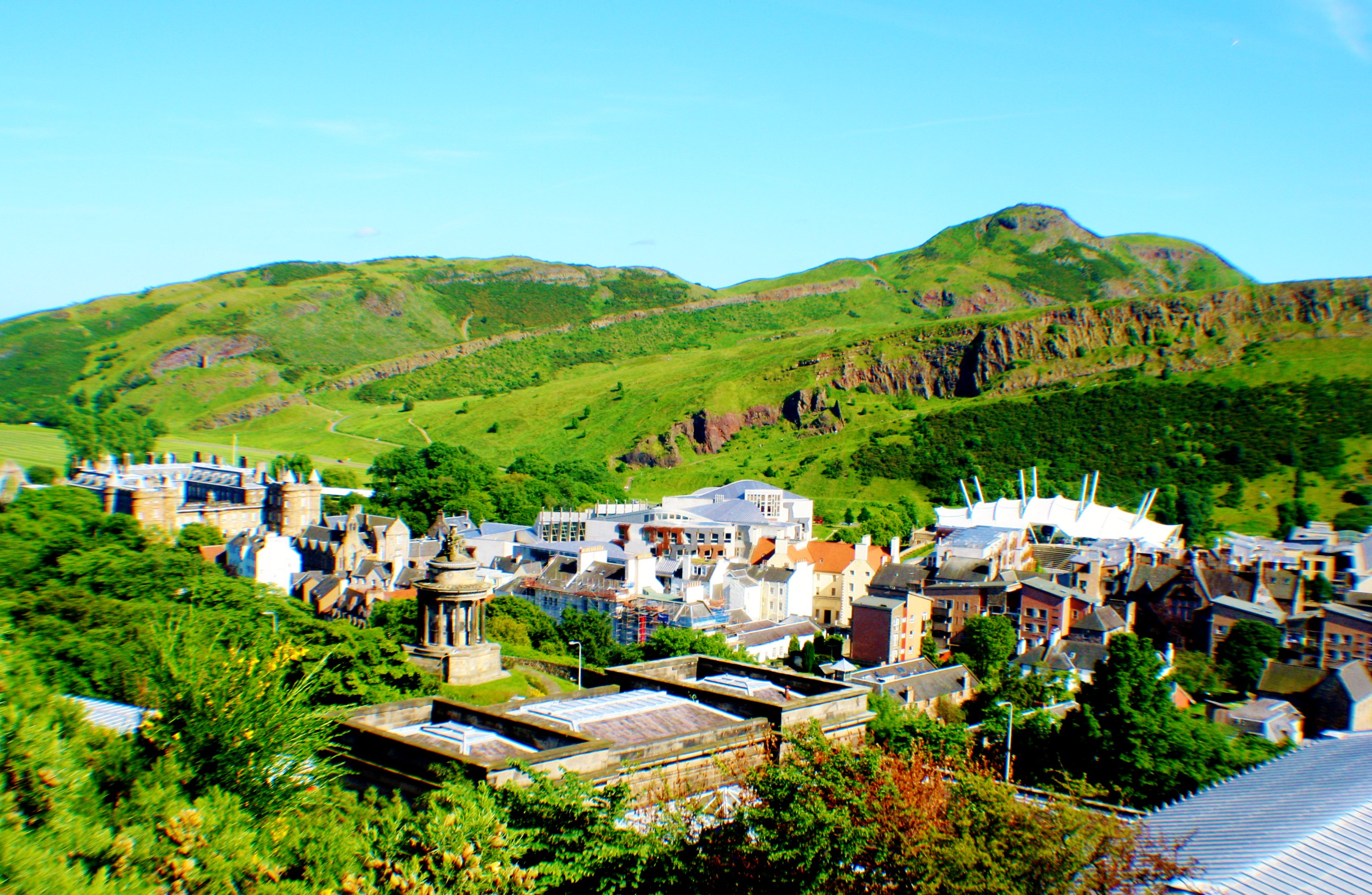 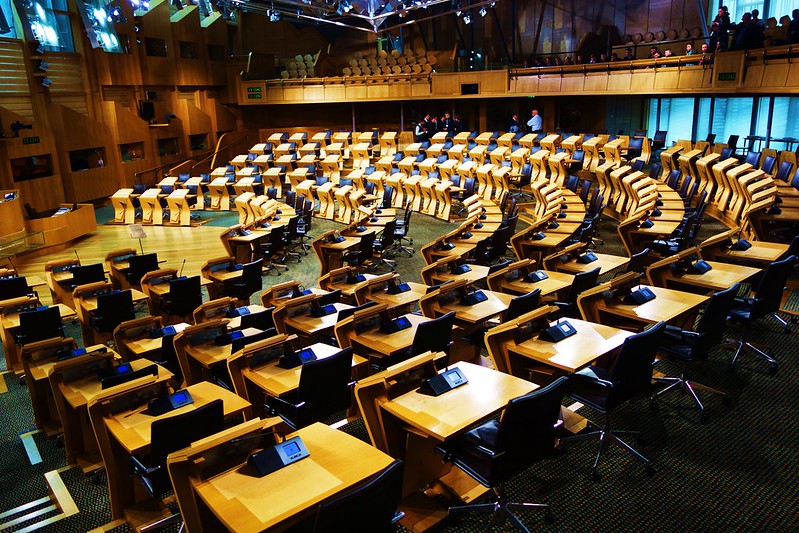 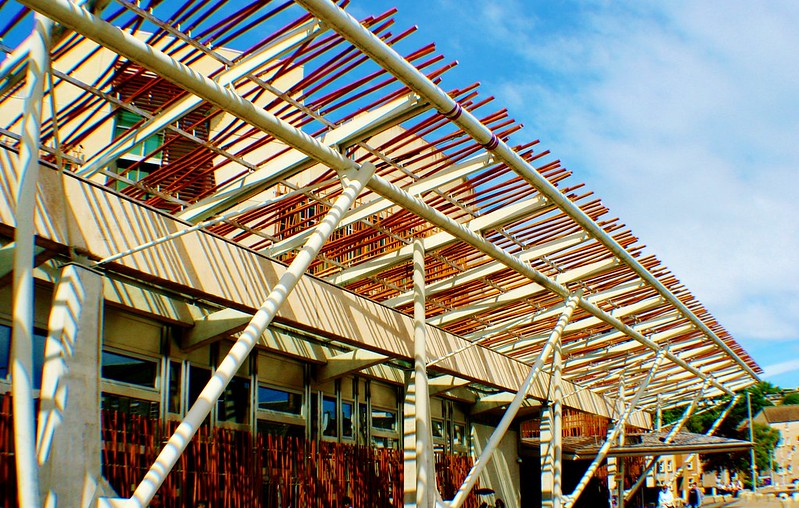 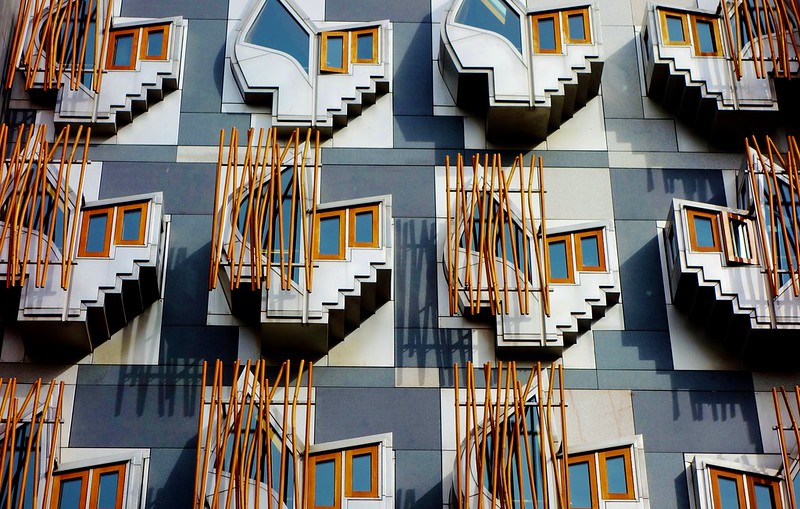