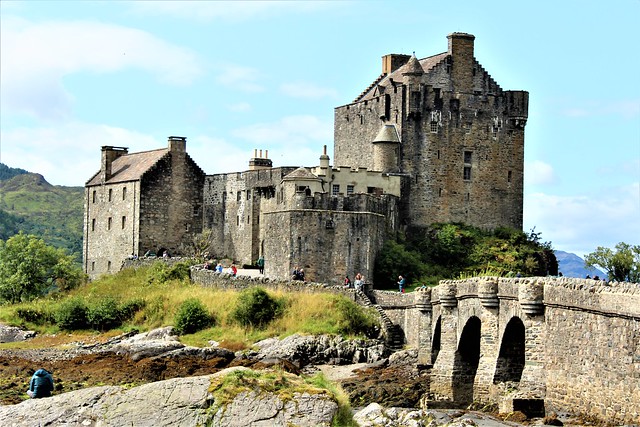 (Above image is a capture of Eilean Donan Castle in the Scotrtish Highlands.)

This evening, I am focusing on Clan MacRae who have long been associated with famous
Eilean Donan Castle in Kintail, Scottish Highlands. The castle is located at Dornie which is just 9 miles east of Kyle of Lochalsh and gateway to the Isle of Skye.

In the early days, Eilean Donan was held by the MacRaes on behalf of Clan Mackenzie with the former benefiting from expansion of the latter’s territory at expense of the MacLeods.

Post Reformation in 1560, senior MacRaes established reputations in the fields of religion and culture, including the Gaelic language and poetry.

Unfortunately, the MacRaes did suffer discrimination in the 17th century due to their adherence to Episcopalianism at a time when Calvinism was gaining ascendancy.

Athough Clan MacRae does not currently have a Clan Chief, Eilean Donan is recognised as the premier MacRae site in Scotland and servers as an extremely popular visitor attraction and filming location.