Linlithgow Cross, an important stone built Scottish structure which has been renewed over a period of 500 years. 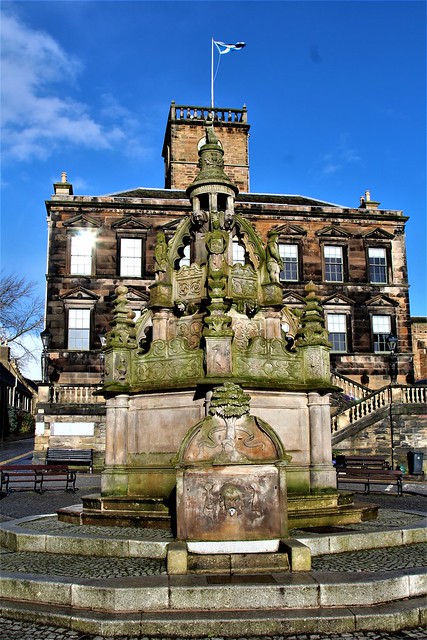 (Above image is a capture of Linlithgow Cross)


This evening, my focus is on an unusual topic, namely the extravagant fountain at Linlithgow in eastern Scotland which has a along and colourful history interwoven with the Scottish/British state.

Although not on the main 'tourist trails' Linlithgow has much to offer the visitor as manifested in:
For more information refer my post of February 8th 2019.


Image below shows the Cross (centre left) in context of the square in which it sits. 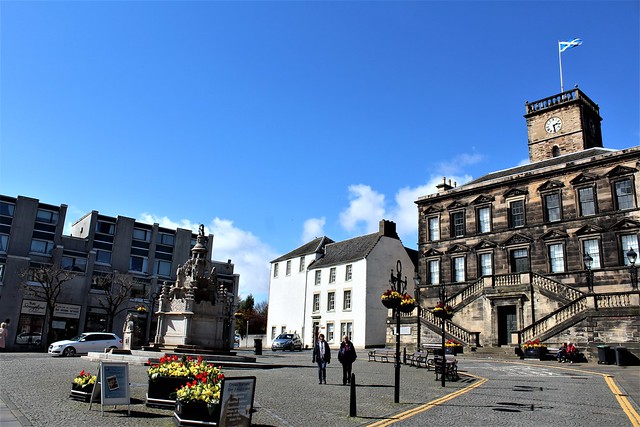 Before piped water was introduced it was common for communities to have access to a public well. In Linlithgow's case the well was just a hundred yards or so from the palace of the Scottish royalty and hence it had special significance and benefited from elaborate design. Here is a chronology of Linlithgow's Well (or Cross or Fountain):