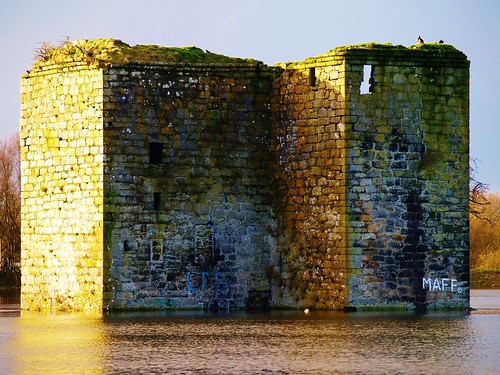 This evening, I am posting information on Stanely Castle near Paisley, S.W. Scotland.

To reach a viewing position requires something of an adventure, entailing a hike along an unofficial and very rough trail which navigates round the S.E. of the reservoir in which the castle now sits. However, the hike can prove a rewarding experience with opportunity to view and photograph many types of water birds in the locality.

The castle is located at the western end of the reservoir. It may have originally been built on an island in a marsh but, as the chronology below shows, was abandoned and became partly submerged when the area was flooded in order to provide Paisley with a clean water supply.

Historical chronology as follows:
The castle is in good condition, probably protected from 'stone robbers' due to its watery location. However, there is no official access route/facility to view or even visit the structure. 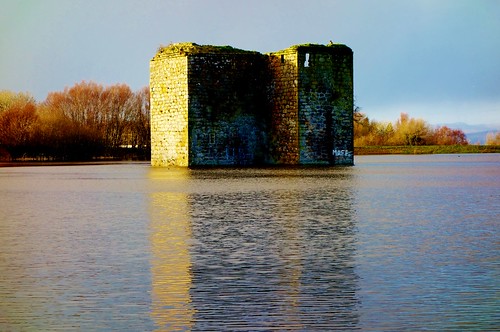 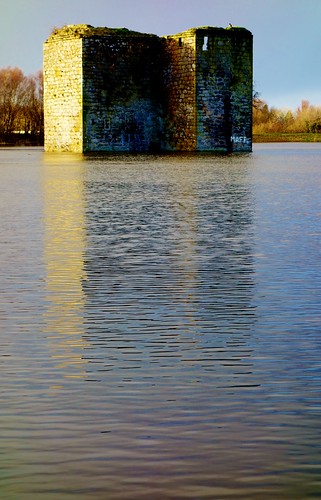