A link with to the 19th century via the Blackhouse Village on Lewis, Scotland 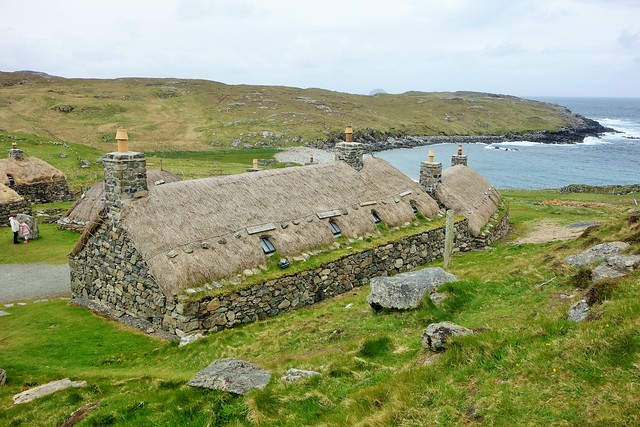 This evening, I am posting information on the historic Gearrannan Blackhouse Village on the Isle of Lewis in Scotland’s Outer Hebrides.

Location is a bay at Carloway, about twenty-five miles west of Stornoway.

The traditional stone built houses with thatched roofs date from the late 19th century and housed a community engaged in traditional fishing and farming activities predicated on a basic, self-sufficiency lifestyle.

Electricity was first introduced in 1952 with piped water and regular milk deliveries in the next decade.However, the last residents were re-housed in 1974 after which the buildings fell into decline.
Restoration commenced following involvement of a local community trust using traditional methods.

Gearrannan is now a visitor attraction with some cottages available for holiday/vacation rental. At this site is a craft shop, restaurant and Harris Tweed weaving demonstrations.

There is no agreement on the origin of the term ‘blackhouse’. Possibilities include:
A good spot to connect with the not-so-distant past! 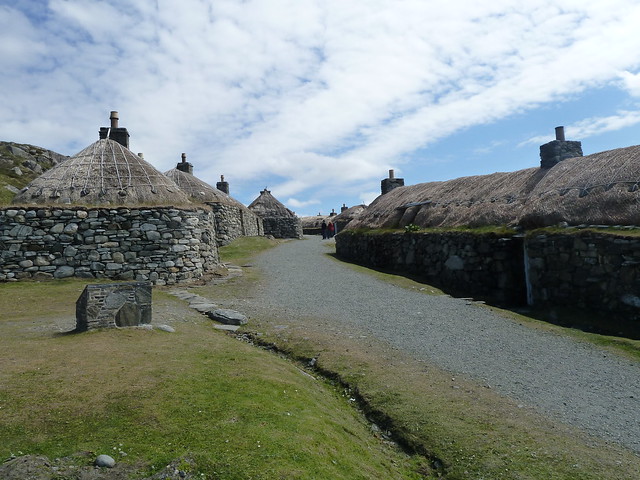