This afternoon, I am providing information on Knowth, in Ireland. This is one of the Neolithic (4000 BC to 2500 BC) prehistoric passage-tombs found in the Bru na Boinne region but with cultural links to a wider, Atlantic tomb building culture, using megaliths (great stones) stretching from Portugal to Scandinavia.

The site is about fifty-four kilometers (thirty-three miles) north of Dublin. 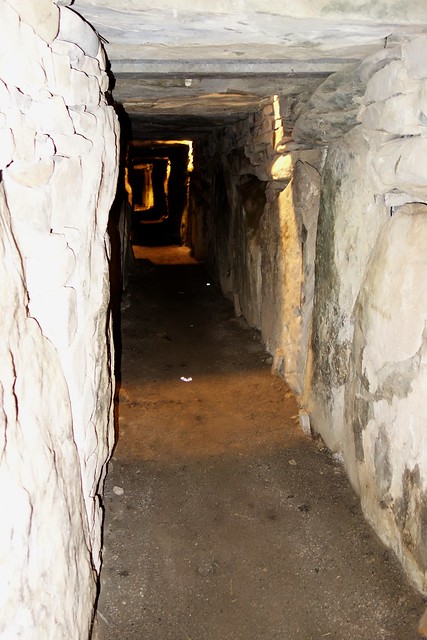 Construction of Knowth and other passage tombs would have required a massive community effort with the projects transcending the short lives of the people.

Until construction of the pyramid of Djoser in Egypt in 2640 BC, Knowth would have ranked as the largest building in the world.

Close to Knowth are between 17 and 20 smaller satellite tombs which are contemporary with or pre-date the great mound of Knowth. 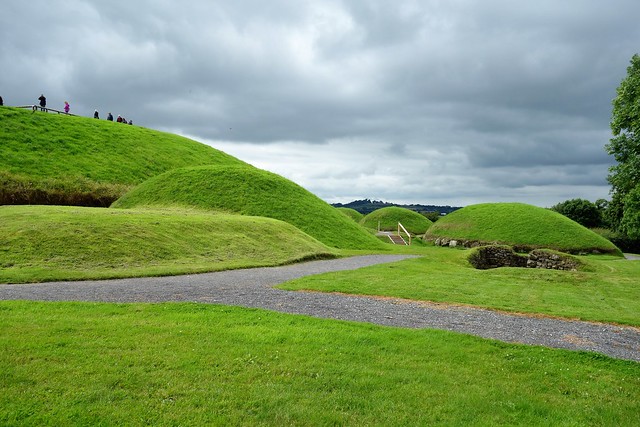 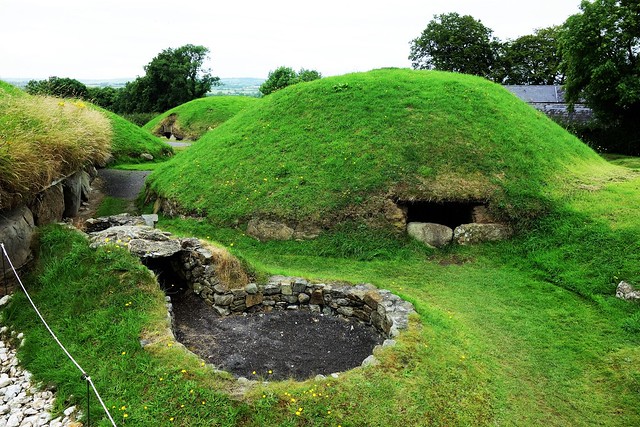 Inside Knowth are found:
It seems likely that Knowth and similar sites were used for cremation and burial rites with emphasis on the afterlife. All members of the community were buried there, sometimes with burial goods.
Knowth also contains many elaborate stone carvings, aka ‘rock art’. The carvings are found on over 250 stones. 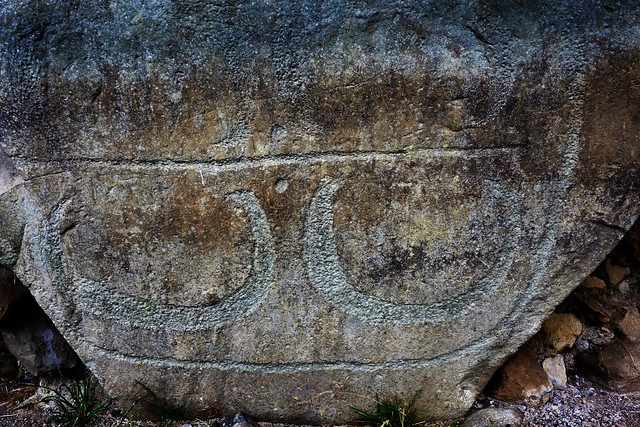 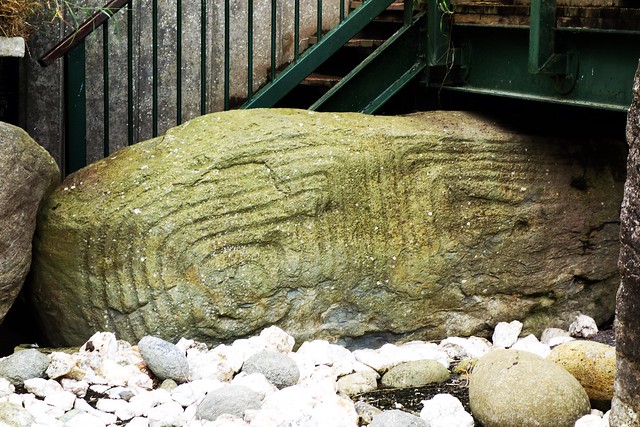