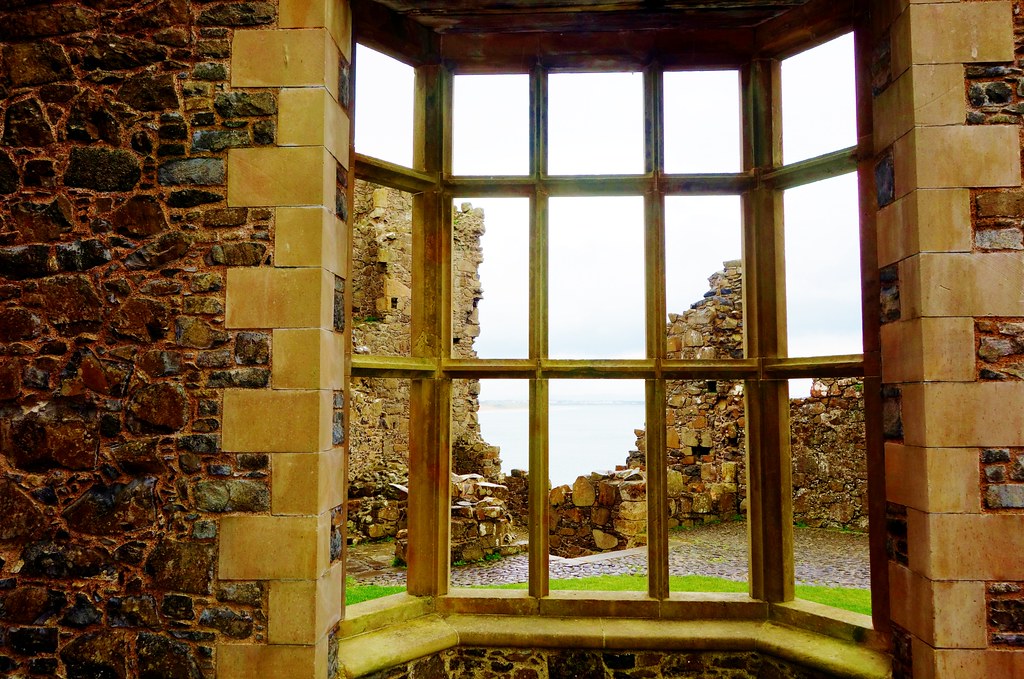 This afternoon, I am posting information on Dunluce Castle in Northern Ireland which is located on the North Antrim Coast, a few miles west of the Giant’s Causeway and about sixty miles NNW of Belfast. A visit to this castle usually forms part of a tour of the Causeway Coast. 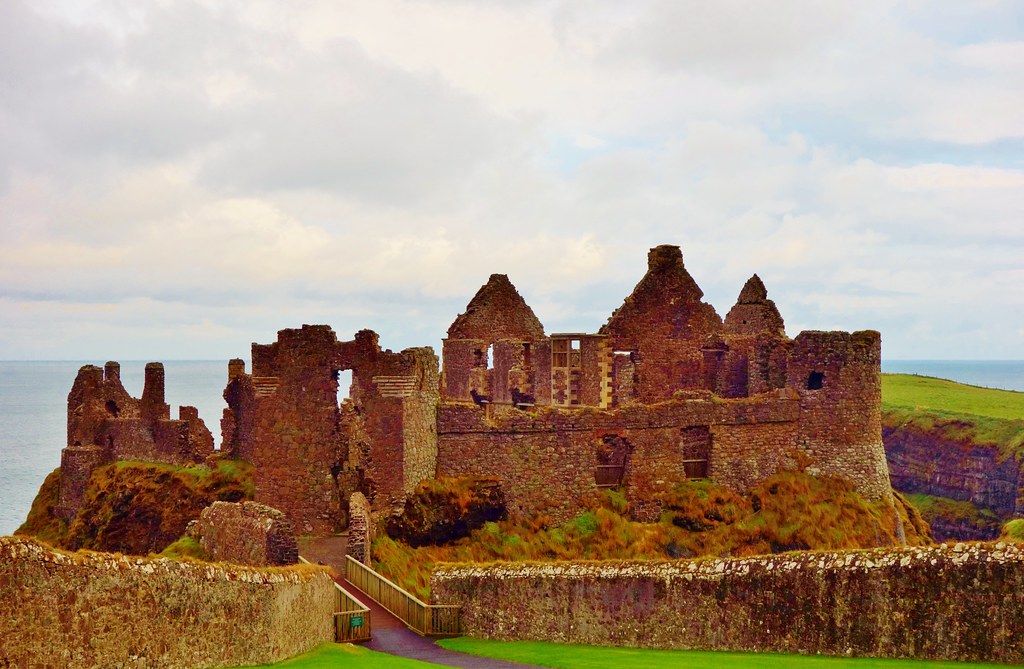 As a power base the site is relatively young by British standards. The earliest standing remains date from around 1500 but the castle reached its zenith in the early 17th century under Randal MacDonnell and his son, also Randal MacDonnell both whom achieved status of Earls of Antrim under King James I.

The MacDonnells brought to Ireland large numbers of Scots to act as a counterweight to Irish Catholics and suppress revolts from that quarter. The family was initially very successful and gained large estates and wealth. However, Randal fell foul of the British when he was arrested in 1642. Whilst Randal regained his estates in 1665 the family chose other sites as residence and Dunluce progressively fell into ruin.

Today, the remains include: 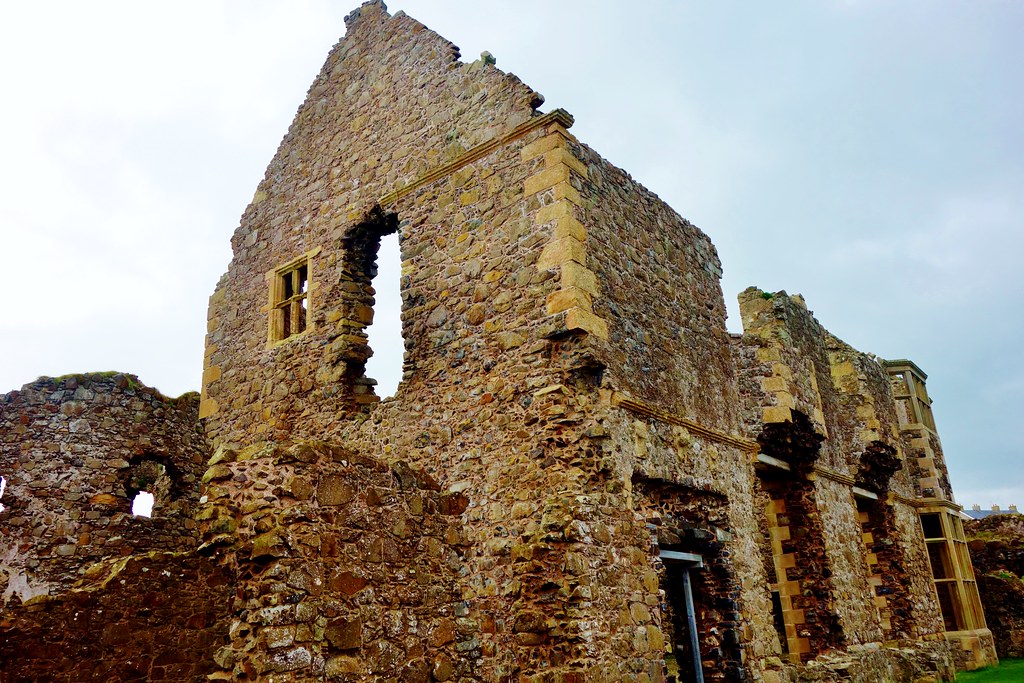 Jacobean Mansion, Dunluce Castle
Close to the castle archaeologists have found the remains of Dunluce Town which was abandoned around 1680.

The promontory location offers superb views of the the local coastline. 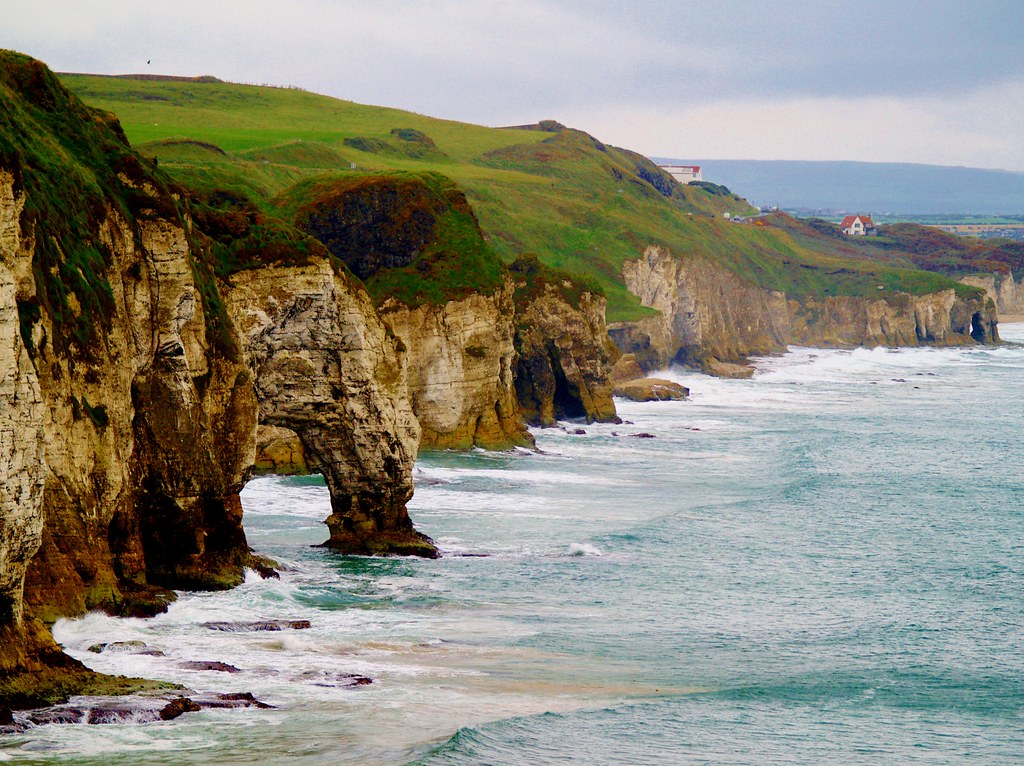