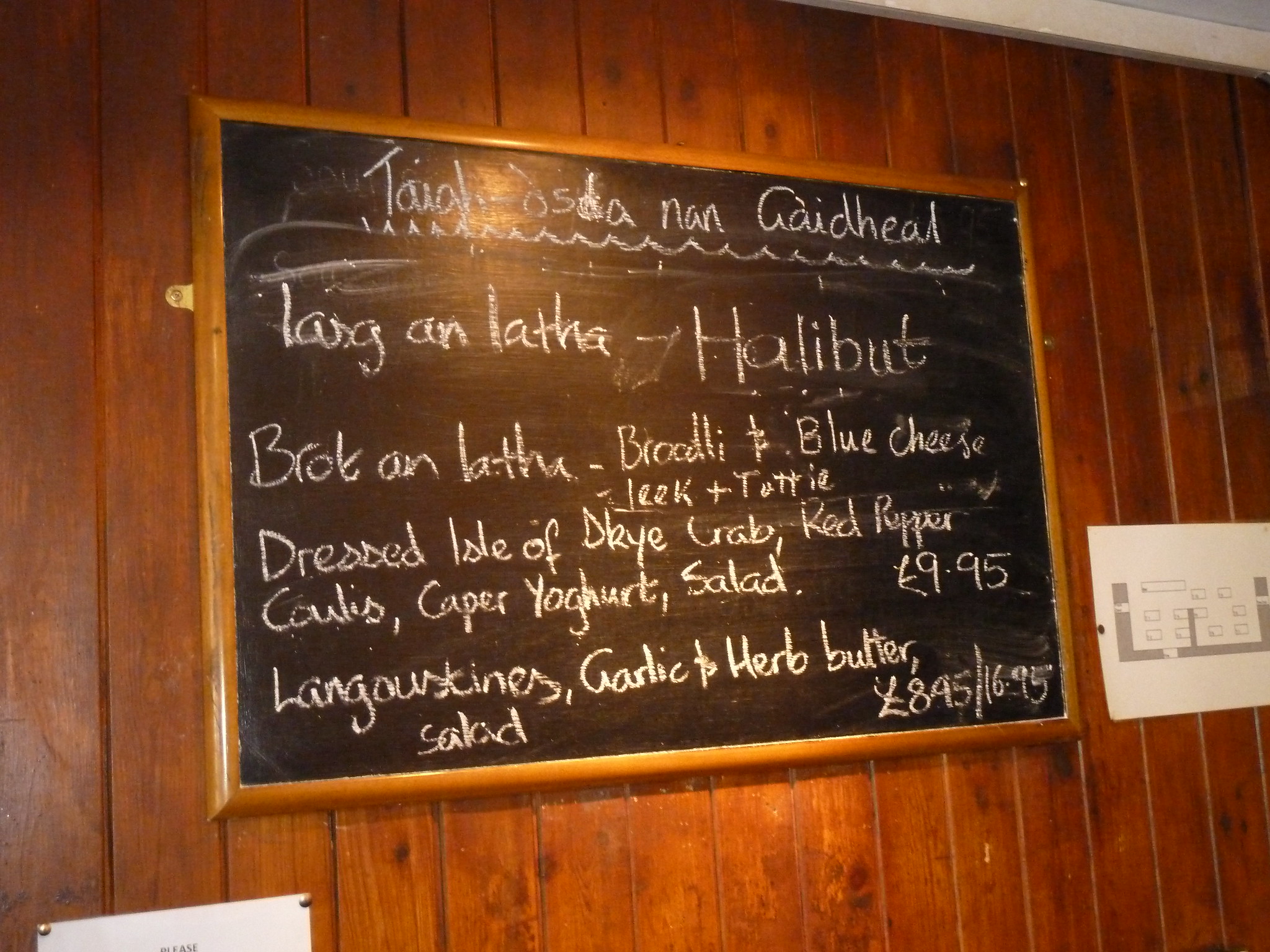 Menu on Isle of Skye partly written in Gaelic.

I last reported on the Gaelic language in Scotland per post of Nov 28th 2019.

Events have moved on. The following summary has been sourced from a report in today's Times newspaper.

By way of a quick recap, Gaelic was brought to Scotland from Ireland as a function of people movements around the 5th/6th centuries AD. Because the Irish consolidated in the west of Scotland first this has always been the 'heartland' for Gaelic speakers. Gaelic is an official language in Scotland.
Scots Gaelic