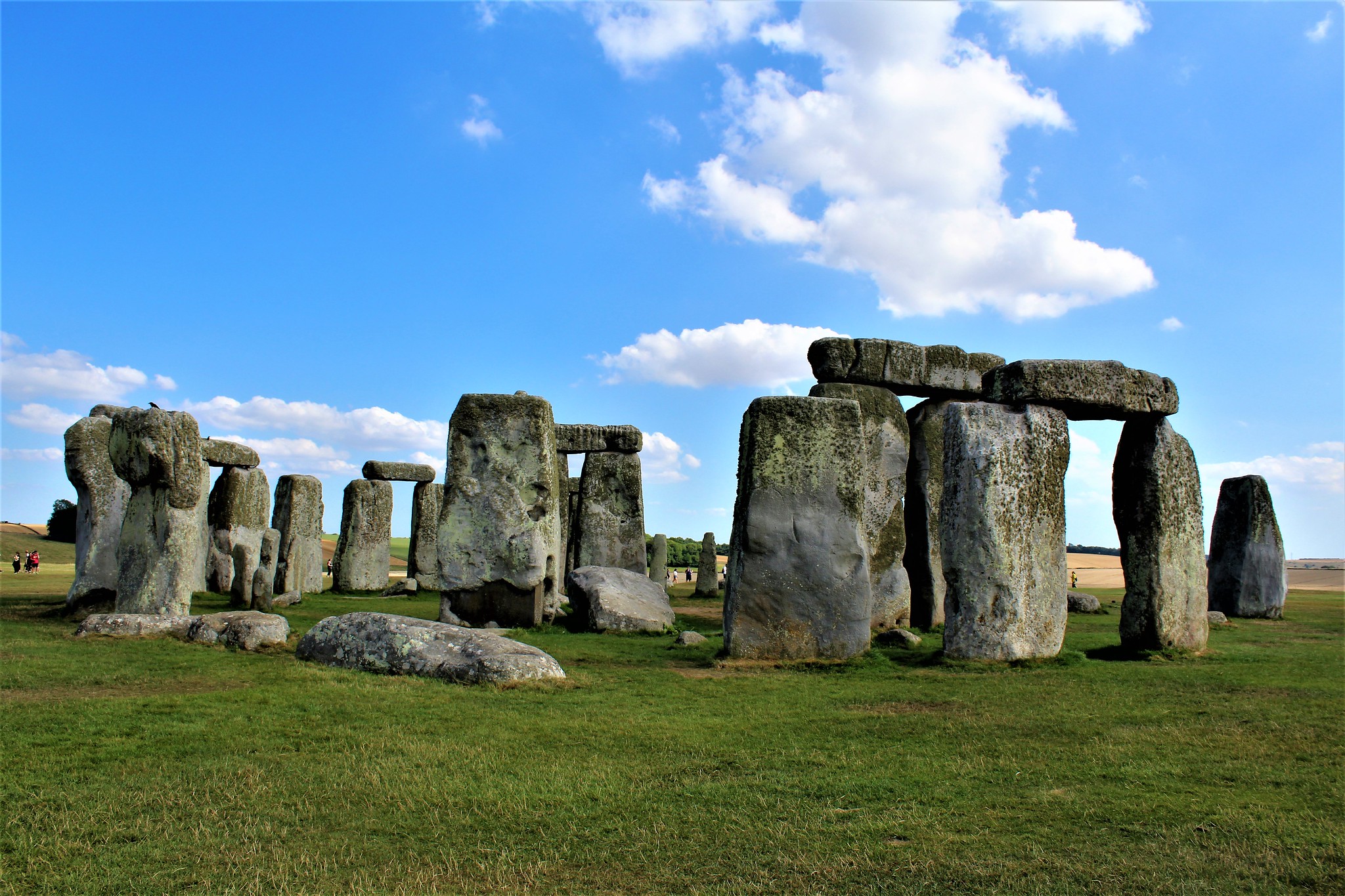 This evening I am reporting on two recent developments concerning the history and archaeology of the Stonehenge site. The area around Stonehenge has been described as "the most studied archaeological landscape on earth."

By way of a quick recap, Stonehenge lies about ninety miles west of London, near the ancient English city of Salisbury.A history of the complex site can be found here.

The monument is mainly comprised of stones carved from two types of rock: 'sarsens' which are grey-green stones sourced from the locality and 'bluestones' (smaller pillars which stand in a rough circle) which are thought to have been sourced from the Preseli Hills in West Wales, a distance of some 220 miles.

It is believed the 'bluestones' originally totalled eighty of which forty-three remain. These stones weigh between two and four tons each.

For the last one hundred years or so experts had postulated that the bluestones were extracted from the Preseli Hills then moved immediately south and transported east on rafts up the Bristol Channel to somewhere near Avonmmouth and then on to Stonehenge by the local river systems. However, scientific research on one particular stone, namely the six-tonne so-called 'altar stone' has identified its source as Abergavenny, also in Wales.Consequent on the Abergavenny discovery, academics now believe the bluestones were transported entirely over land as the location of Abergavenny would fit in well with the land route from Preseli to Stonehenge.

The 'altar stone' lies recumbent, more-or-less in the centre of the circle as illustrated in the image above. Click on the image for enhanced view.

The Google Maps extract below illustrates the route from Preseli to Stonehenge using today's road system. Of course, between 4000-5000 years ago there were no roads nor did the peoples of the day have use of wheel technology.Moreover, the landscape was largely untamed. This puts the herculaean task of moving eighty stone monsters with average weight 3 tons over 220 miles in context.If this logistical event actually happened it would require sophisticated planning and resourcing skills entailing huge teams of men at a time when life expectancy was about 30-40 years. Moreover, there would be the matter of providing the teams of men with sufficient energy food to move the stones.

It is not clear why the stones from Wales were so important to the builders of Stonehenge.The writer has visited many stone circles around the British Isles and is unaware of any other site where the stones have been transported over such a huge distance. 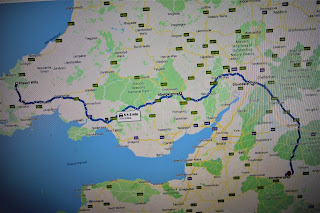 The second development centres on the discovery of a 1.2 mile (2km) circle of  > 20 large shafts or pits measuring more than 10m (30 ft) in diameter and 5m (15ft) in depth. These pits surround the ancient settlement of Durrington Walls, two miles (3km) from Stonehenge. The discovery was made using remote sensing technology and sampling.

Durrington Walls is the place where the builders of Stonehenge lived and feasted.

The investigation suggests the pits were excavated by Neolithic people more than 4500 years ago. Like the movement of the blustones from Wales, excavation of the pits using primitive tools would have required considerable organisation of labour. There are indications that the pits were left open to the elements and progressively silted up.

It is believed that the pits may have served as a boundary to a sacred area connected to the henge.

Acknowledgements: Core of information above was sourced from the Times newspaper and BBC News website.