This evening, I am reporting on Foulis Castle which together with its occupants has a most intriguing history.

Landscape view of Foulis Castle, viewed from the east. 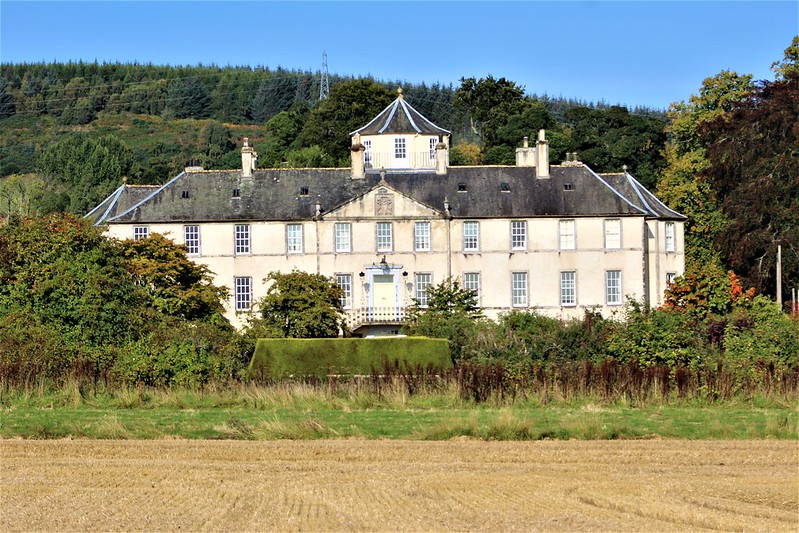 The castle is located near to the village of Evanton in the region of Ross & Cromarty in the Scottish Highlands. This is about eighteen miles north of Inverness.

Foulis Castle has been a long-standing home to the Chief of Clan Munro. Today, the Chief and his wife reside in a property just a few hundred yards from the castle with the Chief's son and family having taken up residence in the castle.

The Munros actually moved to Scotland around 1025 AD from the Londonderry region of Northern Ireland. The 'ro' element of the name is attributed to the River Roe in Londonderry. Unlike many British aristocrats, the family does not claim Norman-French descent.

Over the course of around 1000 years the Munros have controlled large tracts of farming land in the Ross & Cromarty region. Whilst fortunes have waxed and waned over the years farming still remains a key activity which has been supplemented in recent times by tourism.

The castle building today dates from the late eighteenth century but this was a re-build of a previous miltary type structure dating from medieval times.The  current building is a direct result of the Battle of Culloden in 1746 when an insurgent Jacobite army (mainly Highland clans) under Bonnie Prince Charlie was defeated by forces of the British government under the Duke of Cumberland. The Munros formed a minority of Highland clans who sided with the government forces. By way of retribution after the battle, forces of nearby Clan Mackenzie (Jacobite supporters) set fire to and largely destroyed the Munros' old-style, medieval castle. However, because of the Munros' support for the government they were awared a significant grant to rebuild which resulted in the building we see today.

View of rear courtyard which was originally the main entrance. 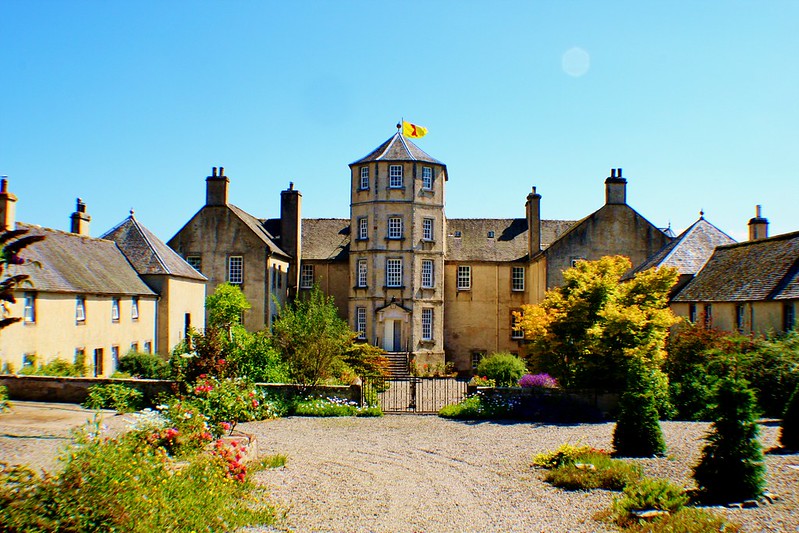 View east from main entrance of Foulis Castle with Cromarty Firth in centre and Black Isle in distance. 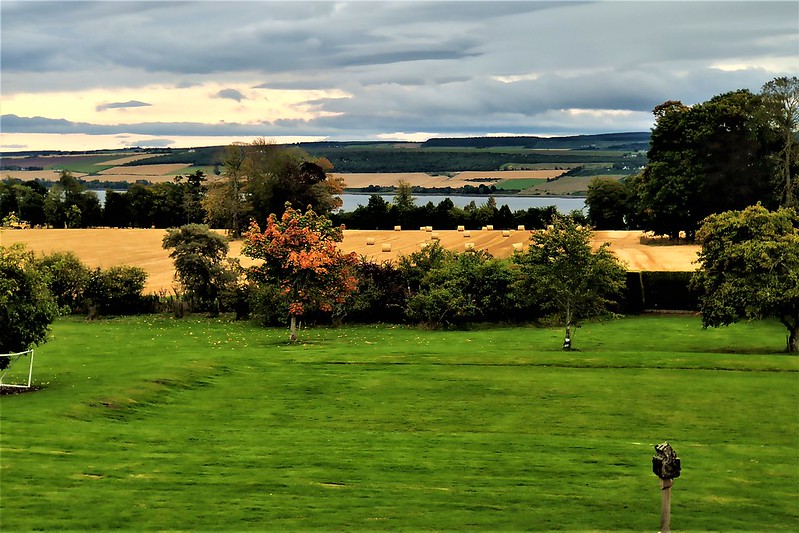 The current building dates from the late 18th century . At its peak the extensive structure was a self-contained unit housing not only the family but an extensive support staff with servants, a laundry, livery, gardens and other relevant activities. Readers may wish to compare with TV programmes such as Upstairs Downstairs and Downton Abbey.

Construction of the latest building was not undertaken on a greenfield site but incorporated elements of the previous stone castle which remain evident today. (During our stay at the castle I was curious as to how one of the first floor rooms (second floor U.S.) in our apartment had a heavy stone floor. In course of undertaking a conducted tour of the building I discovered that the subject floor was actually supported by a barrel vaulted structure dating back to medieval times. In the void were some ancient grave-markers with symbols, not script.)

My wife and I greatly enjoyed our four day stay in one of the self-catering apartments (vacation rentals) at Foulis.