Carlisle Castle: An English fortress with a history stretching back to Roman times. 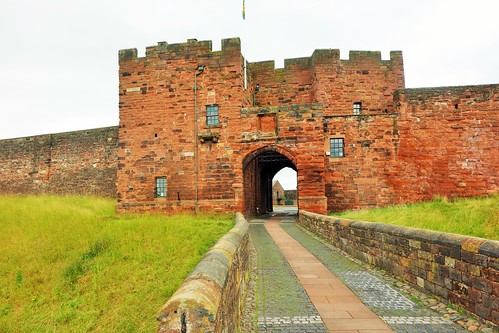 This evening, I am reporting on  Carlisle Castle in N.W. England, about eleven miles south of Gretna Green close to the England-Scotland border. This fortress is prominently positioned overlooking the flood plain of the River Eden. The castle is some 900 years old and is built of red sandstone on the site of first century AD Roman fort. It has featured in border wars between Scots and English and served as a base for patrolling an unruly border during the Tudor era (1485-1603) Later, during the early 19th century, the castle was re-fortified in context of controlling political unrest of the times.

Onomatology:  The name Carlisle has its origins in the 5th century when it was known as Luguvallium which may be derived from Latin. By the 11th century the name had been shortened to 'Lujel'. To  this the local Brittonic (Welsh) speakers added the prefix 'Caer' meaning fortified place and hence Caerleoil (1130) and Carlisle today.

Carlisle Castle has also served as a prison over the centuries with most famous ‘inmate’ being Mary Queen of Scots in 1567.

The Castle is connected with ‘The Bonnie Banks of Loch Lomond’ song with the lyrics usually attributed to a Jacobite (Scottish) prisoner, languishing in Carlisle prison, awaiting his fate.

A section of the castle interior is still used by British military today. 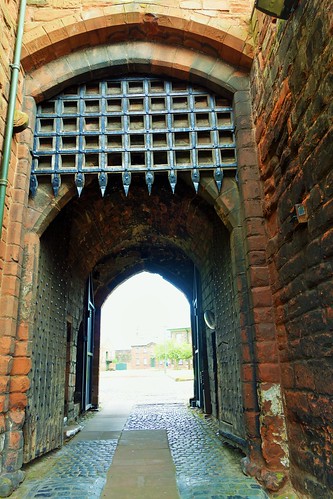 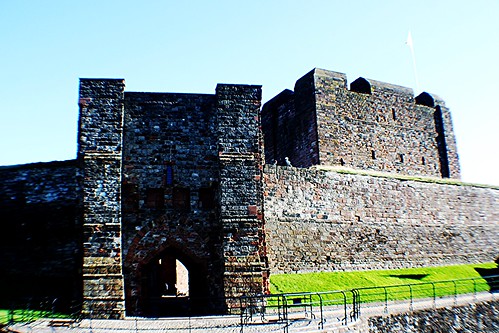 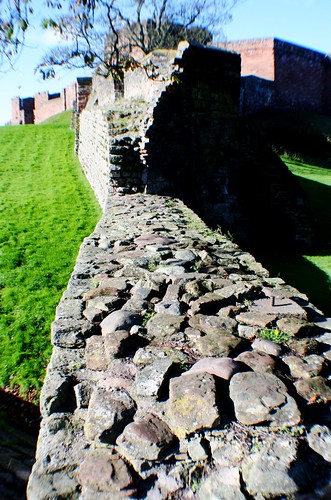 The castle is open to the public and offers a good stop for people hiking along Hadrian’s Wall.

Here is a video clip of the castle exterior.