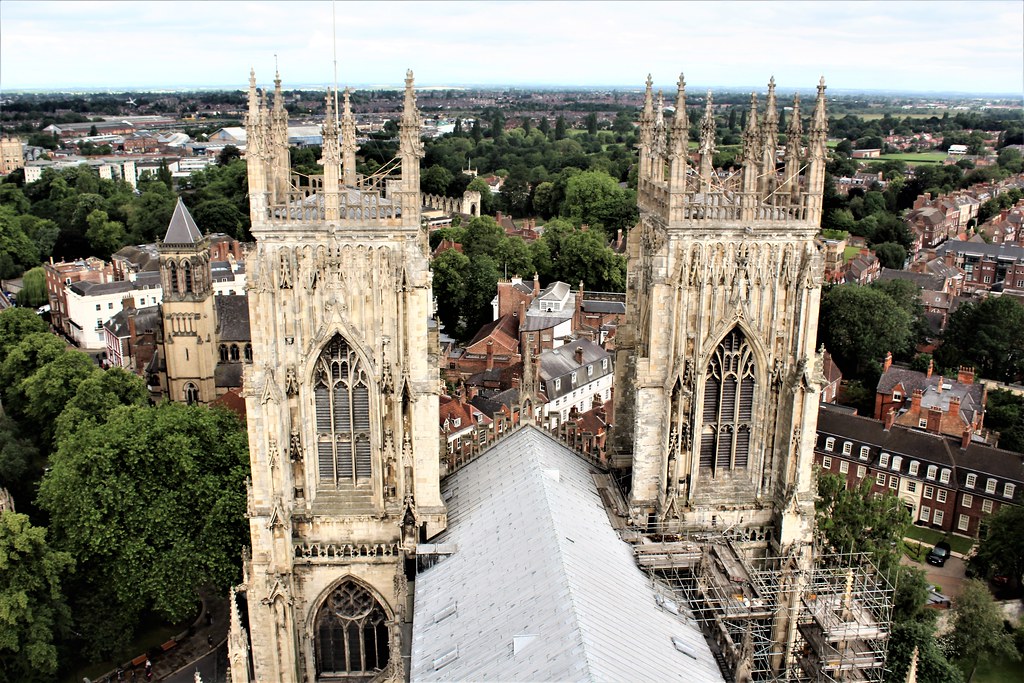 View of York from Central Tower of York Minster

This evening, I am posting images and information on York Minster, a world-class Cathedral in Northern England. 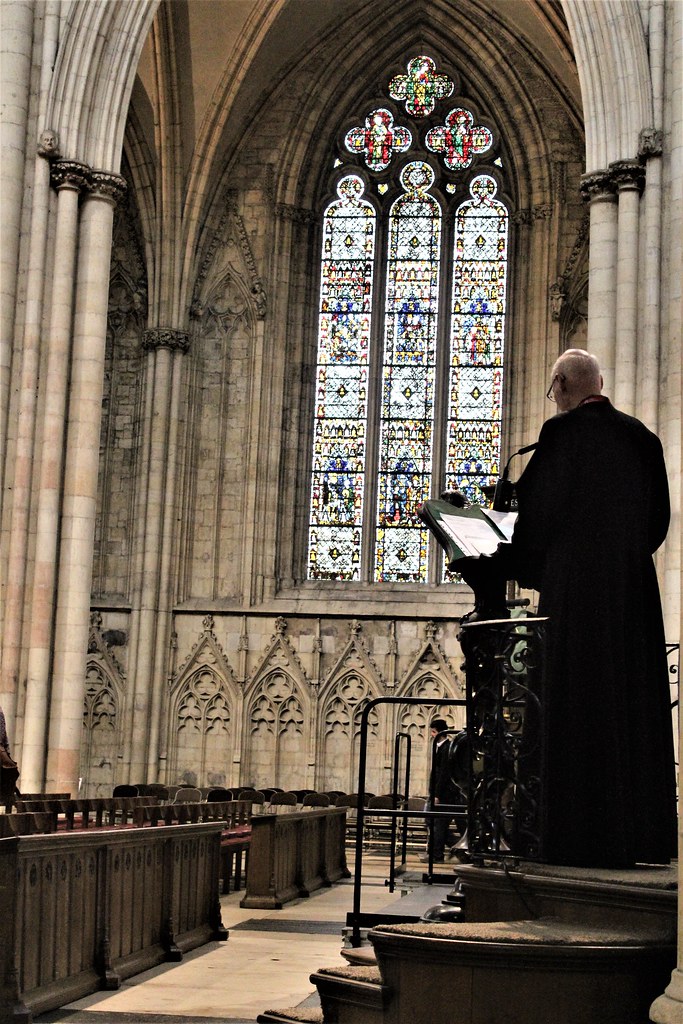 Minster was an Anglo-Saxon name for a missionary church. The first Minster in York was established in AD 627. This was superseded by the Norman Cathedral in 1080 under auspices of the Roman Catholic Church. This structure was subsequently embellished and extended through to 1534 when the Church of England ( Episcopalian) separated from Rome. Subsequent to the 16th century three major fires occurred which required restoration plus underpinning of the central tower (in 1967) which was in danger of collapse. 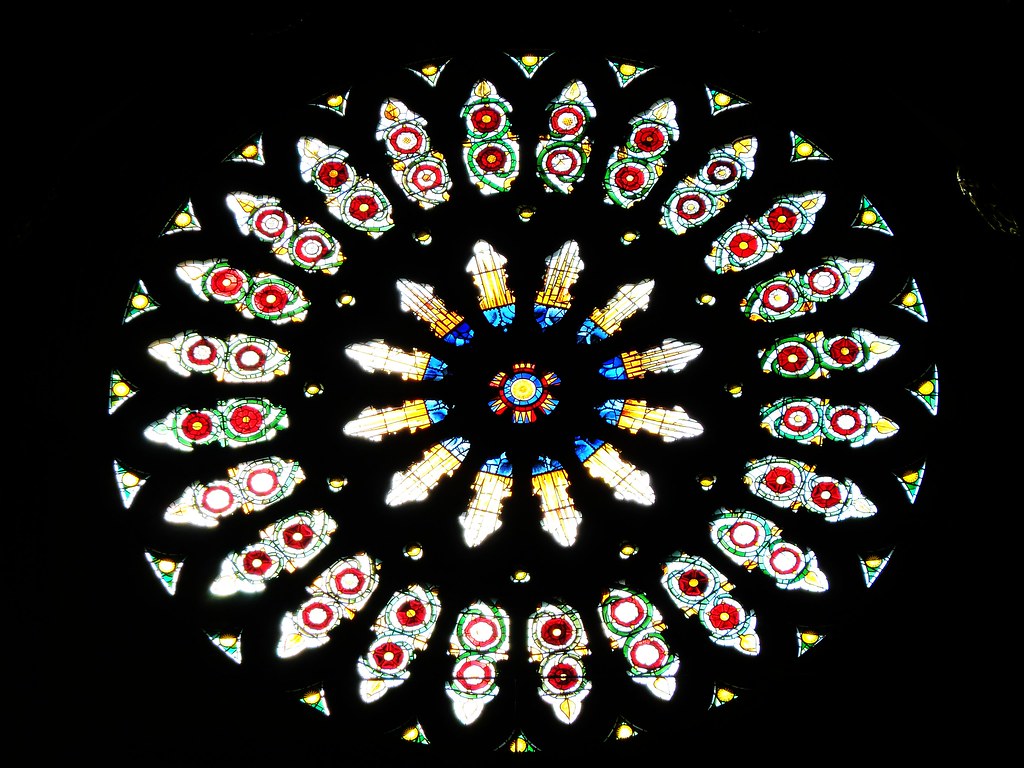 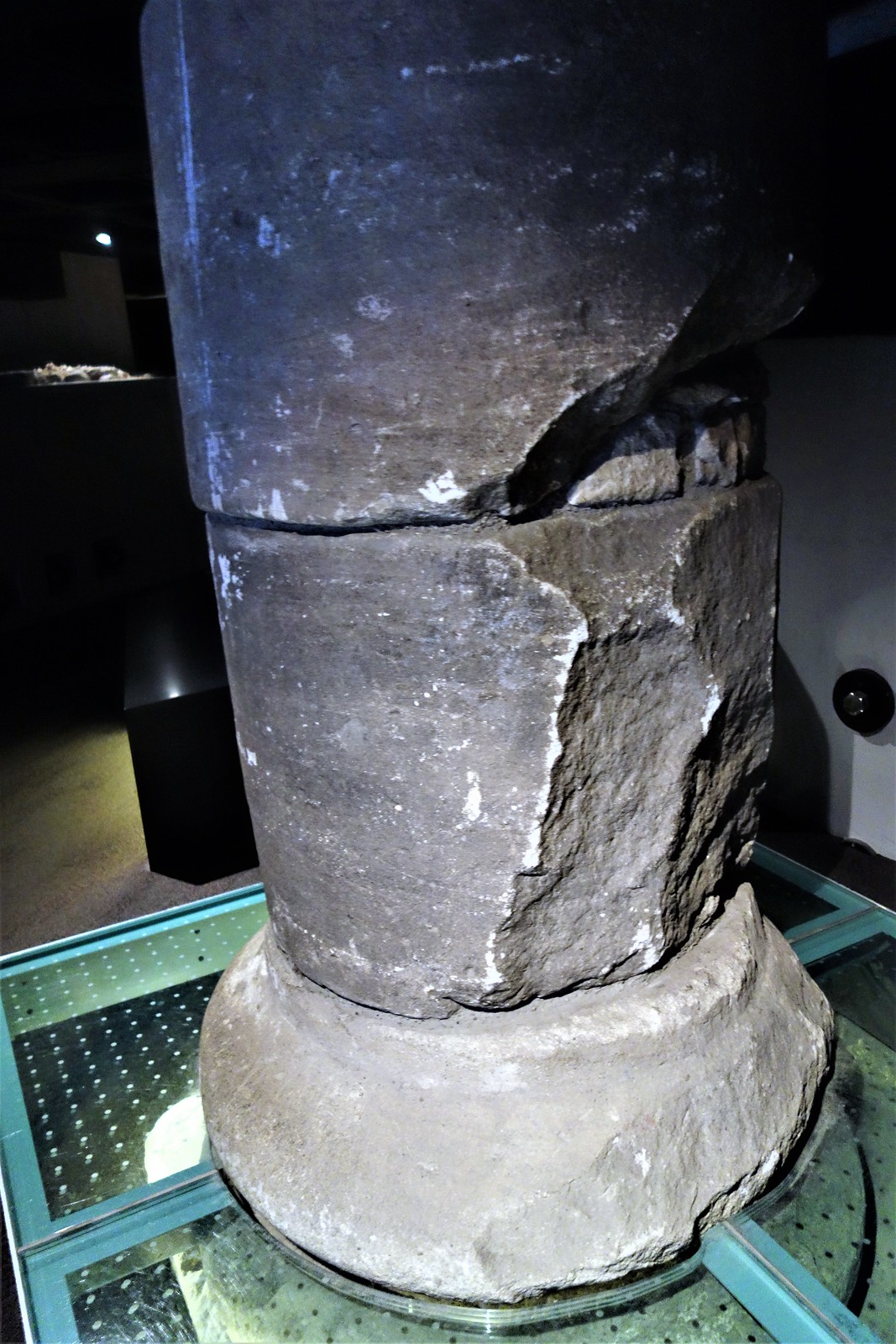 Base of Roman column

Today, the Cathedral is the seat of the Archbishop of York and home to the Minster Choir, one of the U.K.’s top choirs. 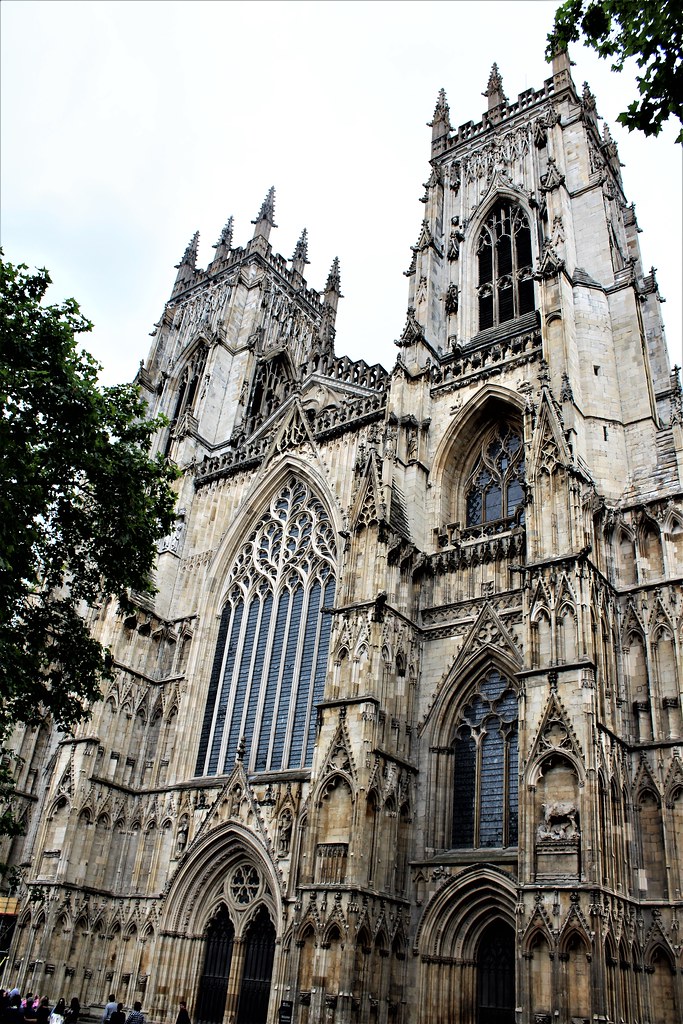 As will be evident from the images herein the Cathedral is well endowed with stained glass and outstanding architectural features which date back to the medieval period. Of particular note are: 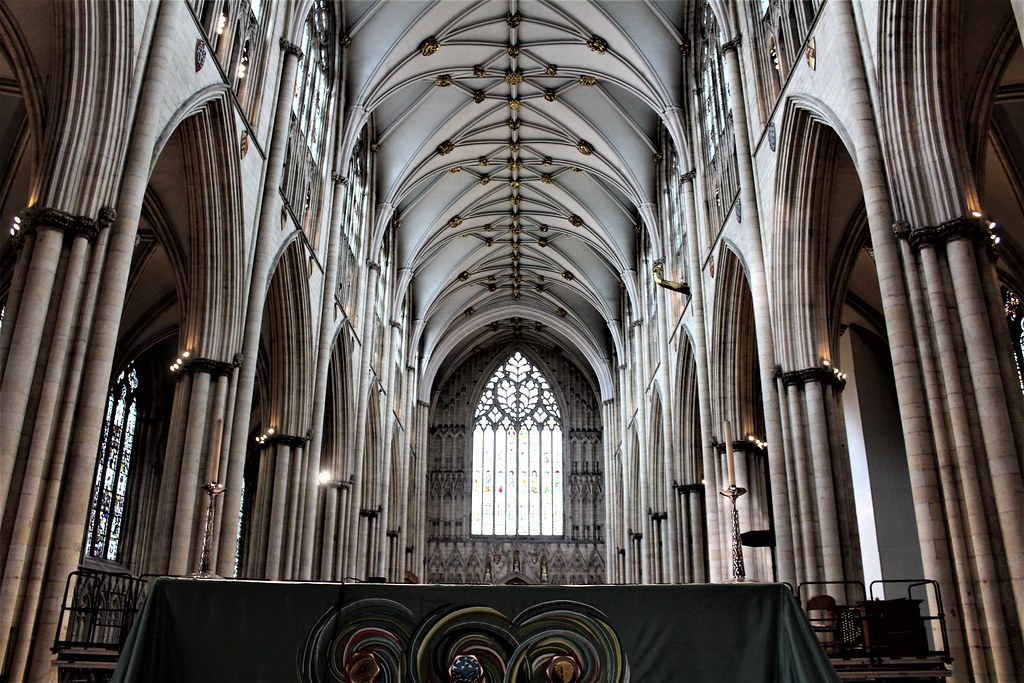 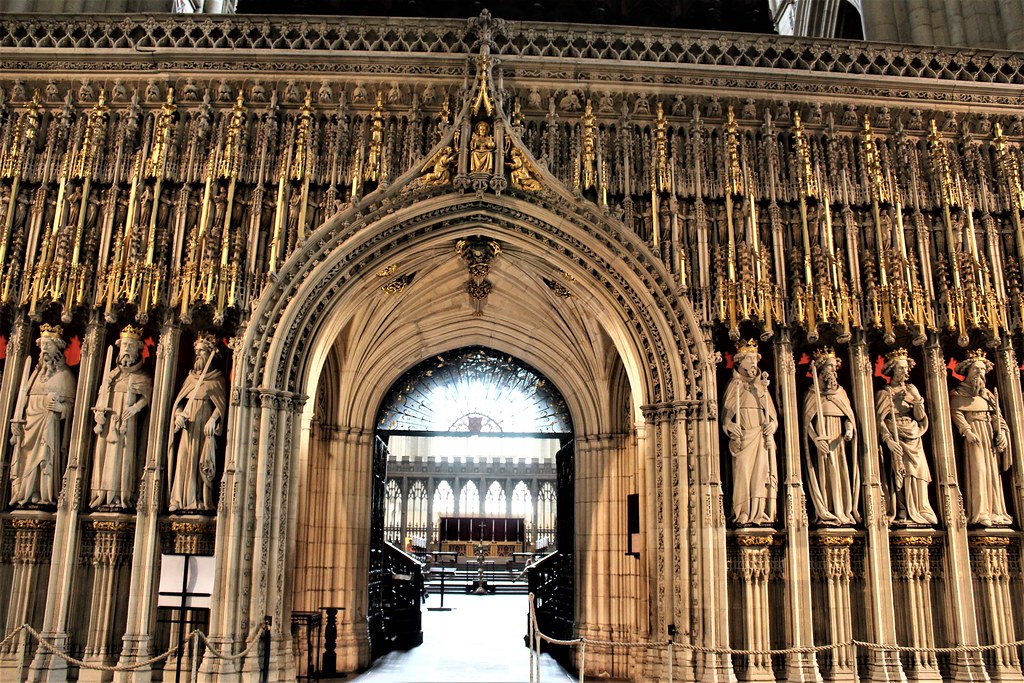 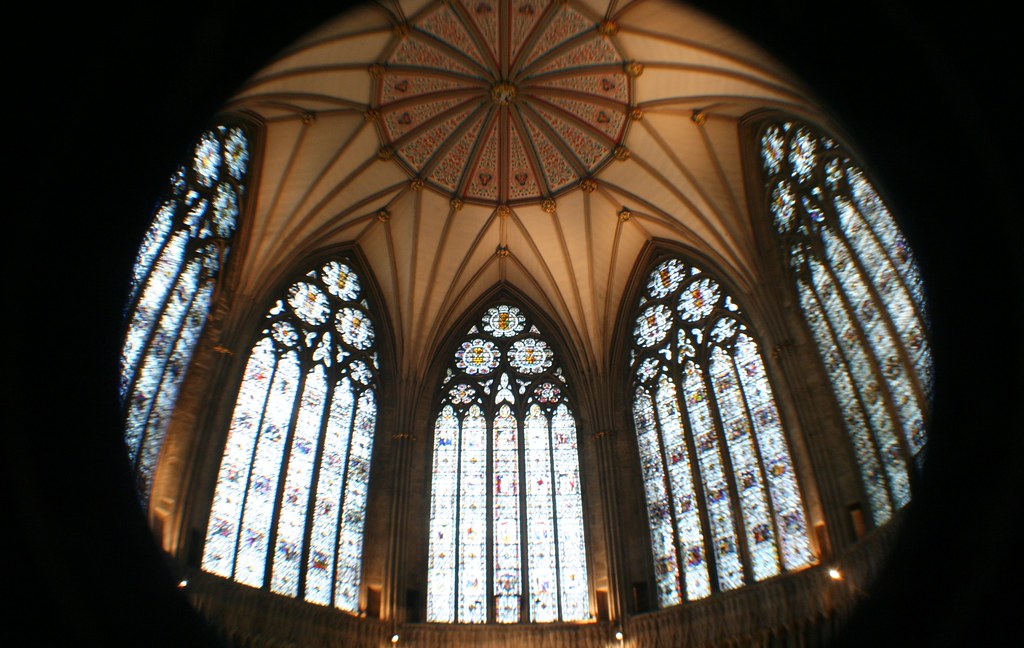 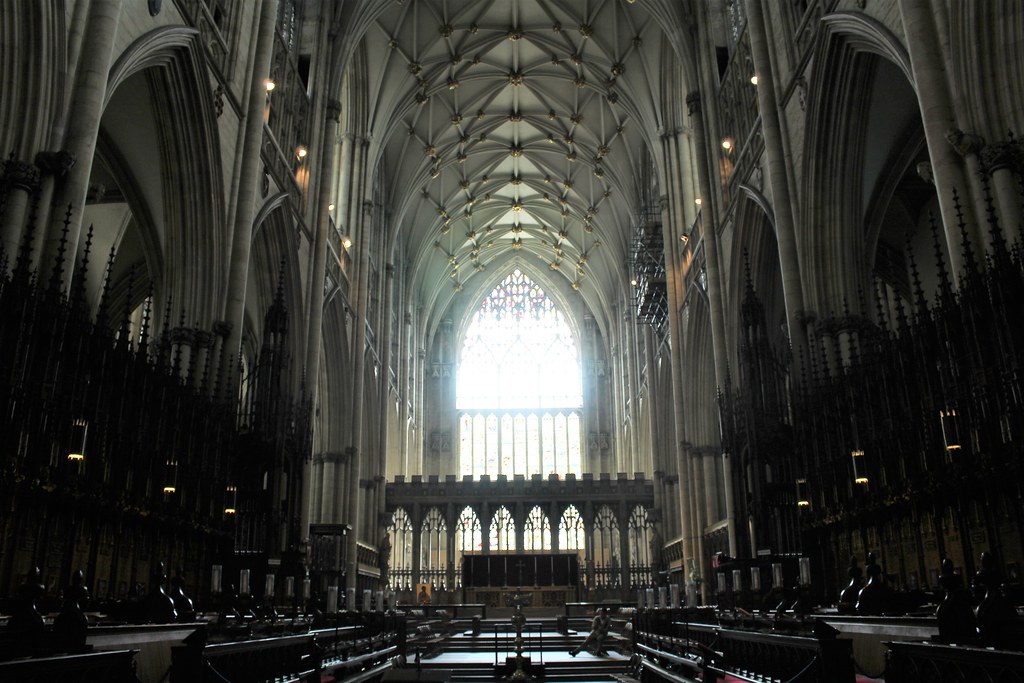