Report on a sudden change in the genetic make up of British people in prehistoric times. 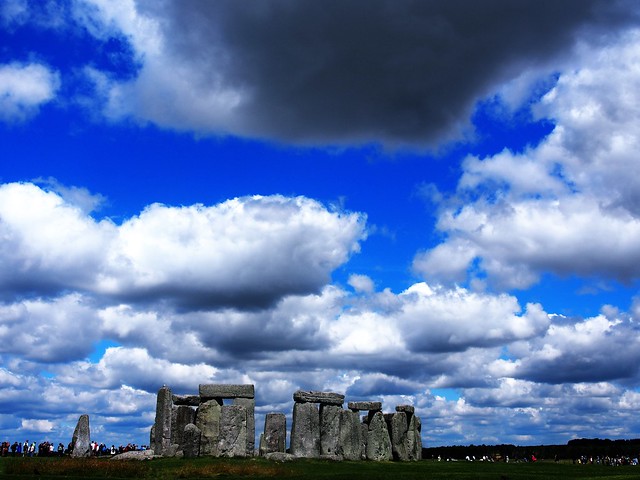 Tonight, I posting information sourced from published research, based on DNA analysis, which has identified a sudden change in the genetic makeup of indigenous British people in prehistoric times.

Stonehenge is the iconic manifestation of the Neolithic (New Stone Age) which came to end around 2100 BC. Until this time the British Isles was populated by people with dark to black skin and these were the people who built Stonehenge and many other stone monuments across the islands.

However, between 2450 BC and 2000 BC the dark-skinned populace was suddenly displaced and/or absorbed by a wave of lighter skinned and blue -eyed migrants who had originated from the steppes of Ukraine and Russia.The immigrants are better known as 'beaker folk' owing to the unique style of their pottery. The new arrivals introduced new technology; they forged tools and weapons from copper then bronze and buried their dead in a new kind of tomb. By around 2100 BC it has been estimated that Britons were around 90 pct. beaker folk and this remains the case today insofar as British people who can trace their ancestors back about 200 years.

Stonehenge appears to represent the 'high water mark' of the Neolithic people after which this population appeared to be in decline-until arrival of the Beaker Folk. 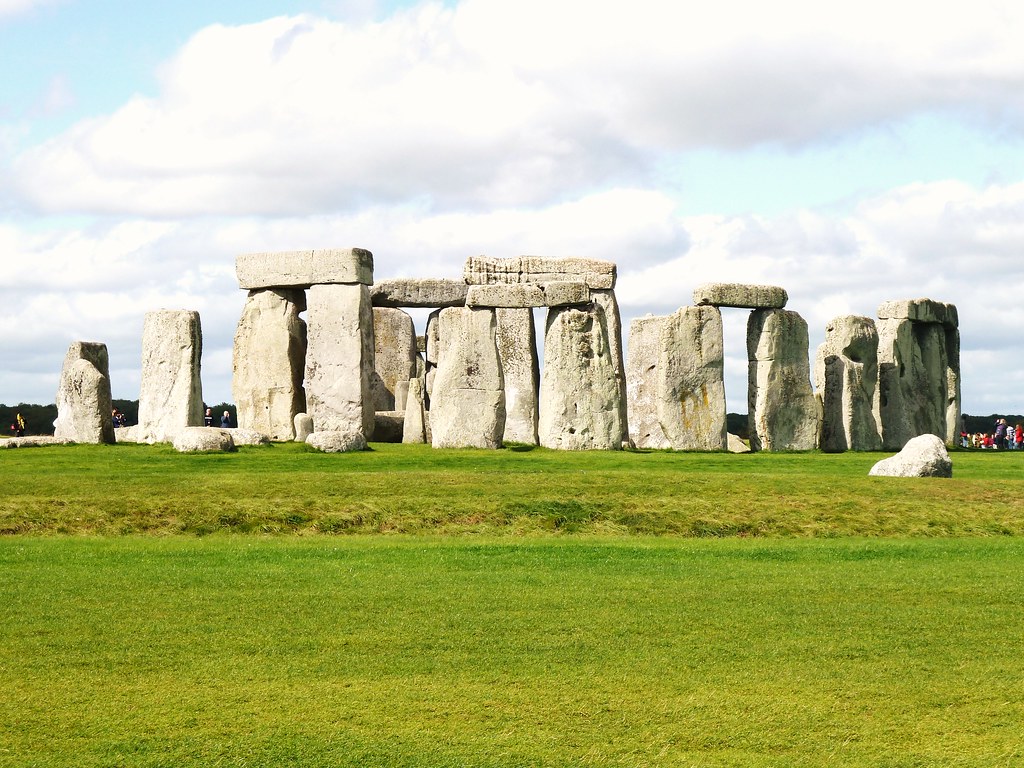 Stonehenge on Salisbury Plain is not the largest such site in the British Isles  but is certainly the most enigmatic and should be viewed in context of the local landscape which is rich in sites from prehistory. Stonehenge is deemed to be of such importance that it has been awarded World Heritage status.

Location is about one hundred miles S.W.of London.

The Stonehenge monument was not built as a single project but evolved over a long period of time, from around 3200 BC to 1600 BC.

Here is a summary of the approximate building sequence:

The alignments of the circle progressively changed as the site evolved, first to the south and northern most moonrise then to midsummer sunrise and finally the midwinter sunset.

There is an extensive Visitor Centre at Stonehenge.

Other important prehistoric sites in Britain include Callanish, Ring of Brodgar, Avebury and Croft Moraig. 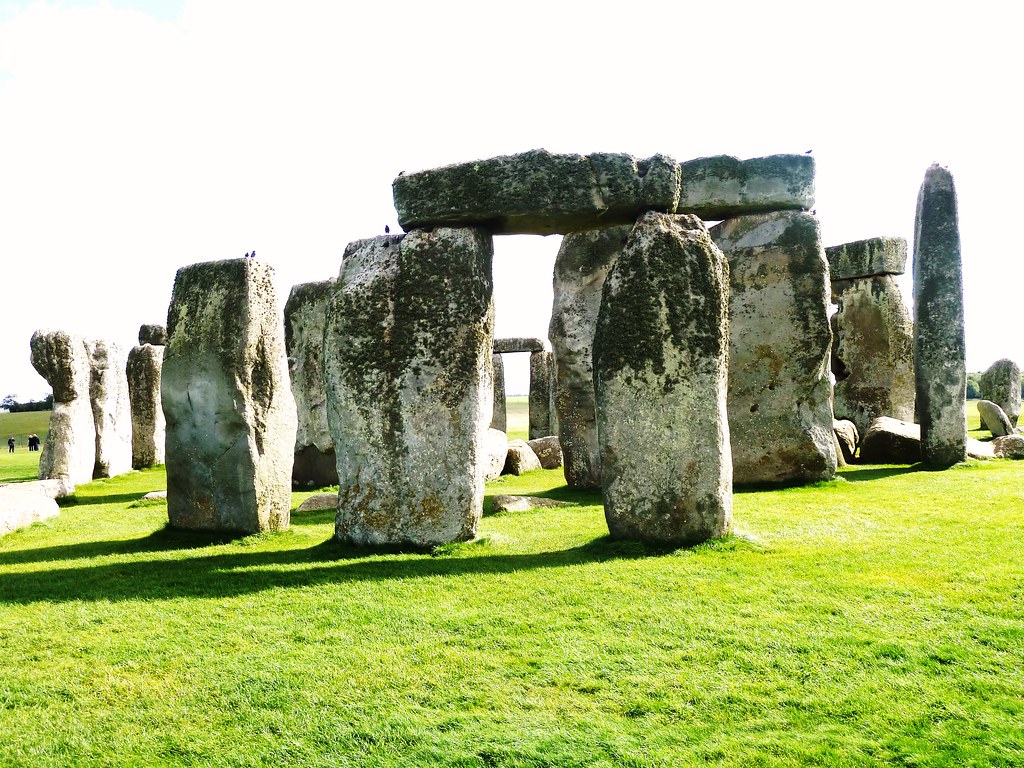 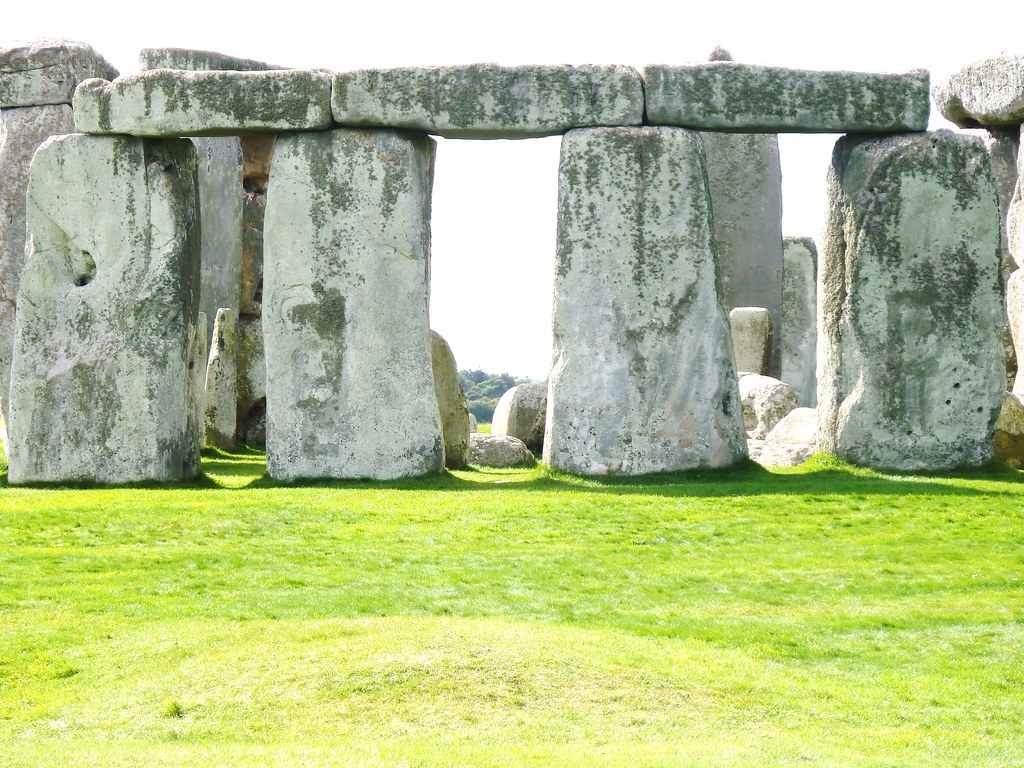 Genetic make up of British people