This evening, I am reporting on 'hogback' sculptured stones following a chance encounter with an excellent example at Heysham, a village near Morecombe in NW England. 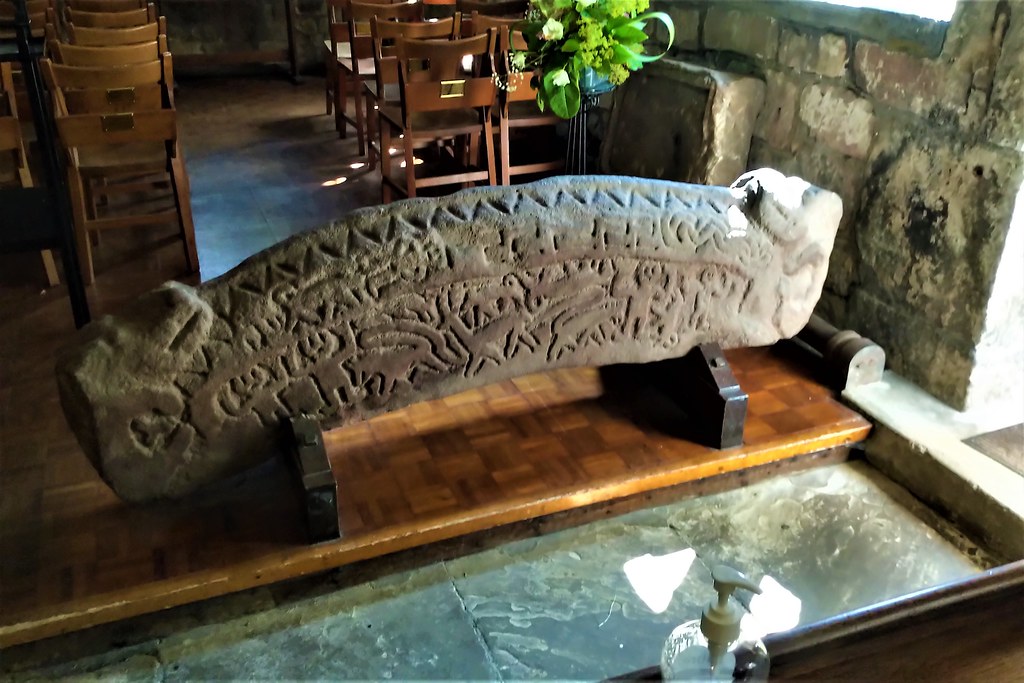 The item is in an excellent state of preservation bearing in mind it is about 1000 years old.It appears that the early Christians viewed the item as pagan and buried it, thereby inadvertently preserving it.

Understanding the Heysham hogback: A tenth-century sculpted stone monument and its context

Heysham boasts two remarkable Anglo-Saxon churches, St Peter’s and the ruins of St Patrick’s, both placed dramatically overlooking Morecambe Bay and only about fifty yards from each other.1 St Peter’s may have been a monastic church, with St Patrick’s acting as a cemetery chapel.2 Local tradition claims that St Patrick’s was founded by the saint himself, after he was shipwrecked on St Patrick’s Skere in the bay nearby. However, the origins of St Patrick’s do not appear to be old enough to support such a legend. It remains possible that the church was dedicated to St Patrick because of local legend that he had once come ashore here (even perhaps that he had founded St Peter’s), but St Patrick’s local popularity may also be attributed to settlement by Irish-Norse and to Heysham’s position as the traditional crossing place for Ireland. The hogback is displayed inside St Peter’s church, where it has been for the last forty years. It is made of red sandstone; it is a little over two metres long, 28cm wide and 54cm high at the centre. The carvings suggest a tenth century date, and Lang convincingly argued that most hogbacks are to be dated within the thirty years leading up to c. 950. It conforms to Lang’s ‘Illustrative Type’ (Type VII) and both sides are decorated with panels of figural and animal carvings, which he describes as ‘arranged not according to symmetry, but to 1 Grid Reference: SD410616. 2 T. W. Potter & R. D. Andrews, ‘Excavations and survey at St Patrick’s Chapel and St Peters Church, Heysham, Lancashire, 1977-8’, Antiquaries Journal, lxxiv (1994), PP- 55- 134- 2 Thor Ewing narrative constraint’.3 Its interest has been widely recognised, but it has always evaded easy interpretation. Edwards sums up the situation, writing that ‘despite a number of attempts to ‘explain’ the sculpture . . . it has to go down as a ‘don’t know’. 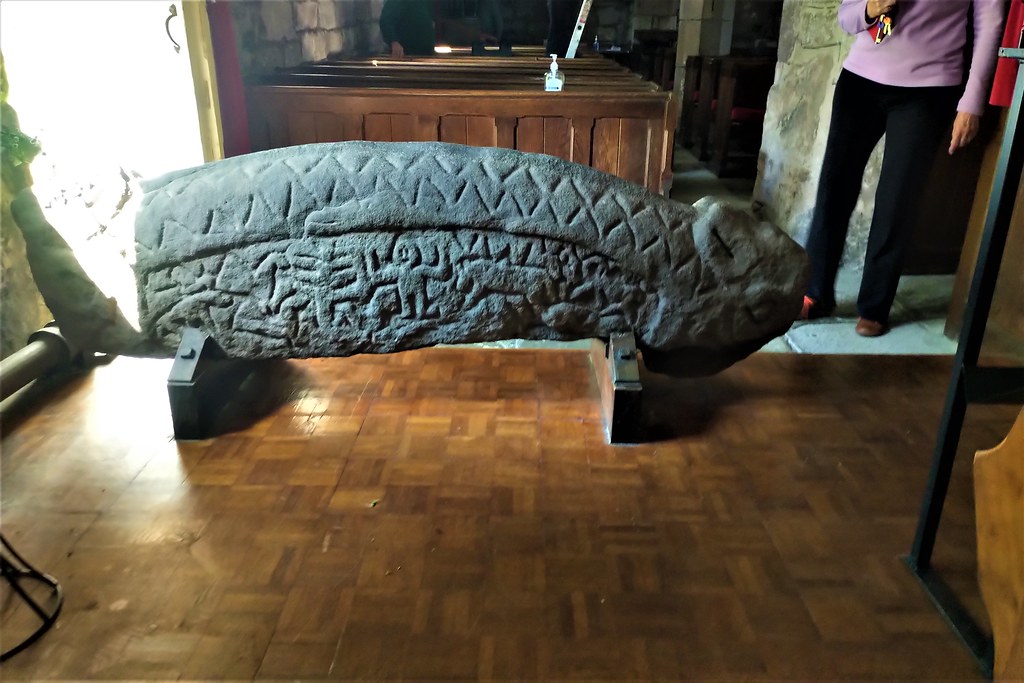 Here is information on a group of stones at Govan, Glasgow, about 200 miles north of Heysham,. The Govan stones show remarkable style similarities to the one in Heysham.

The 'hogbacks' below date from the Viking era, 10th century, and together with others represent the largest group of such stones in Scotland. These huge tombstones suggest racially mixed marriages and great secular power.The fashion for this type of tombstone appears to have originated in Anglo-Scandinavian Yorkshire, England and then spread north-west. The term 'hogback' appears to have originated in Victorian times to reflect the perceived porcine shape of the carvings but debate within archaeological and academic circles remains inconclusive on what the stones actually represent. 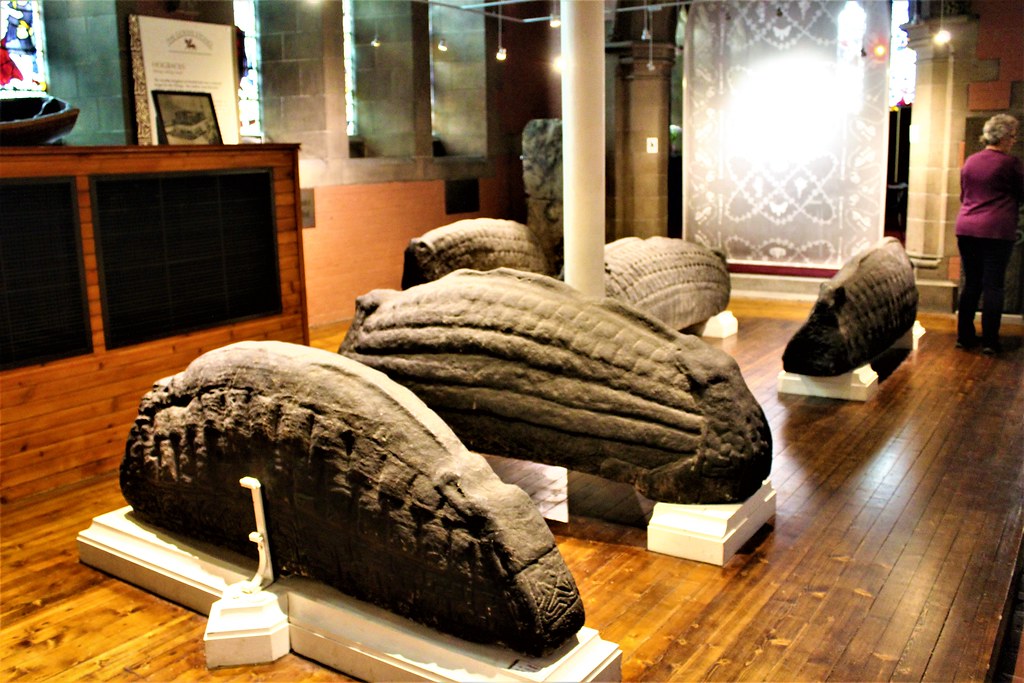