This site covers the period  from around BC 400 to AD 100. Experts have undertaken extensive reconstruction and interpretation based on archaeology and other research. 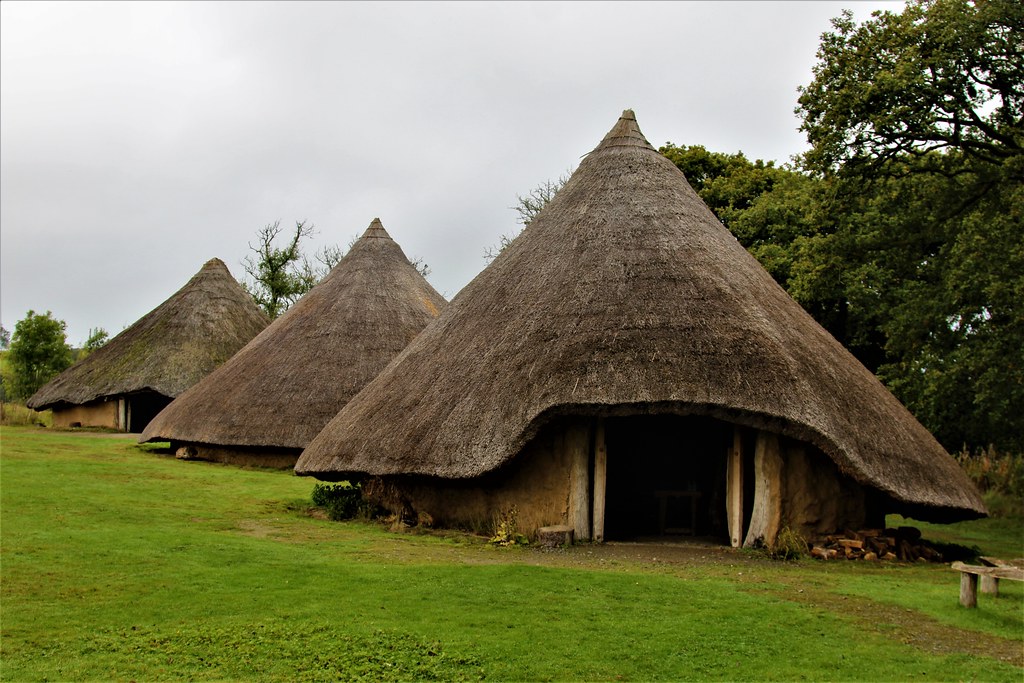 The early founders were focused on constructing a defensive site on a prominent position which sent a subliminal message of power and substance.

Basic roundhouses were built and surrounded by a defensive palisade. The entrance comprised a double gateway with a heavy main gate  hung on two massive timbers. In those days there were hostile animals such as bears and wolves to contend with as well as potential people enemies. 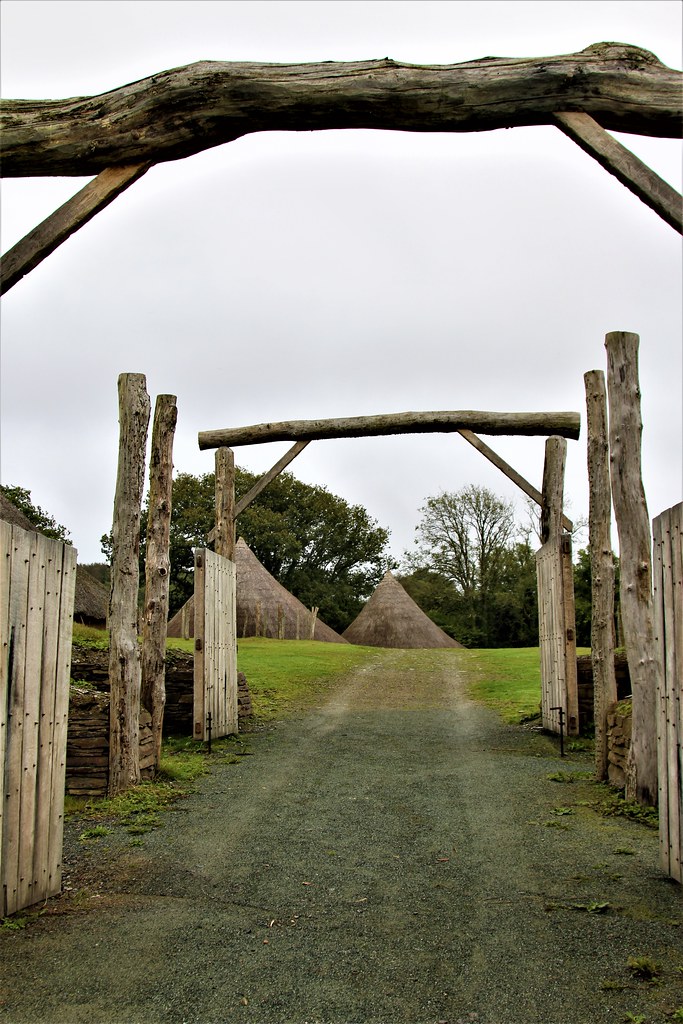 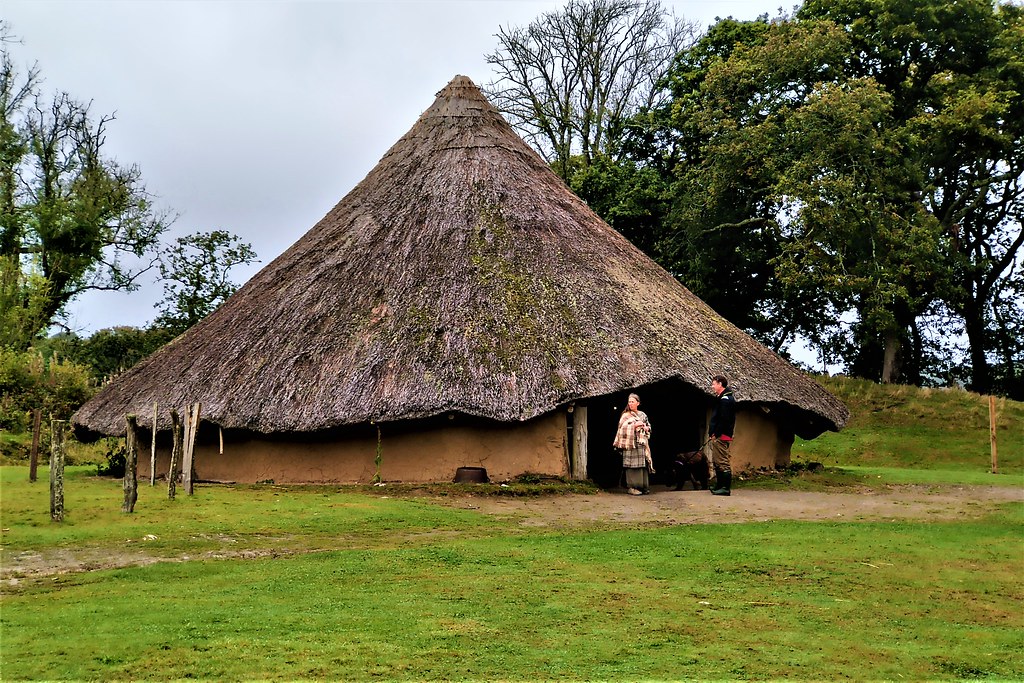 Guide in period costume welcoming visitors to the chief's house.

After about 25-40 years from founding of the initial settlement the defences were strengthened by constructing earth banks and ditches to replace the palisade,

Iron objects began to proliferate from around 400 BC although bronze remained in use.Iron tools and weapons could be sharpened, repaired and recycled. It is possible that iron bars formed a type of currency.

No evidence of actual iron smelting has been found at Castell Henllys but iron was probably worked on the site as evidenced by finds of anvils, whetstones, a pipe used in bellows, a small iron knife, a sickle, hunting spear and iron brooches. 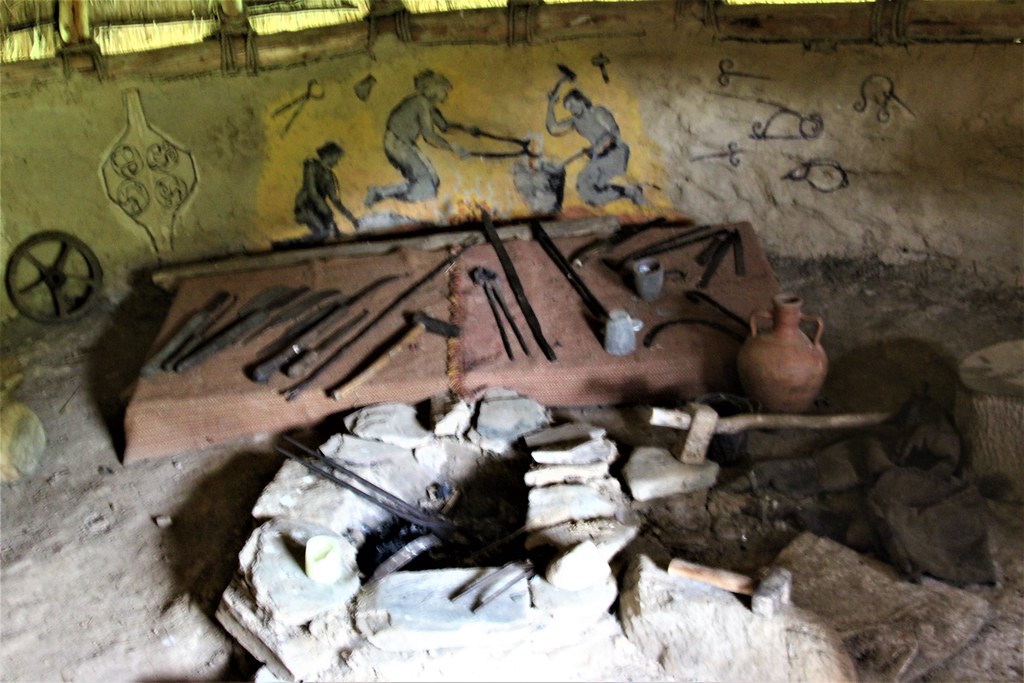 The reconstructed roundhouses on site have been built on same positions of the originals and using the  same dimensions.

The archaeologists have discovered that:

In the Iron-Age there were no long-distance supply chains with building materials sourced locally from the landscape.These included: 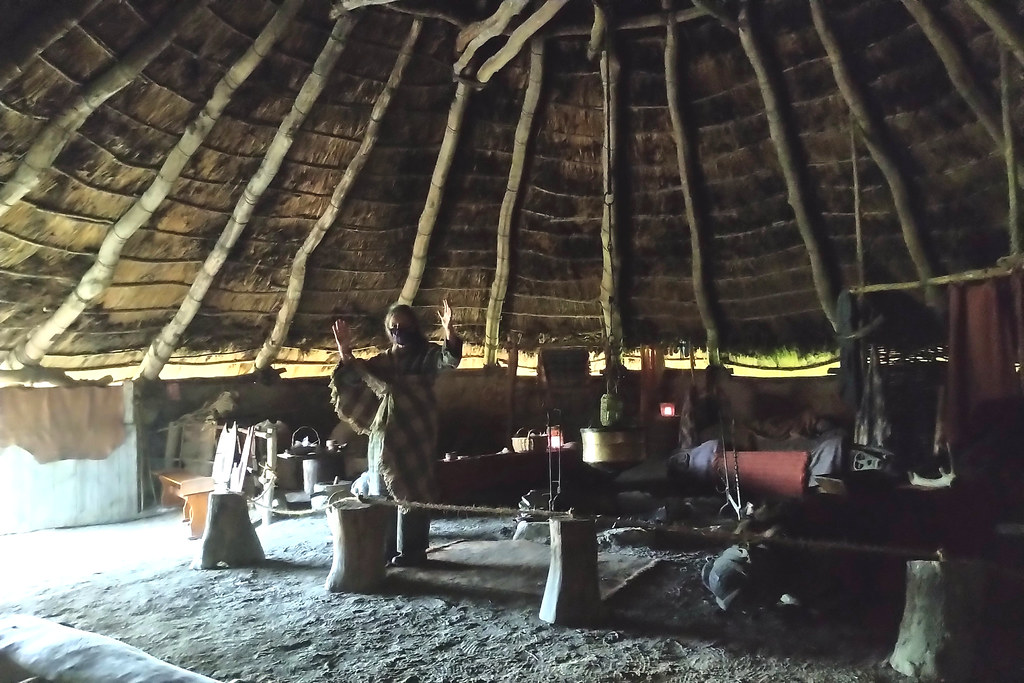 Tour guide in full flow inside the chief's house.

The peoples of the day farmed cattle, sheep and pigs. They also had horses although these were more akin to modern-day ponies. Like today, cats and dogs had been domesticated with the latter used for hunting, herding, protection and companionship whilst cats were used for rodent control. 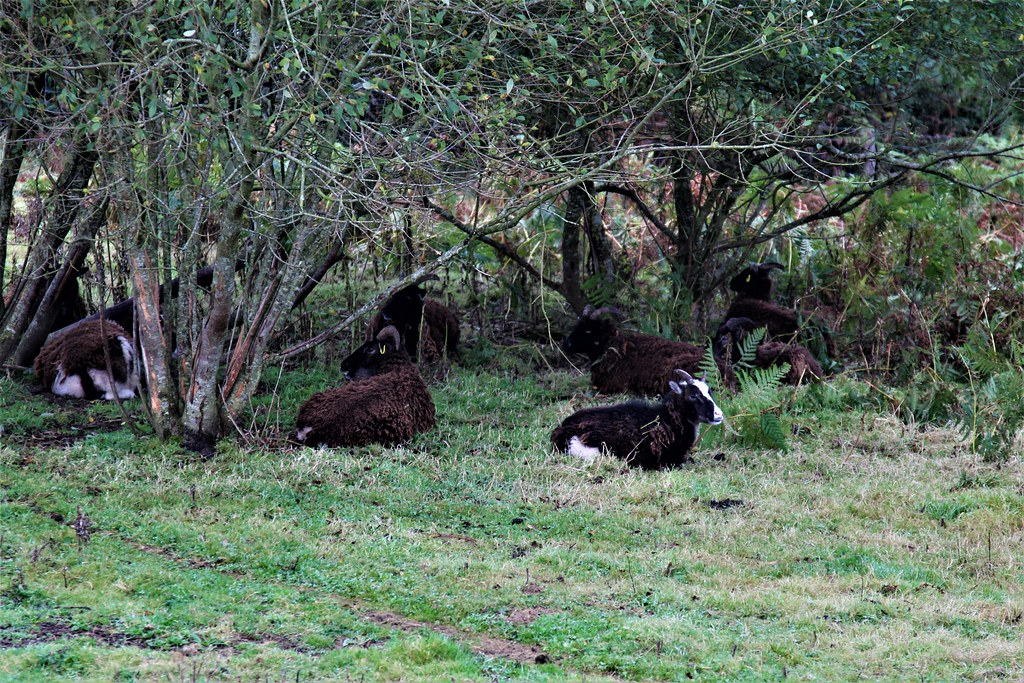 Sheep of a type farmed in the Iron-Age. Animals illustrated are Soay sheep. 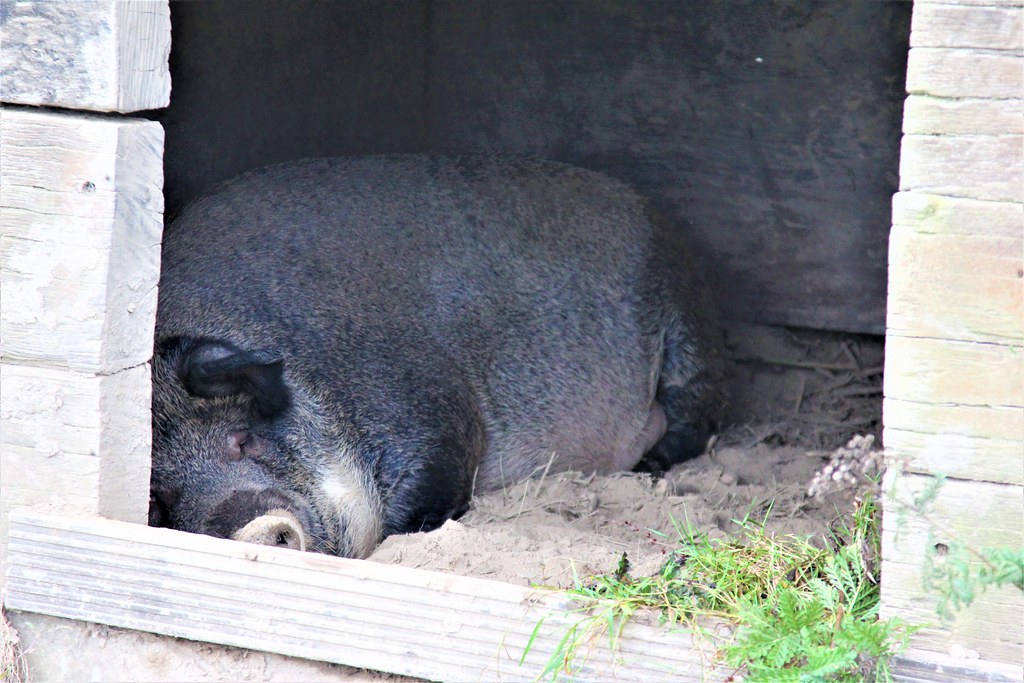 Pig which has been bred to replicate the type of animal available in the Iron-Age.

Castell Henllys is an excellent learning and interpretation centre. Location is near Newport in SW Wales. There are close similarities with the Crannog Centre on Loch Tay in Scotland but, sadly, this recently burned down, an incident which highlights the risks is these wooden/inflammable buildings. 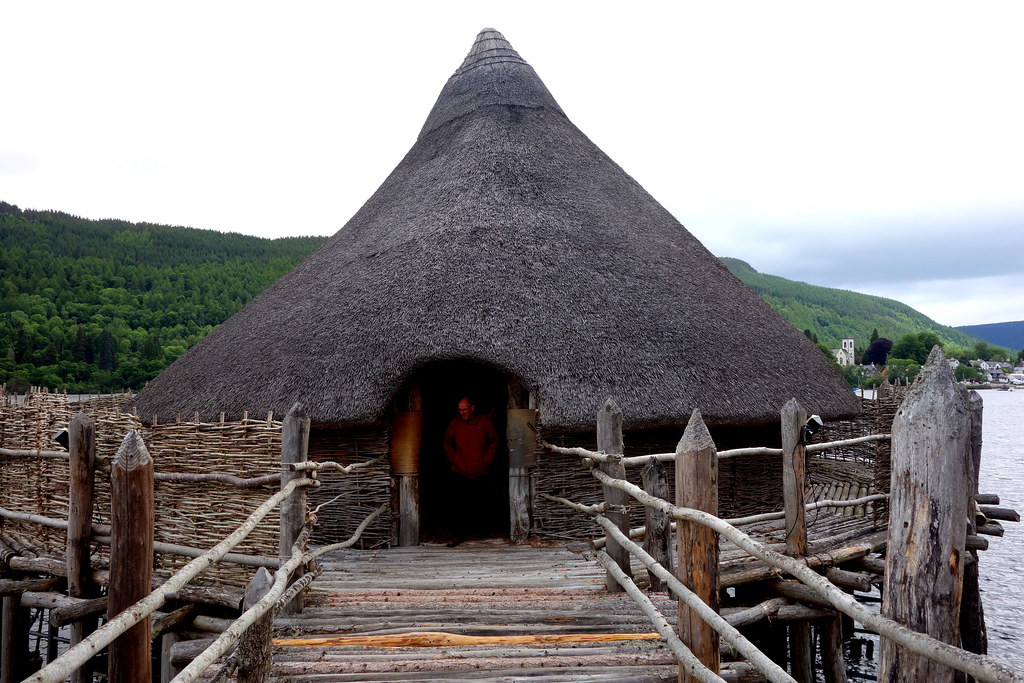