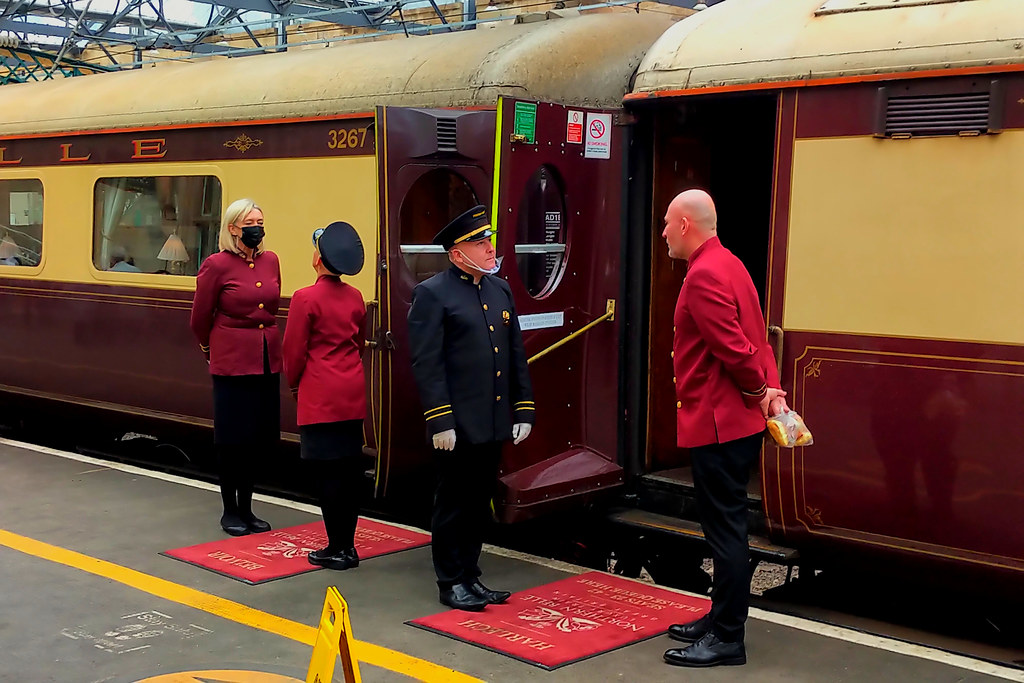 Yesterday, I had an opportunistic encounter with a steam pulled charter train at Carlisle station in NW England.

Steam pulled trains are very popular with enthusiasts in the U.K. and this one was no exception with seats seemingly around 100pct occupied.

Many of the working engines are around 100 years old having been rescued from scrapyards and rebuilt. However, research has shown that the particular engine pulling the charter was 'special' in that it was the first steam engine to have been built from scratch (in U.K.) since 1960, having been completed in 2008.Name of the engine is 'Tornado'. Here is more information:

LNER Peppercorn Class A1 60163 Tornado is a 4-6-2 steam locomotive built by the A1 Steam Locomotive Trust. Completed in 2008 at the cost of around £3 million, it is the first newly built main line steam locomotive in the UK since Evening Star in 1960. View of the Tornado about to depart.

Regrettably, time for images was very limited but I did manage a few useful captures plus a video.