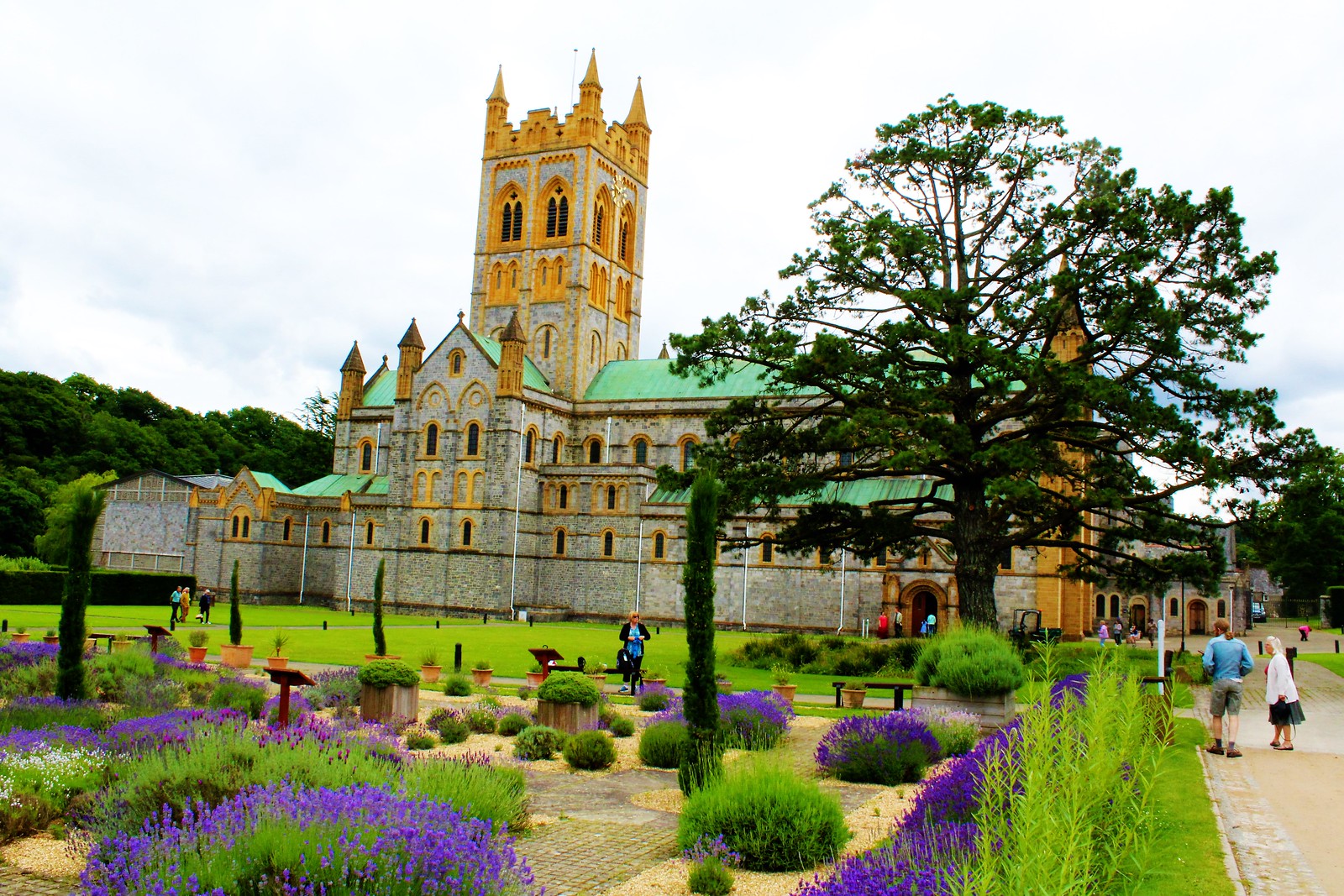 Tonight, I am providing information on Buckfast Abbey which is located about 200 miles S.W. of London.

Buckfast Abbey forms part of an active Benedictine monastery at Buckfast, near Buckfastleigh, Devon. . Buckfast first became home to an abbey in 1018. The first Benedictine abbey was followed by a Savignac (later Cistercian)) abbey constructed on the site of the current abbey in 1134. The monastery was surrendered for dissolution in 1539, with the monastic buildings stripped and left as ruins, before being finally demolished. The former abbey site was used as a quarry, and later became home to a Gothic mansion house.

In 1882 the site was purchased by a group of French Benedictine monks, who refounded a monastery on the site, dedicated to Saint Mary. New monastic buildings and a temporary church were constructed incorporating the existing Gothic house. Buckfast was formally reinstated as an Abbey in 1902, and the first abbot of the new institution, Boniface Natter, was blessed in 1903. Work on a new abbey church, which was constructed mostly on the footprint of the former Cistercian abbey, started in 1907. The church was consecrated in 1932 but not completed until 1938. The abbey continues to operate as a Benedictine foundation today, and is a registered charity (not-for-profit) under English law.[. As of 2020, the abbey has 13 monks. 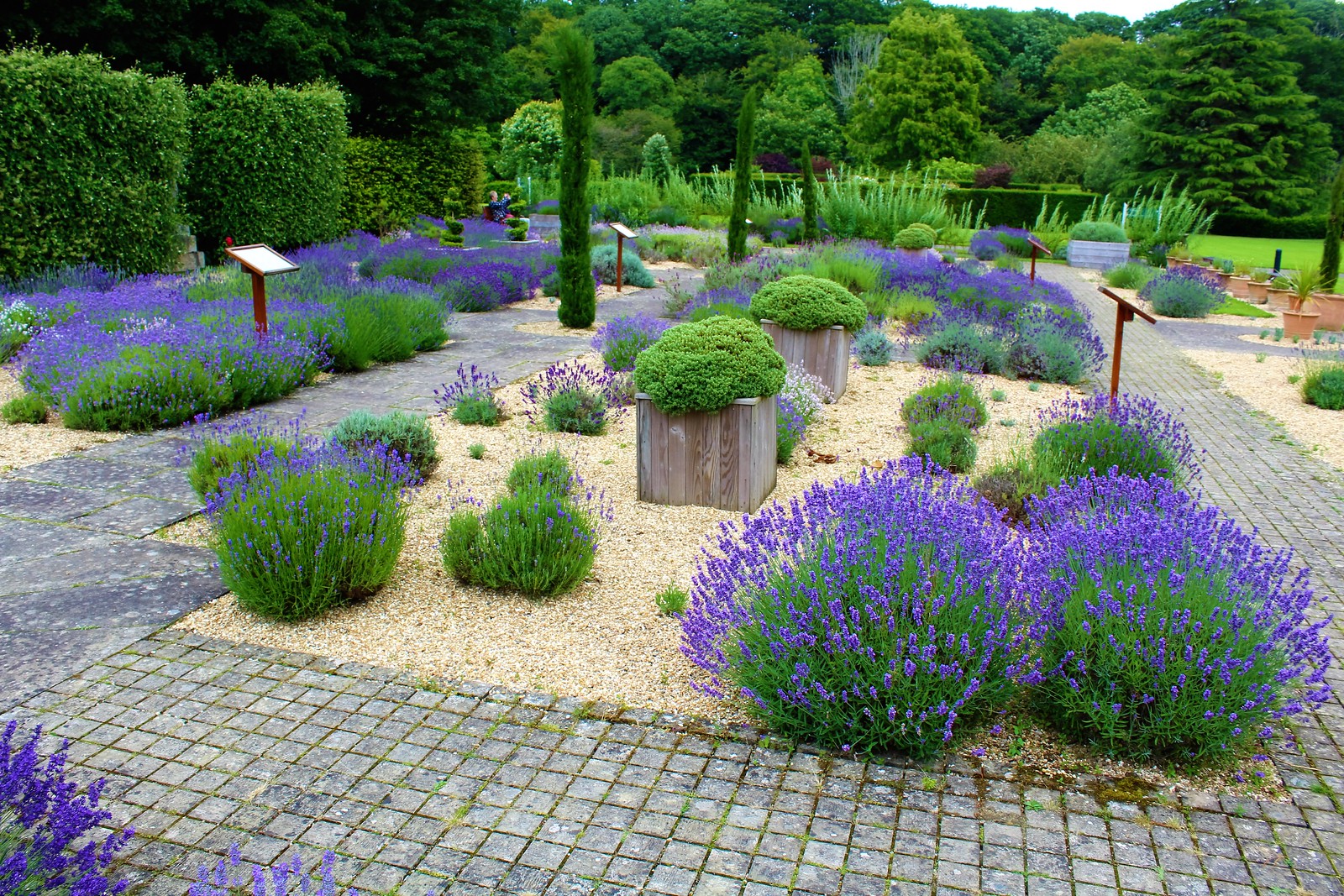 Grounds:There is a conference and seminar centre, and a restaurant (the Grange). On the west side of the Abbey are two gardens with plants ranging from herbs used in cooking or medicine to poisonous plants. Behind the public area is an enclosed garden for the monks. A bridge leads over the river to the abbey farm.

Self-sufficiency:The Abbey is self-supporting, with a farm where vegetables are grown and bees, pigs and cattle are kept, a shop which sells wine, honey beeswax, fudge and other items made by religious communities throughout the world, and a gift shop, book shop, and restaurant. 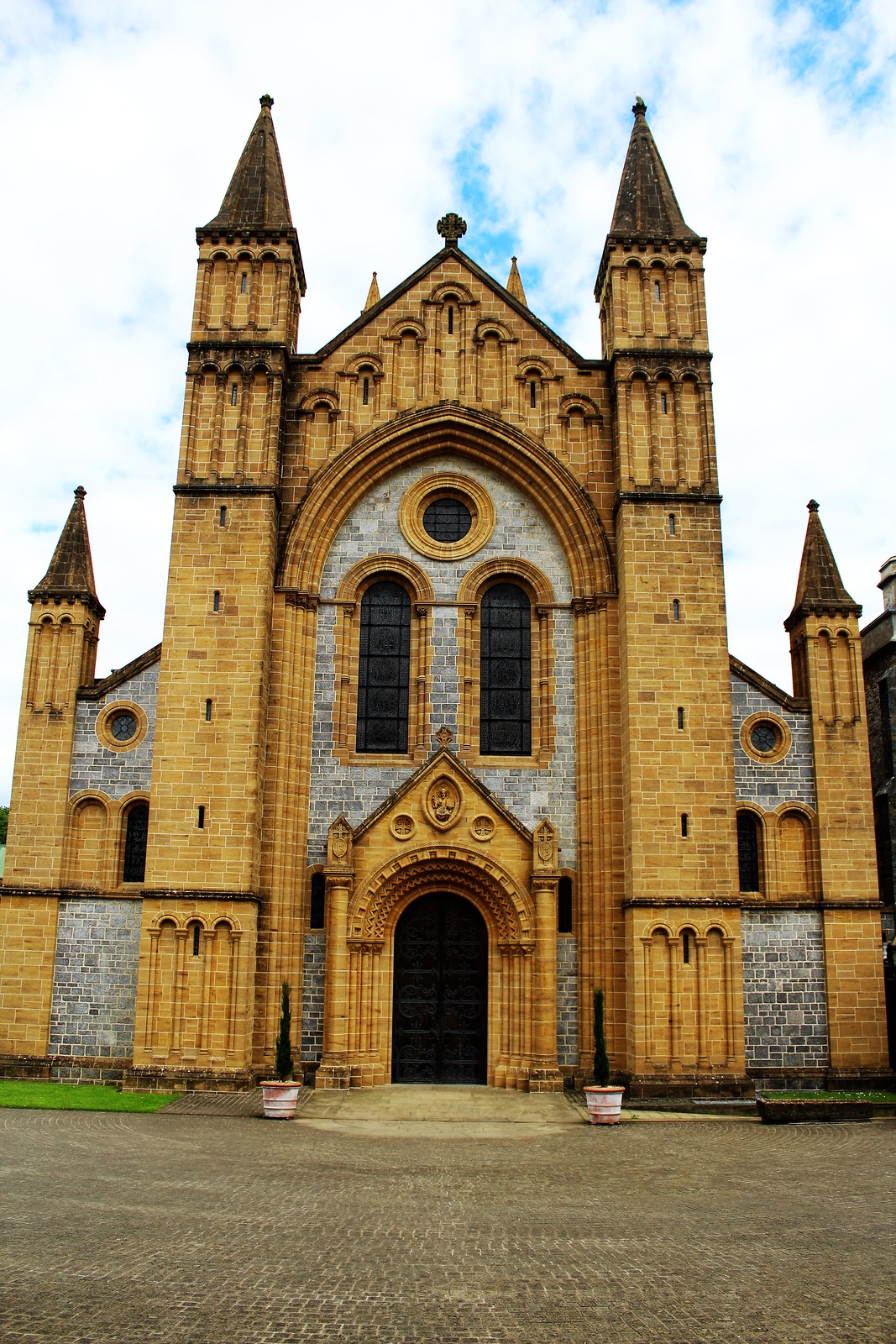 Buckfast Tonic Wine:The monastery's most successful product is Buckfast Tonic Wine, a fortified wine which the monks began making in the 1890s. Its perceived links to violent anti-social behaviour – especially in Scotland – have been a controversial issue for the abbey which has employed a youth worker in one area affected.

Following a decision by Police Scotland to attach anti-crime labels to bottles in some areas, the abbey's bottler and distributor, J Chandler and Co. announced its intention to pursue legal action.

Beekeeping: At the request of the government, Brother Adam helped helped to restock the British Isles  with his disease resistant Buckfast bees.

Bells: The tower contains fifteen bells. There is a ring of twelve bells with a tenor weighing 41 long hundredweight (with two extra semi tone bells) surrounding the 7.5 ton bourdon bell called Hosanna. They are widely regarded by many as one of the finest sets of change ringing bells in the world.[citation needed] In August 2018, the Abbey hosted the Millennium Bell Ringing Festival in celebration of its 1000th year since the foundation of the monastery.

The bells were cast in 1935 by the founders John Taylor and Co. They were donated by a local benefactor. They are hung in the traditional change ringing style around the bourdon Hosanna. They also have an Ellacombe chiming apparatus but this is currently out of use. 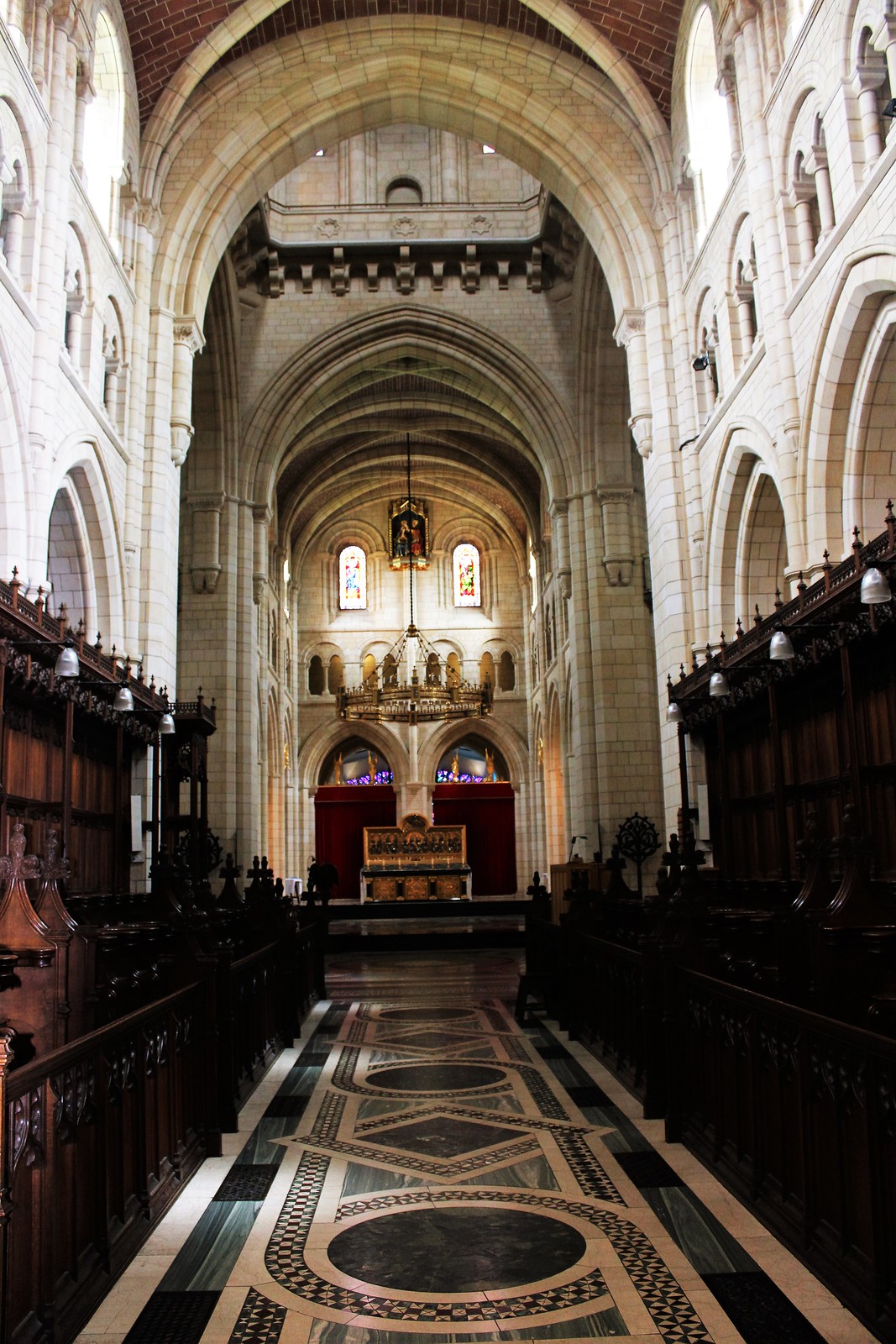 Acknowledgement: Core information in this post was sourced from Wikipedia.