Bridges over the River Tyne: An eclectic collection at Newcastle-Gateshead 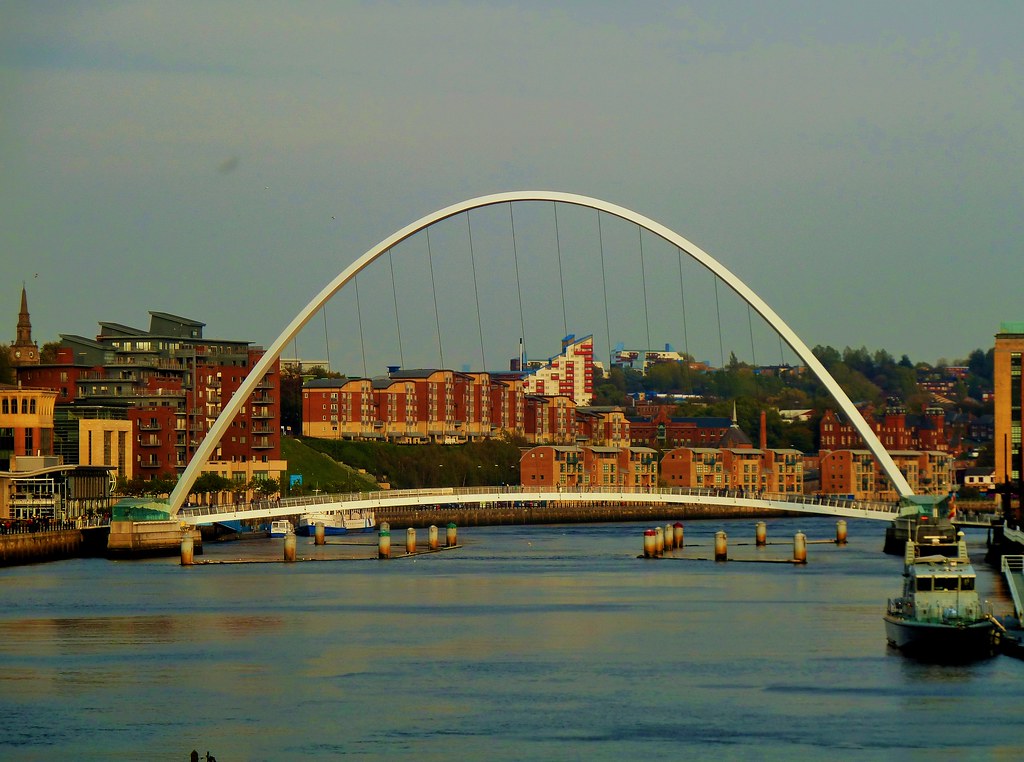 This evening, I am focusing on an unusual concentration of bridges which span the River Tyne between Gateshead and Newcastle-upon-Tyne in N.E.England. These bridges display a wide range of engineering and functionality with latter including road, rail and pedestrian. Specifically, the bridges are: 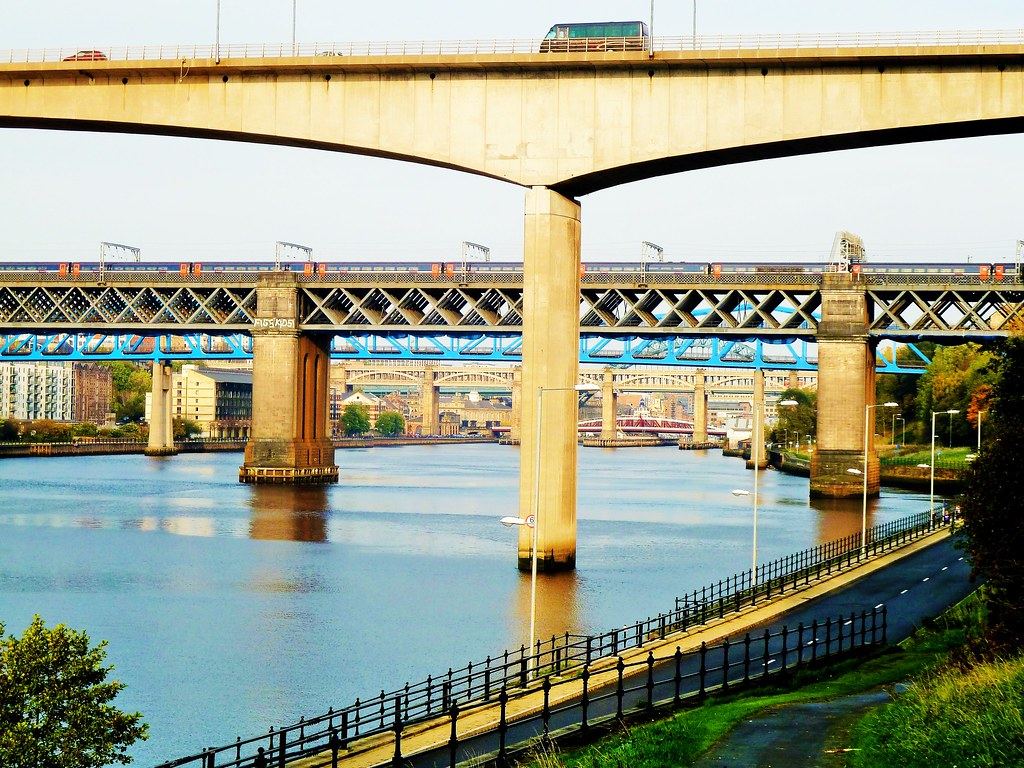 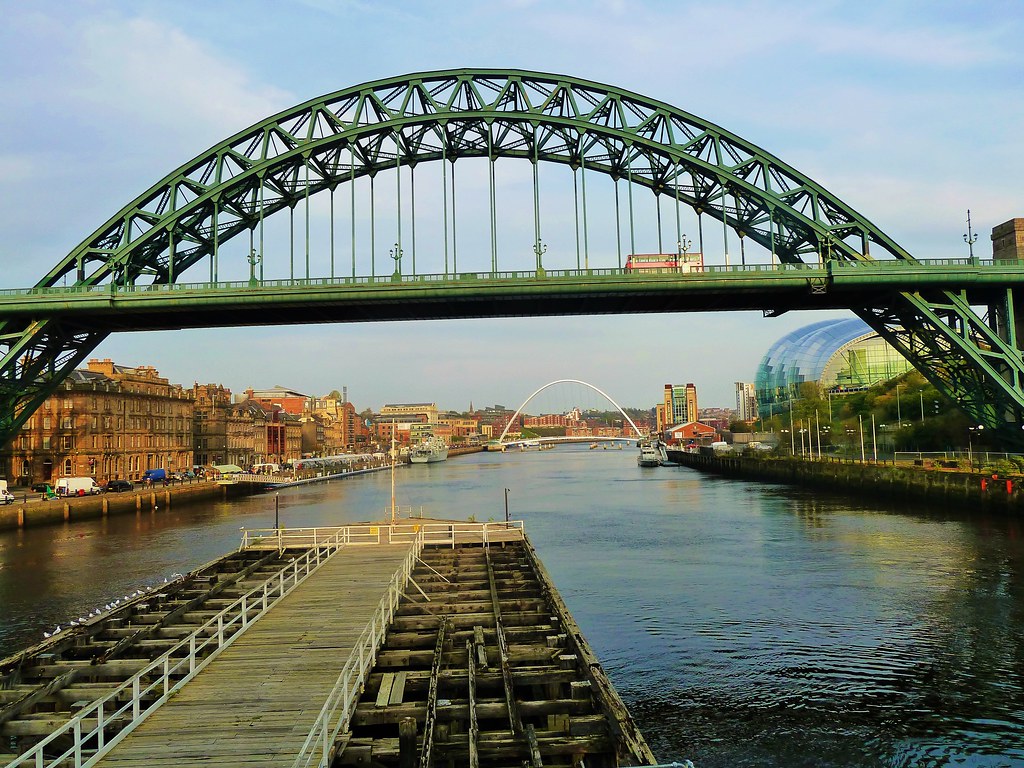 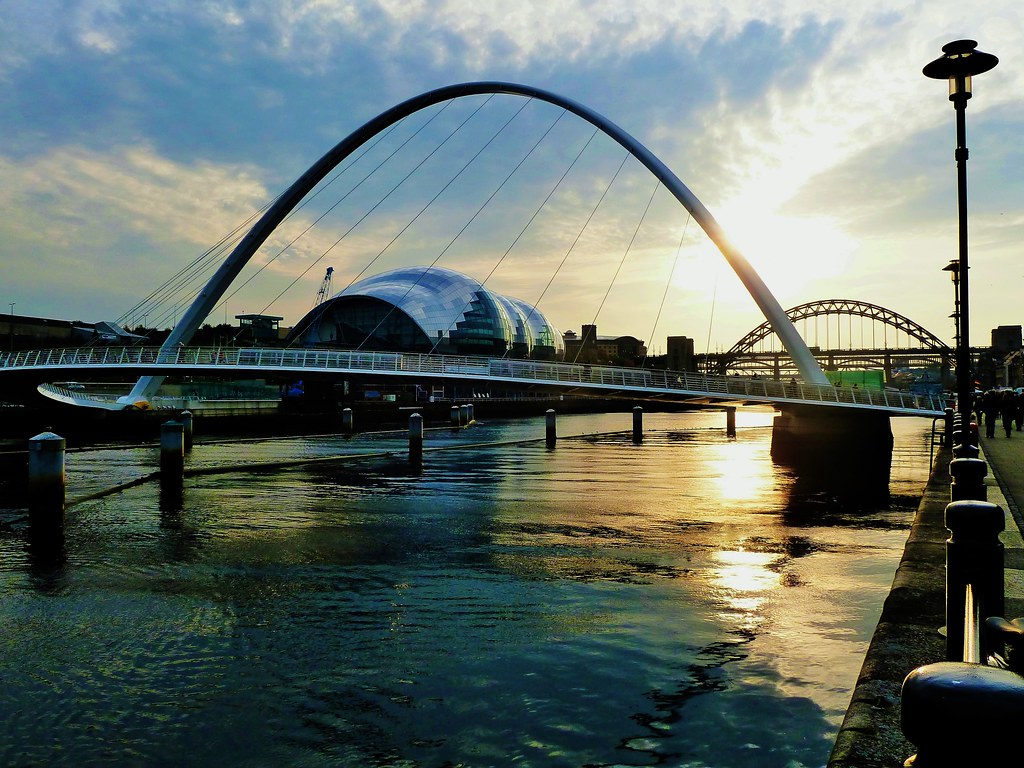 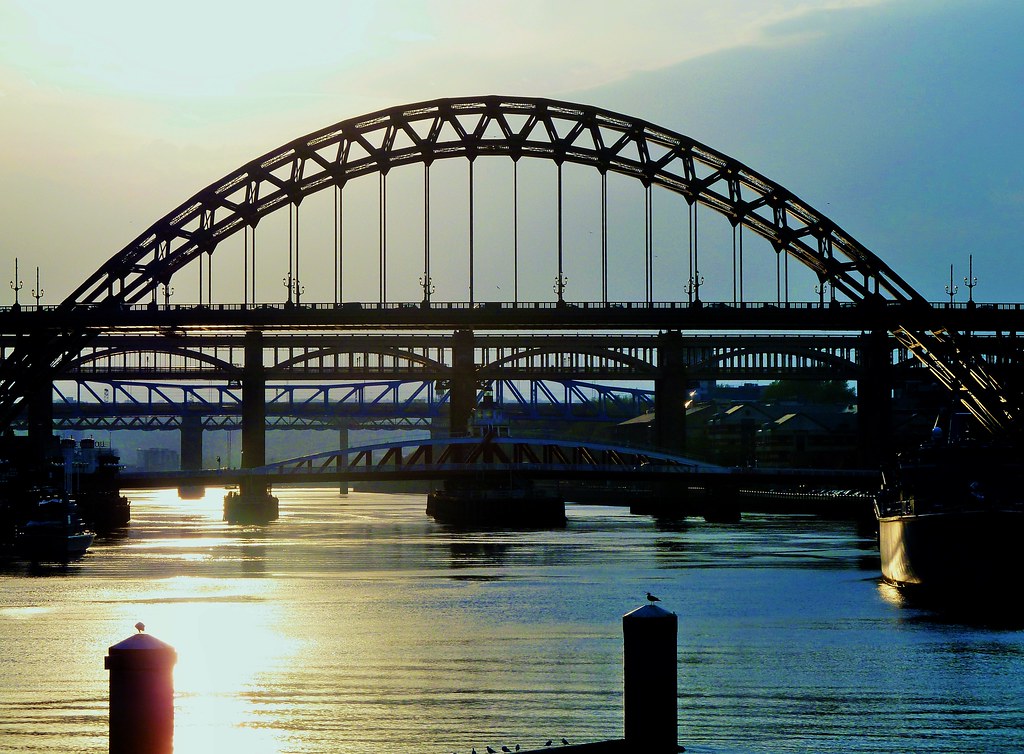 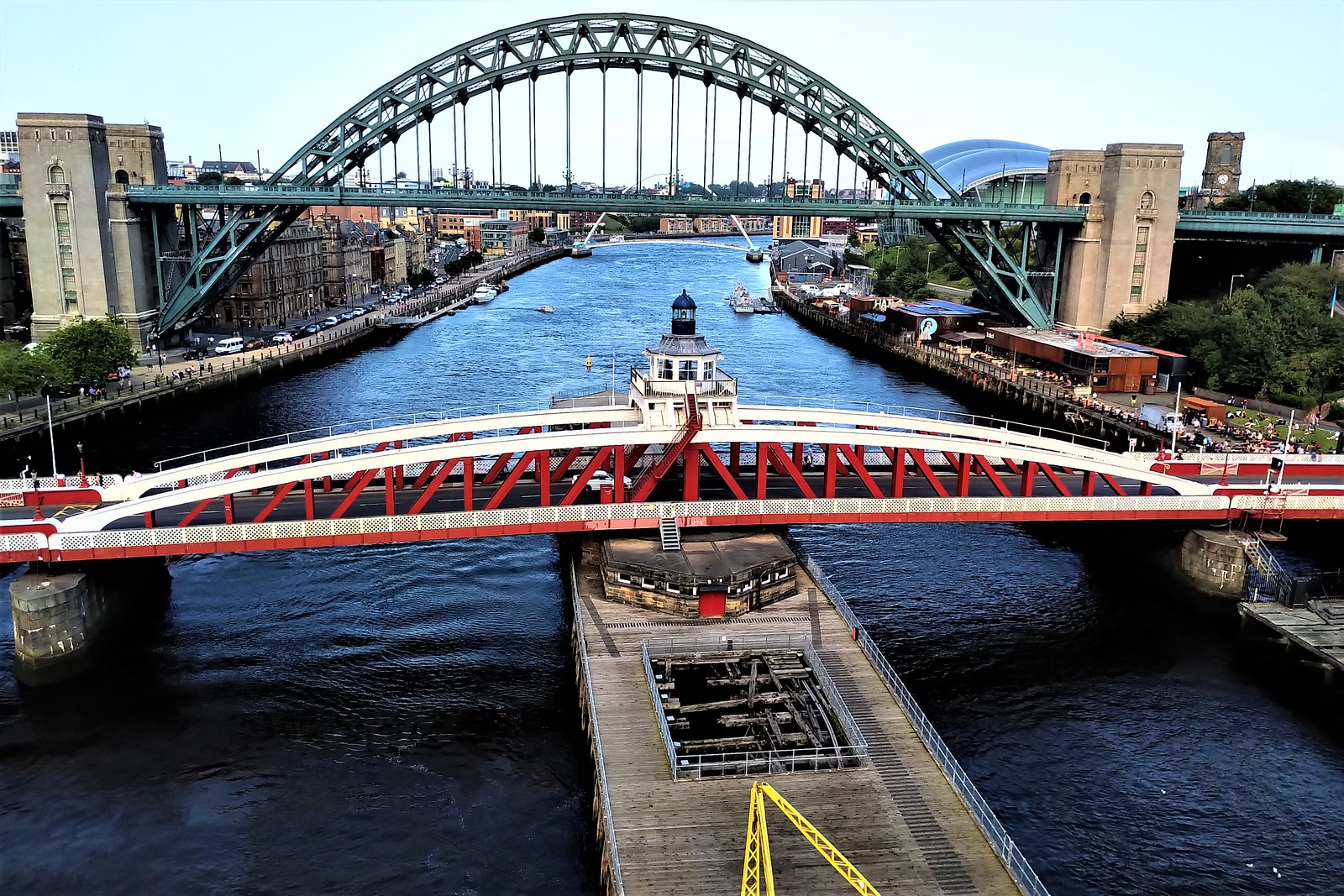 One of the industrial wonders of the Victorian age, the Swing Bridge connecting Newcastle and Gateshead was a product of the visionary engineering genius Lord Armstrong.

It was designed to improve navigation and expand trade by opening the upper reaches of the river to larger ships.

On completion in 1876, at 171 metres long and 14 metres wide it was the world’s largest swinging bridge.

The Swing Bridge uses pressurised water to power hydraulic engines that turn the 3,000 tonne central span of the bridge. 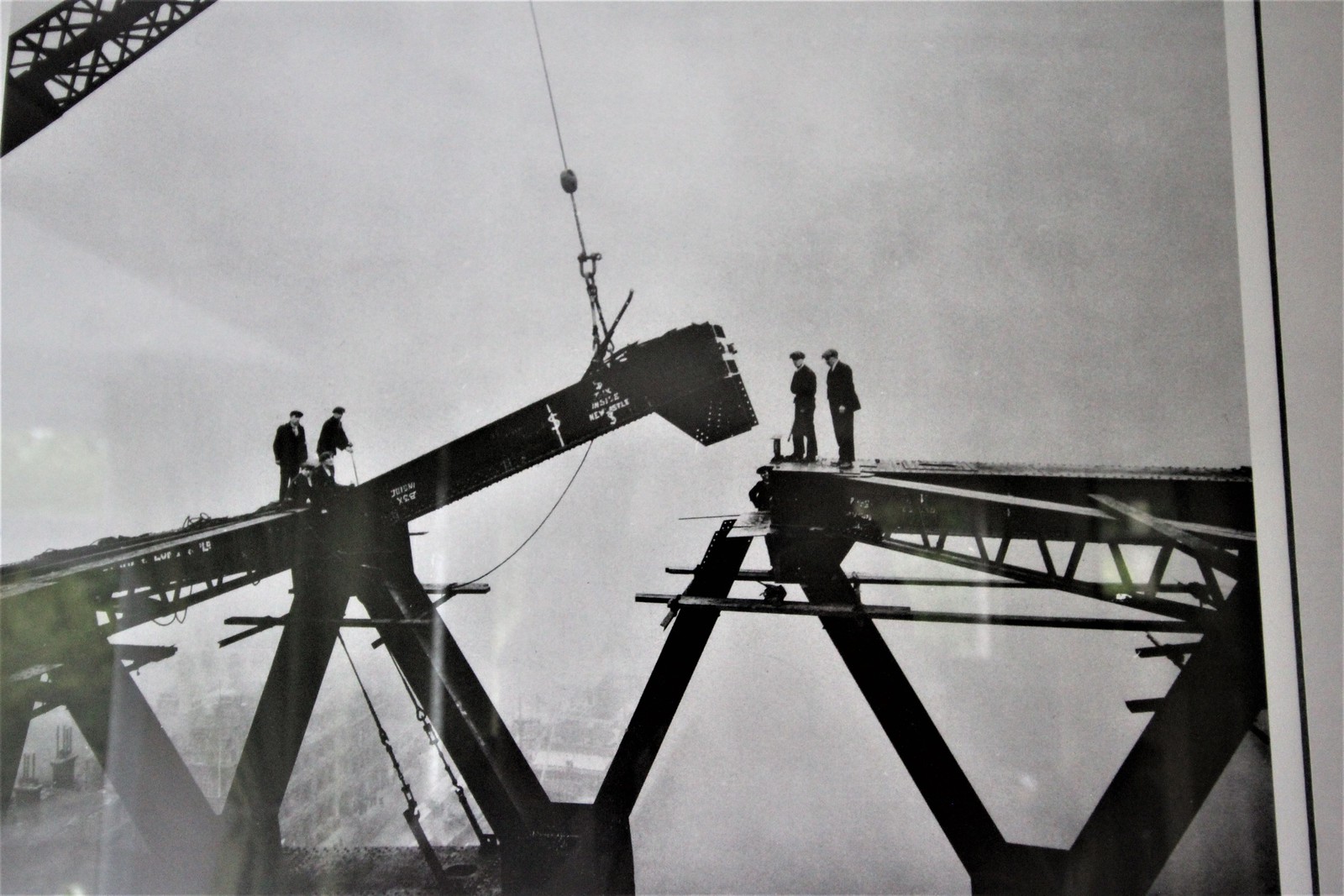 Bridge under construction in 1929. This would give modern-day Health & Safety officers heart palpitations, if not not a nervous breakdown.

Bridges over the River Tyne