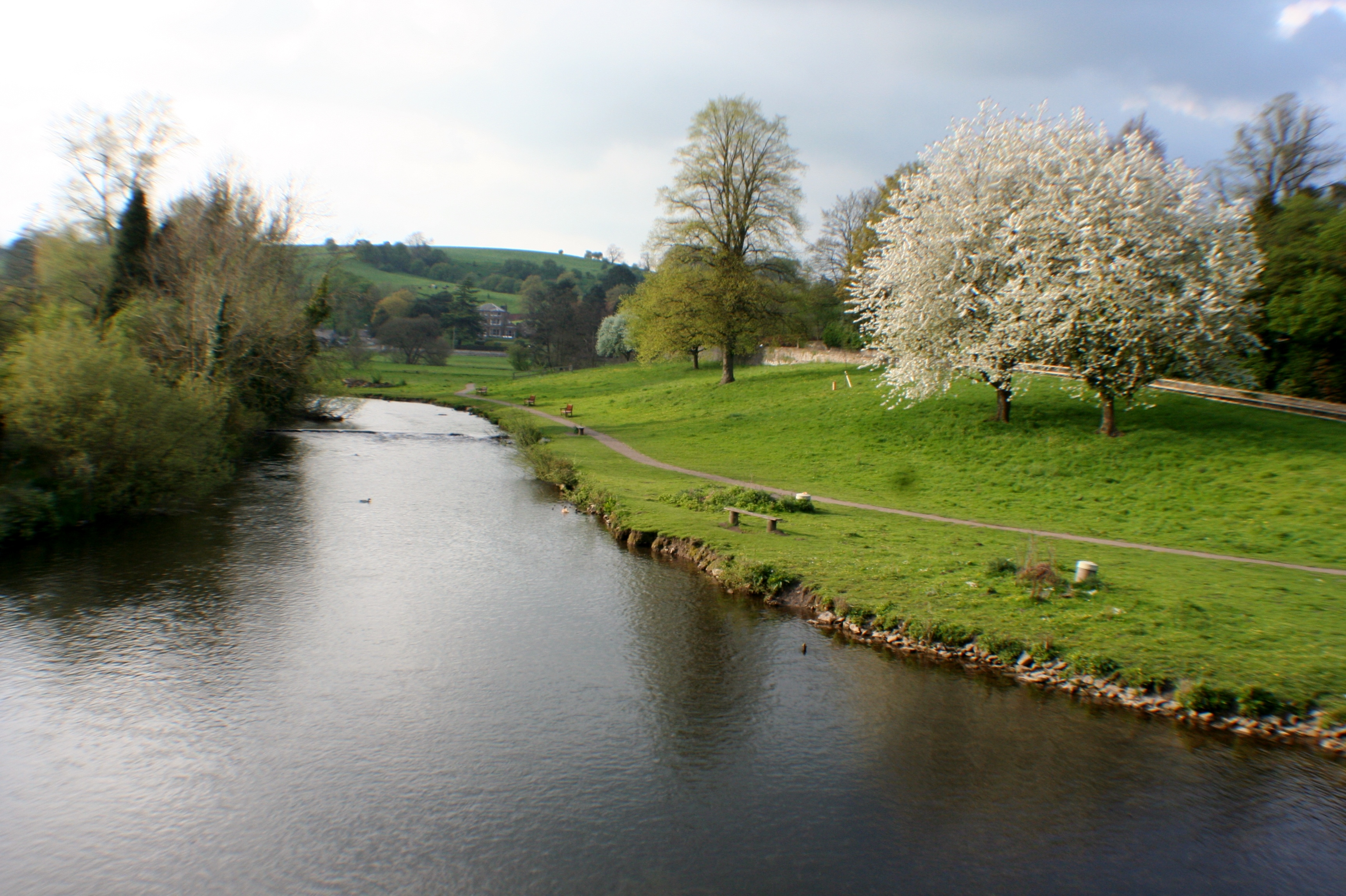 This evening, I am reprising a fascinating one day tour of northern England which encompassed a popular filming location.

First, we departed our lodgings in Ambleside, Lake District and drove south to our first stop at the Yorkshire town of Hebden Bridge where we availed of a coffee stop.

Next, we continued south for about 45 mins to Holmfirth, a former mill town in West Yorkshire. We elected to stop at Holmfirth because, for about 35 years, it was the 'set' for long-running British T.V. comedy show, Last of the Summer Wine which finished in 2010.

At Holmfirth we joined a 45 min guided bus tour around the key sites which mainly comprised the 'Summer Wine' sites. After the tour we visited Ivy's Cafe and Nora Batty's House. 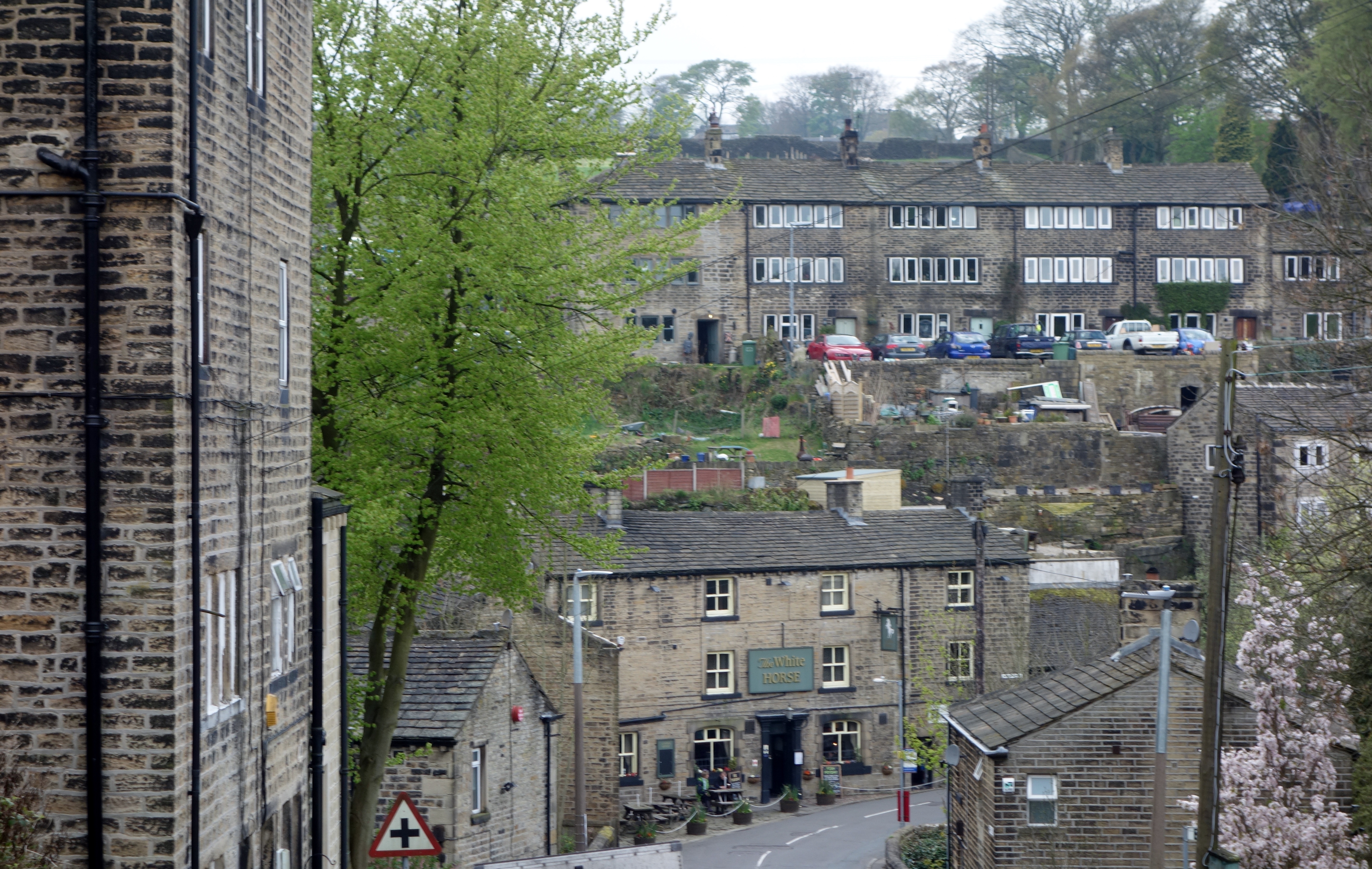 Holmfirth with weavers' houses (with large windows) in background. 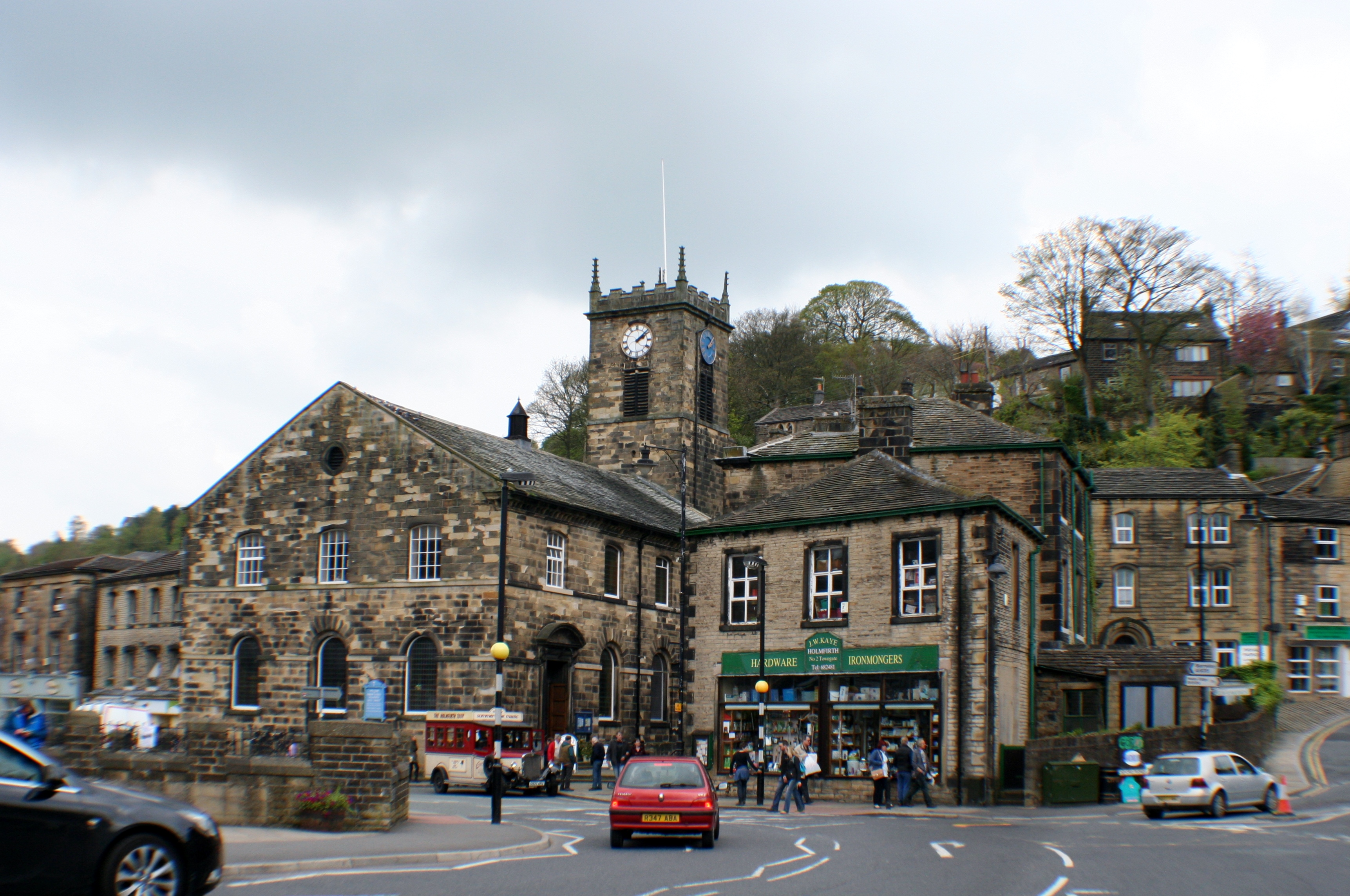 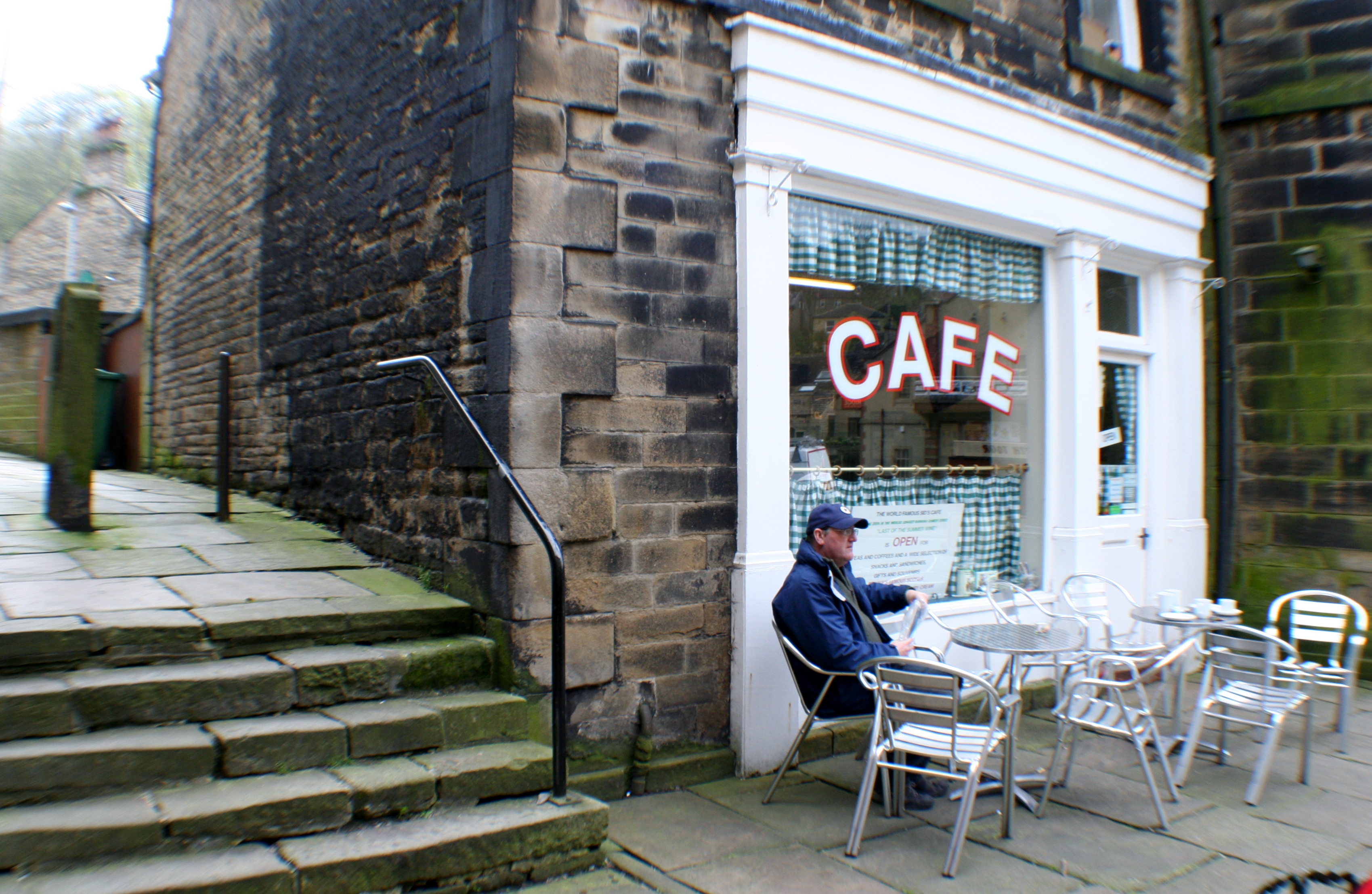 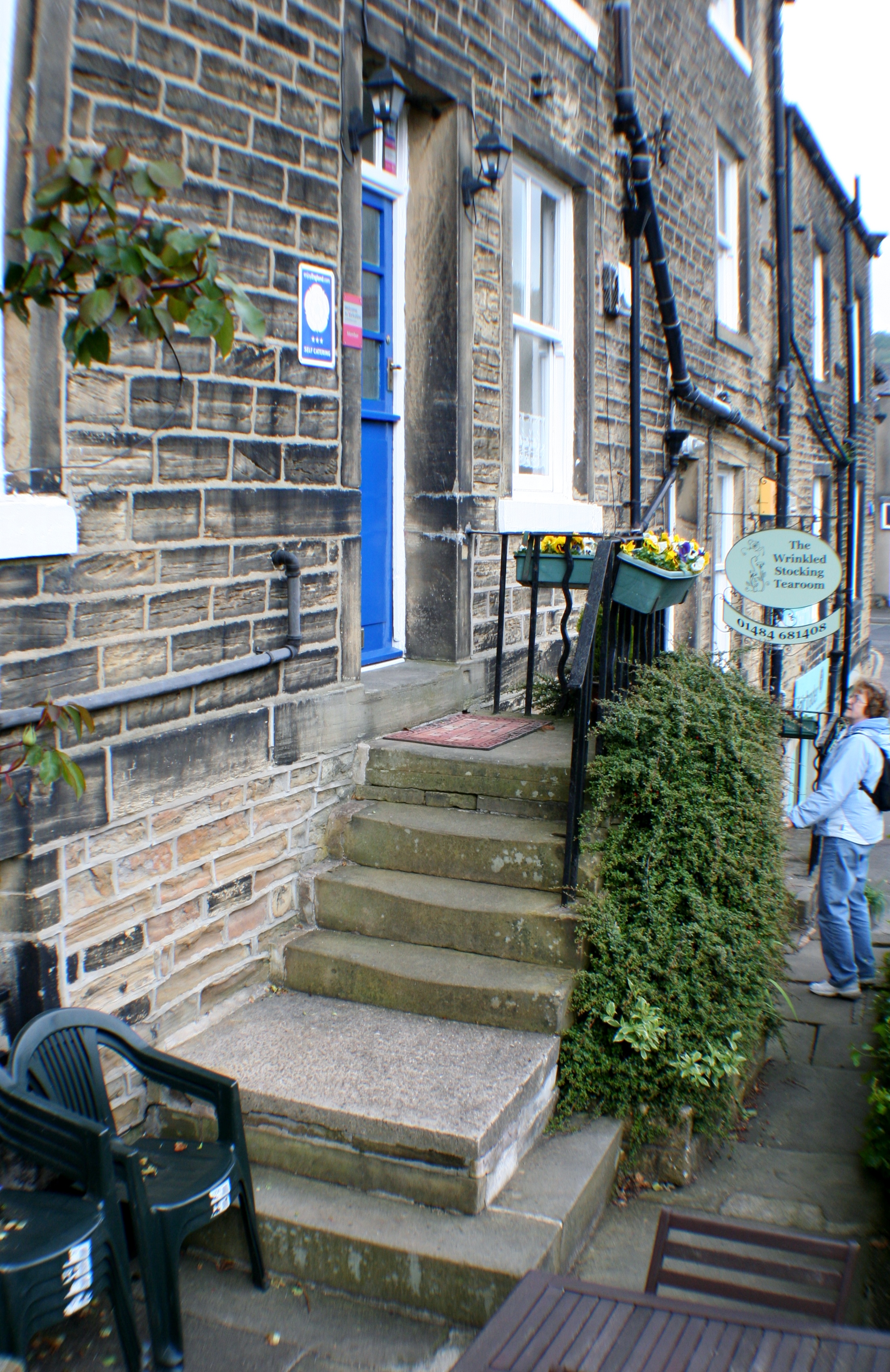 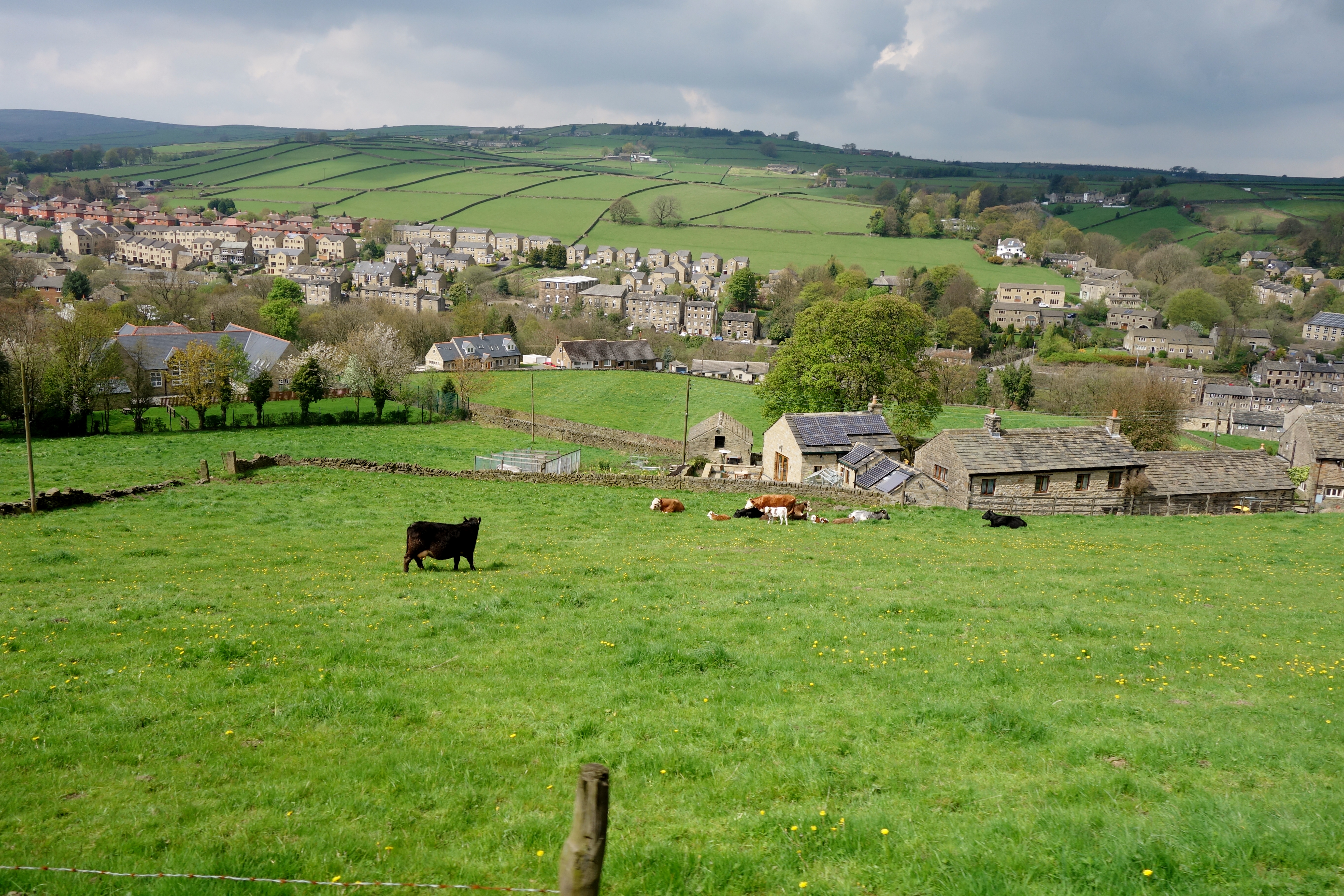 Next, we continued south across the rugged High Peak District of Derbyshire, an open expanse of rugged, high elevation moorland covered in heather and peat. Our journey entailed travelling along Snake Pass. Unfortunately, we were unable to avail of stops for photographs in this section of the tour.

After a brief refreshment stop in Bamford we arrrived at our final destination for the day at Bakewell, a prosperous and pretty town on the banks of the River Wye which is characterised by numerous pubs, inns and hotels plus the famous Bakewell Pudding Shop. In the evening, we enjoyed a gentle walk along the river bank. 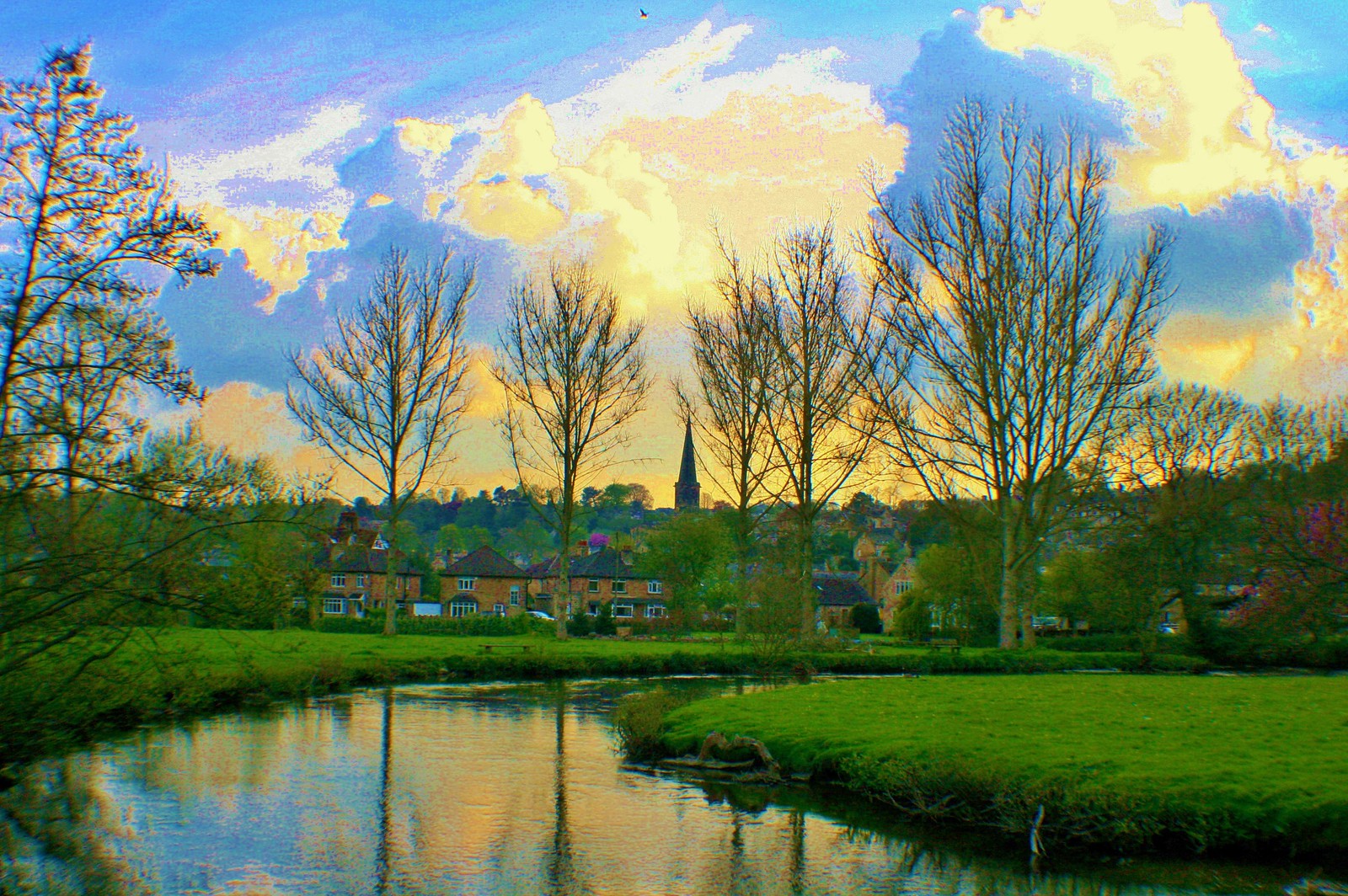