This evening, I am focusing on Egglestone Abbey in northern England. This is a ruined Premonstratensian abbey which existed between 1195 and its dissolution in 1540.

Location is about forty miles SW of Newcastle-upon-Tyne.

The name Egglestone may originate from Old English and mean ‘farmstead of a man called Ecgel’. 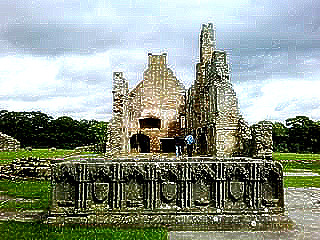 The abbey is managed by English Heritage and open to the public.

Another visitor attraction nearby is Raby Castle.