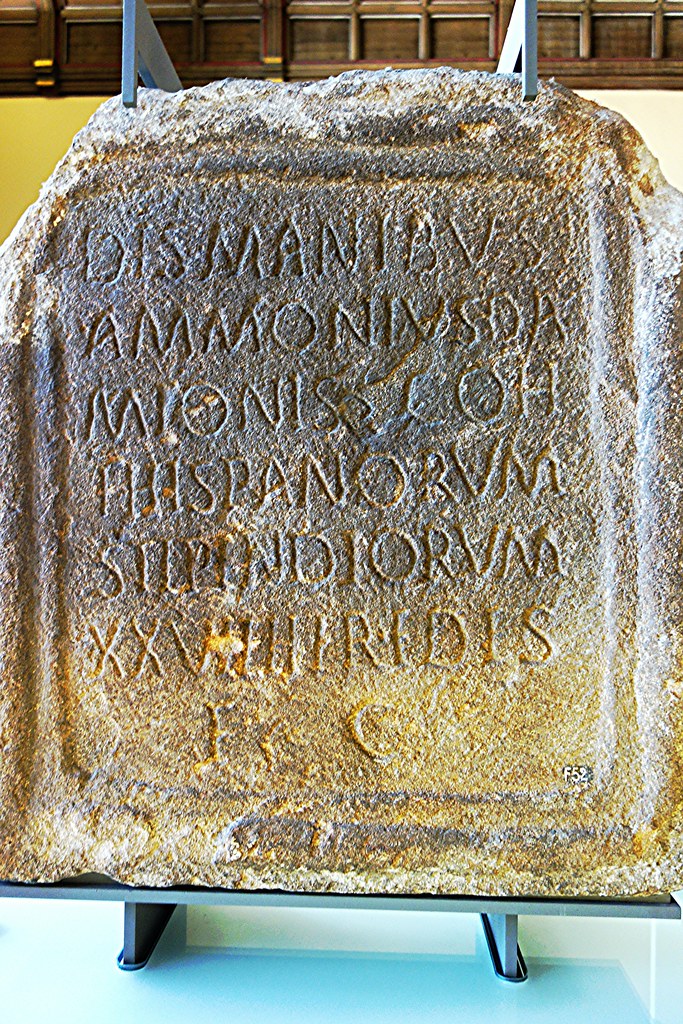 This evening, I am posting information on what may be the oldest tombstone in Scotland, possibly Britain, with a literate inscription.

The tombstone dates from around AD80-AD90 and was found at Ardoch Roman Fort, near Braco in Perthshire, central Scotland and now forms part of the Antonine Wall exhibition in the Huntarian Museum, Glasgow.

The inscription is written in Latin and reads:

“To the spirits of the departed Ammonius, son of Damio, centurion of the First Cohort of Spaniards, of 27 years service. His heirs had this erected.”

The Ardoch fort pre-dates both Hadrian’s Wall and the Antonine Wall and formed part of the very early Gask Frontier (AD 79-87) established during the Flavian period (Emperor Vespasian and his sons). In essence Gask would have been a very exposed and isolated line deep in enemy territory and situated about 25 miles north of the subsequently built Antonine Wall (approx. AD 142-160)

Particular points of note in regards to Ammonius, he:
Here is a video clip of the inscription.