Tarbet, a popular destination for tourists on Loch Lomond, Scotland 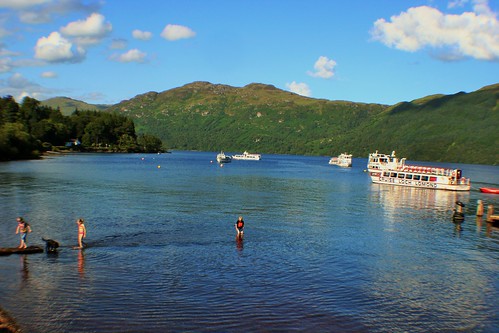 This evening, I am posting information on the village of Tarbet at the northern end of Loch Lomond, Scotland and about forty miles N.W. of Glasgow.

Tarbet is a tiny community which is linked with two other nearby villages, Arrochar and Succoth. In aggregate, the three villages have a population of about 1000 persons.

Tourism is the main activity. Here can be found hotels, B&Bs and eateries. Despite its small size, hundreds of thousands of visitors would pass through each year because of Tarbet’s location, as illustrated in image immediately below,, at junction of roads north, to Glencoe and Fort William, and west, to Inveraray and Oban.


Road junction at Tarbet with hotel in centre. 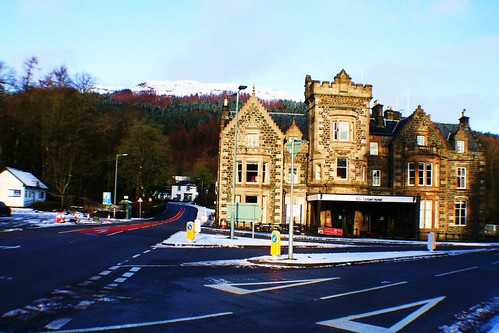 In addition to road transport, Tarbet can also be accessed via rail.

One of the main activities at Tarbet (during the tourist season) is cruise and ferry services covering the northern end of Loch Lomond. 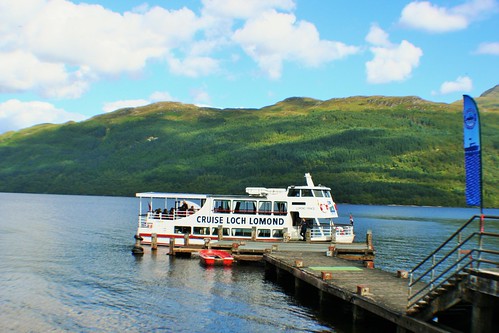 Just two miles to the west is Arrochar on the northern tip of Loch Long. Herein lies the clue to the origin of the name Tarbet which means a strip of land over which ships could be dragged (between the two lochs). This function may date back to the Viking era of the 9th-13th centuries AD. Interestingly, Loch Long means ‘ship loch’ in Gaelic and is believed to relate to the Viking fleet moored there.