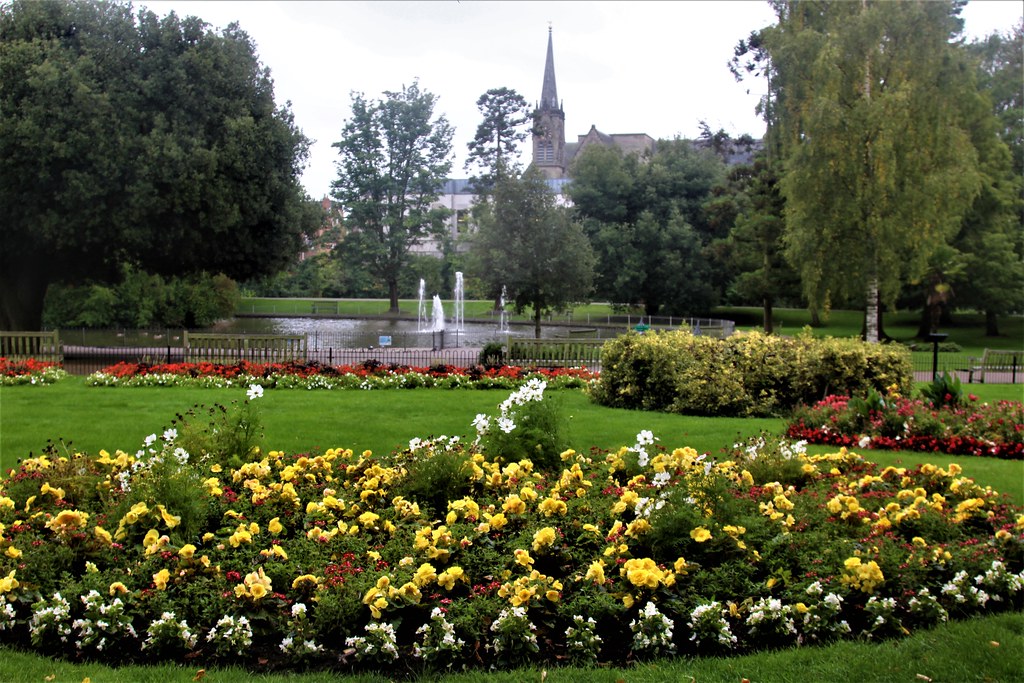 Above image is a capture of a scene in Jephson Gardens, Leamington

Today, I am in Royal Leamington Spa (better known as just 'Leamington') in central England. This is a beautiful and prosperous town situated in the heart of Warwickshire. With a current population of around 50,000, the town’s growth was largely due to the natural spa springs that were discovered and commercialised in the nineteenth century. 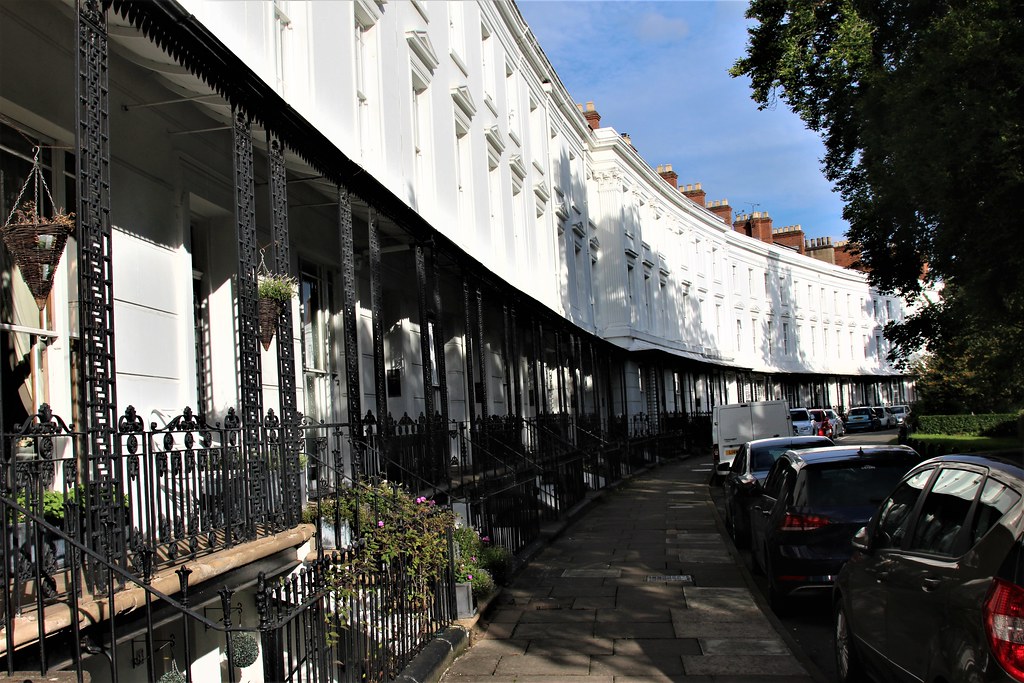 Landsdown Crescent, classical regency architecture designed by William Thomas in 1830s who later moved to Canada and became a leading architect there.

Leamington is located about ninety eight miles NW of London.

The town is well known for its elegant Regency architecture (18th/early 19th century) and broad boulevards. Prefix 'royal' was added on authority of Queen Victoria in recognition of her availing of an overnight stay in the town as an 11 year old princess in 1830.

Leamington grew and prospered on the back of natural spa springs which were discovered and commercialised in the 19th century. At the heart  was the colonnaded Royal Pump Rooms, a former bathhouse which has since been converted to an art gallery and museum. This includes a local history gallery and an original hamman or cooling room. 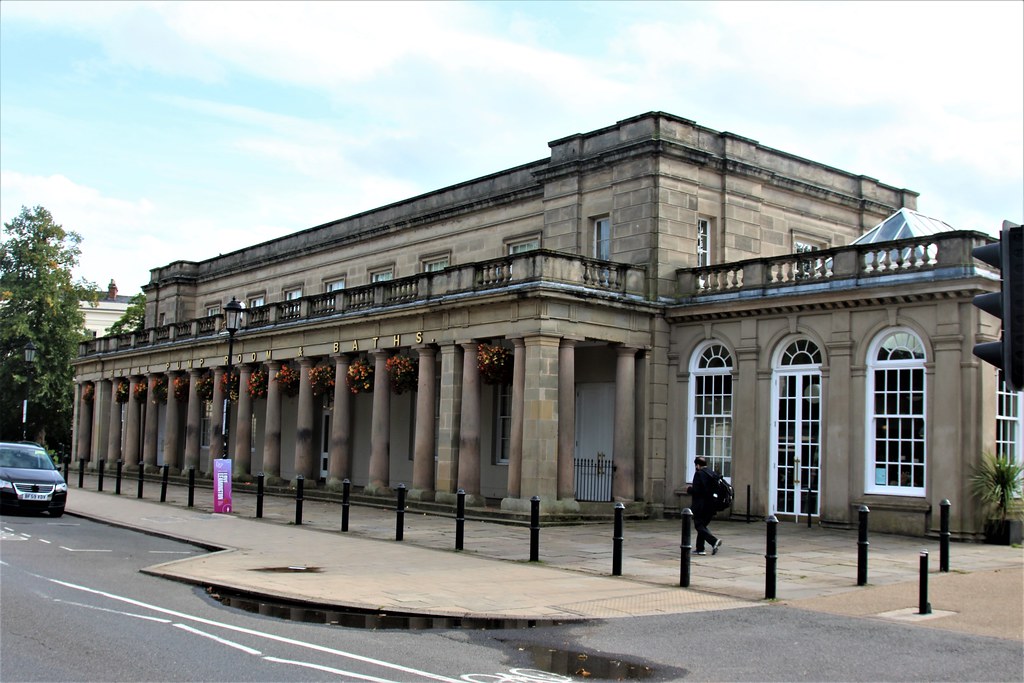 Another facility is the Jephson Gardens in the centre of town which boasts elaborate formal flowerbeds and a glasshouse for tropical plants.

From a tourist perspective, Leamington provides easy access to: 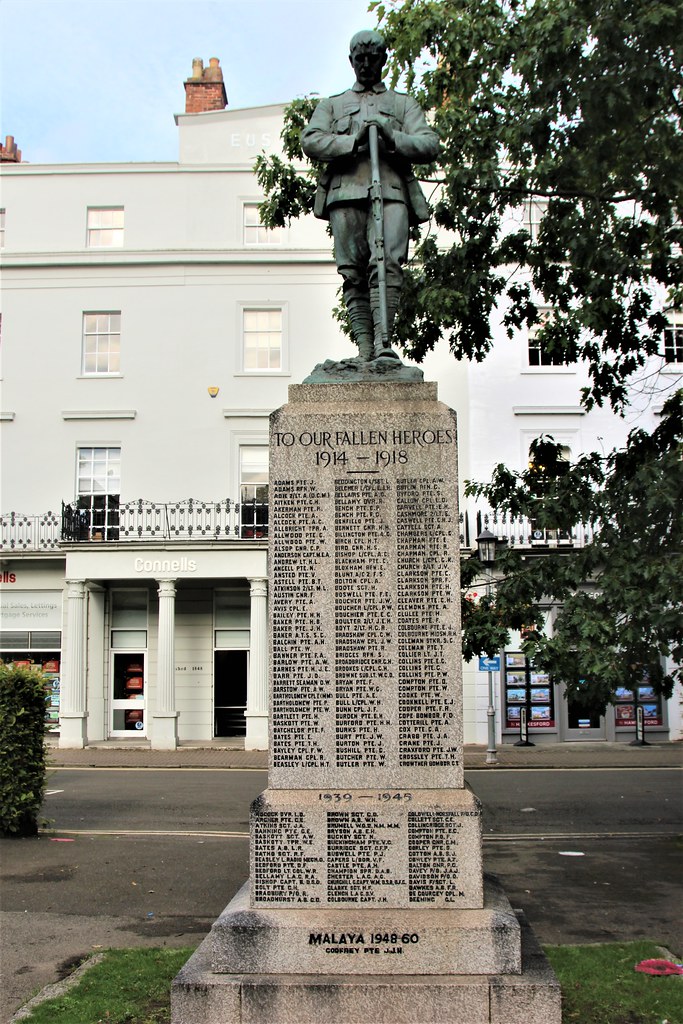 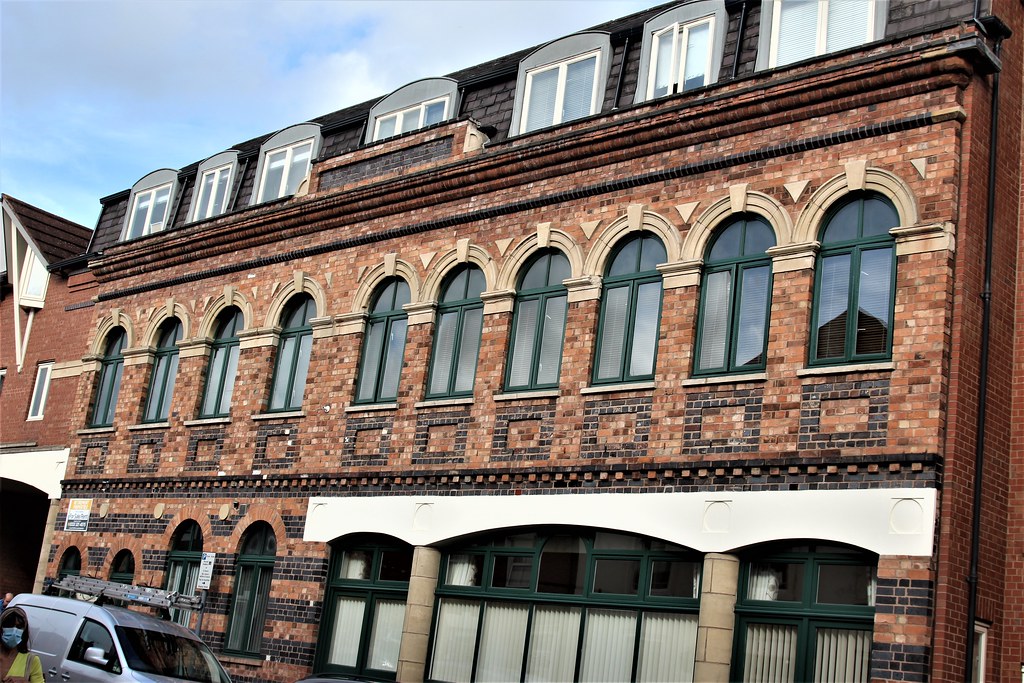 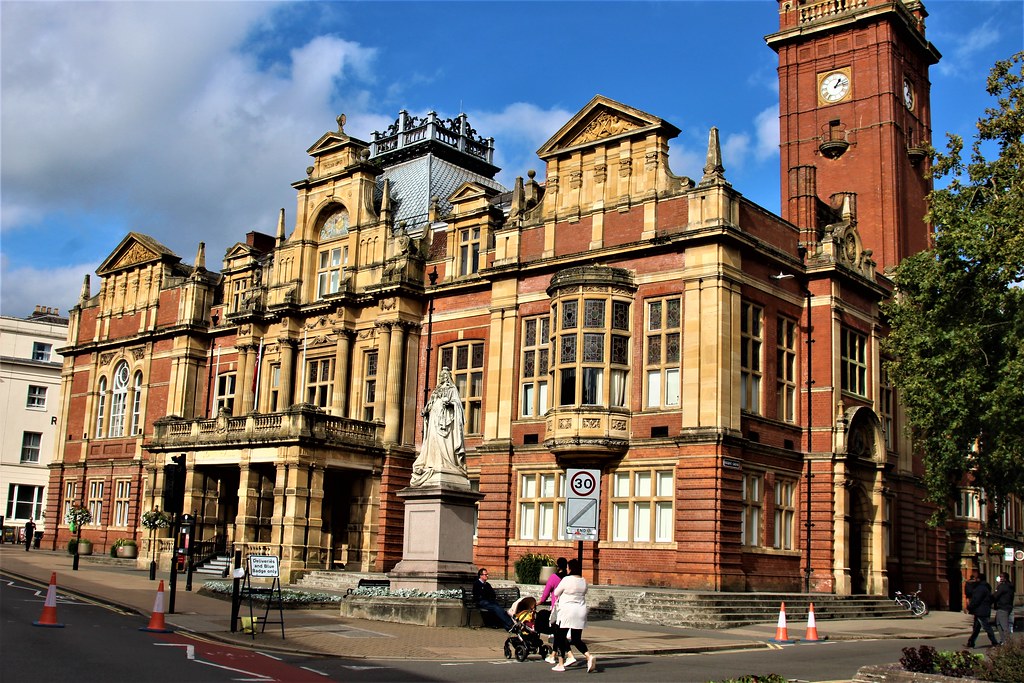 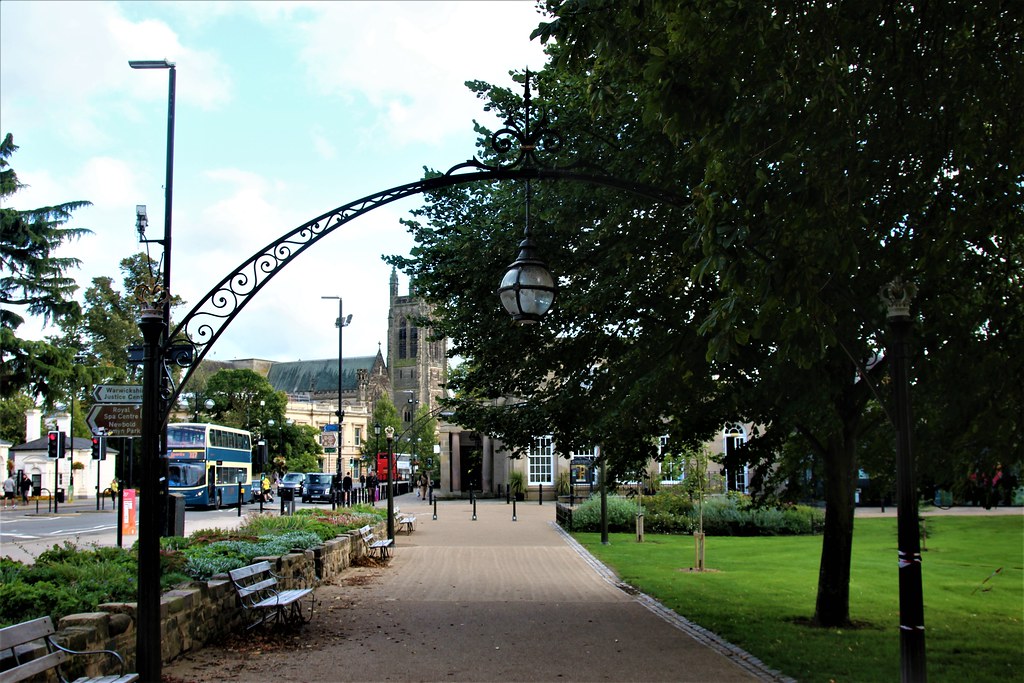 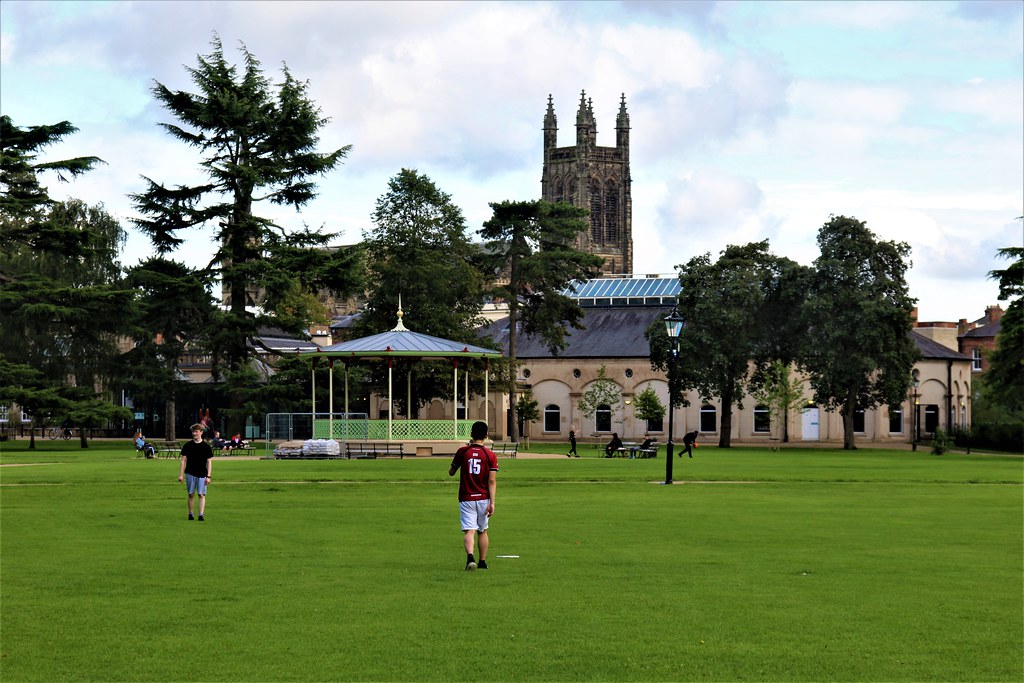 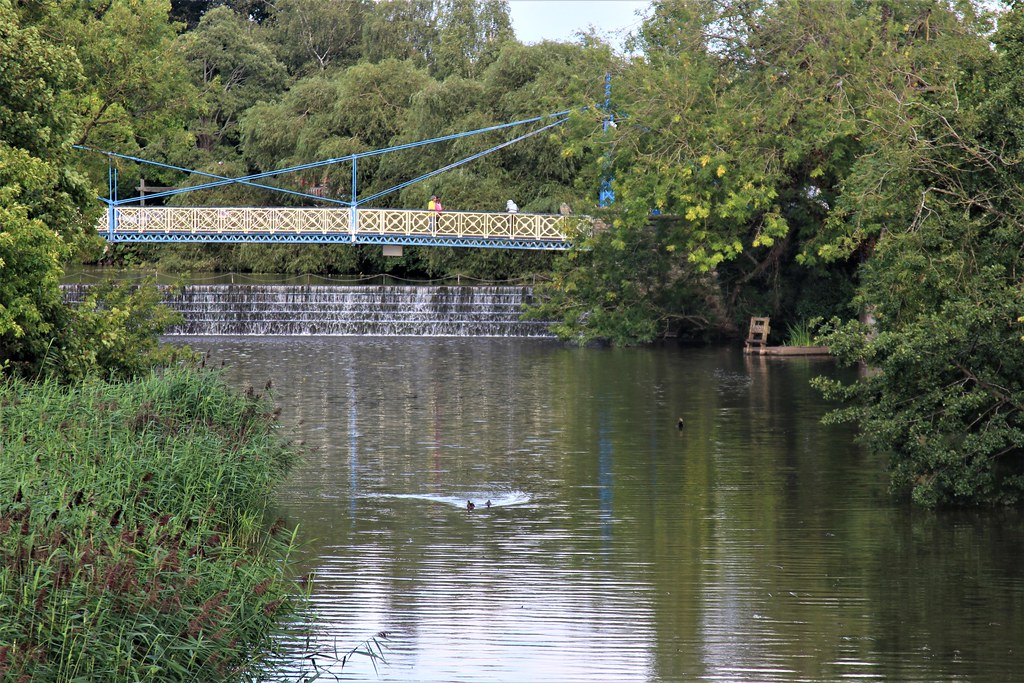 River Leam after which town is named.