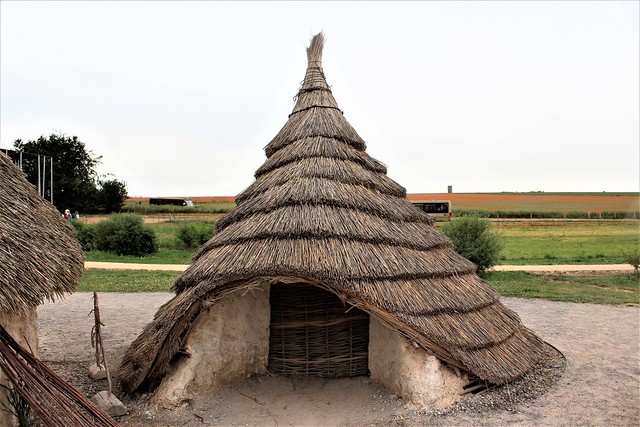 This evening, I am providing information on a selection of domestic dwellings in Britain spanning a period of about 4500 years, from the Early Neolithic to the Iron Age. 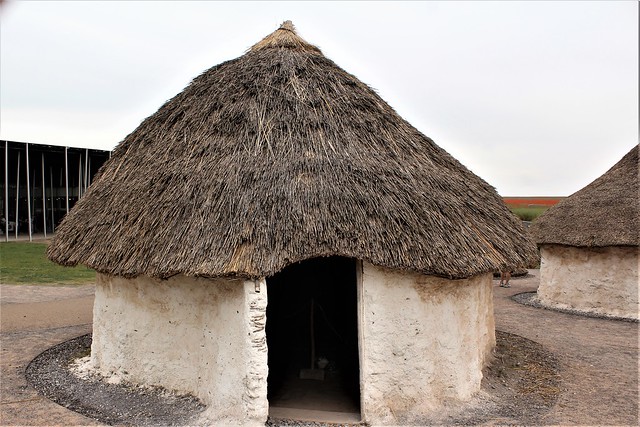 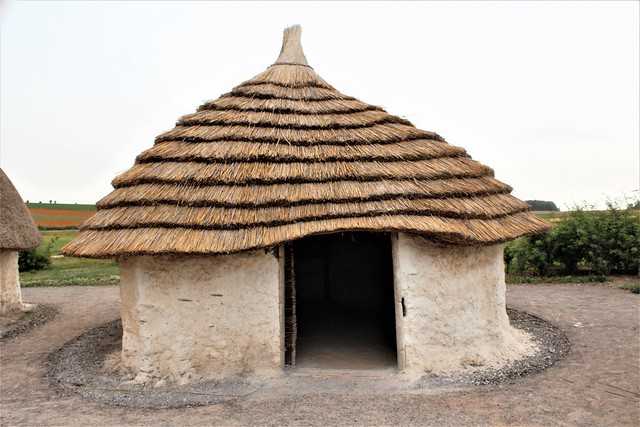 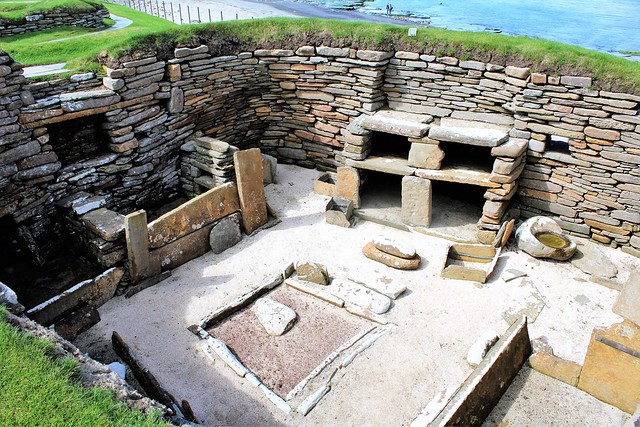 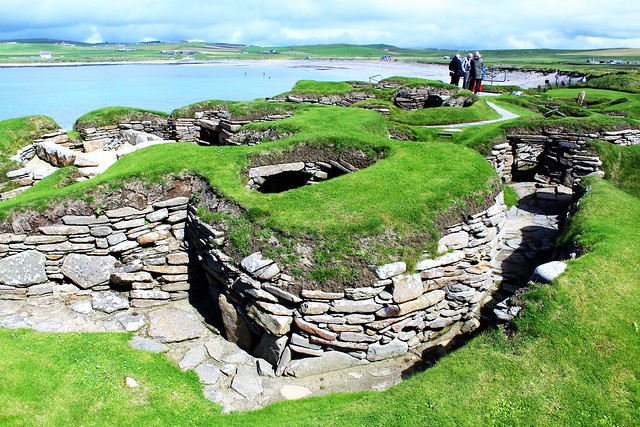 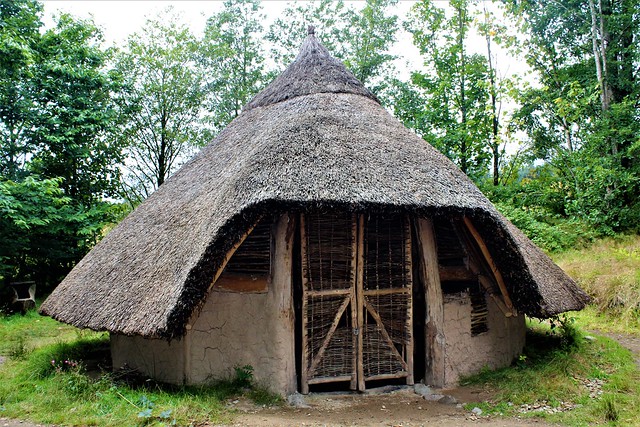 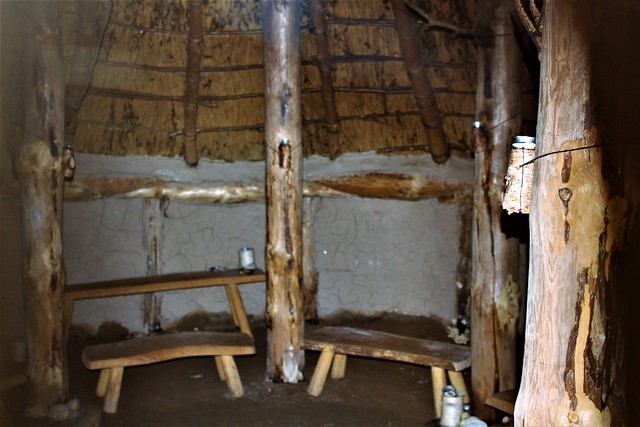 The two images immediately below are age remains of brochs.

Brochs are unique to Scotland with the majority dating from around 100 BC to 100 AD. There are over 500 known sites of these structures in Scotland, but it is only in the Highlands and Islands that brochs are to be found in any numbers.

The brochs are tall, windowless towers,cleverly engineered, they represent the peak of dry-stone wall building and are without equal in Europe during the period.Brochs were probably roofed and would have incorporated two or three timber floors known as galleries. The nearest comparison with a modern structure would be a lighthouse. 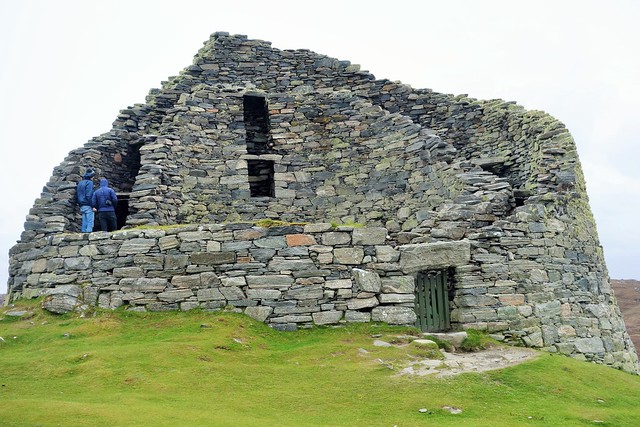 Carloway Broch, Isle of Lewis, Scotland. This is about 25pct complete. 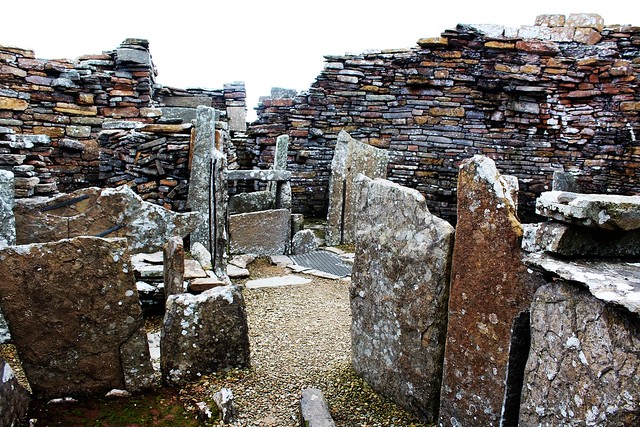 Broch of Gurness, Orkney, Scotland. This is about 10pct complete. 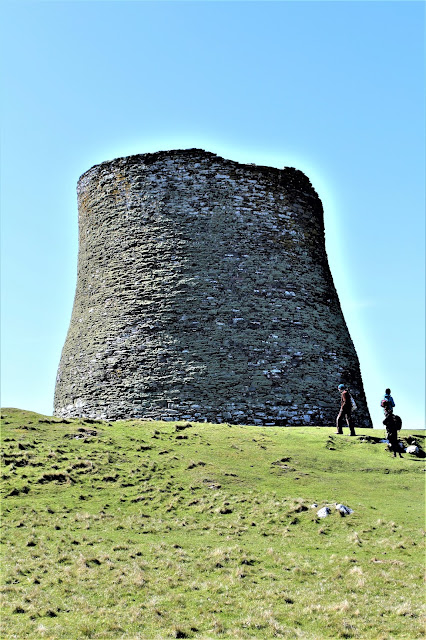 Crannogs were timber buildings built on wooden stilts or man-made islands and were high status homes for extended families and their (valuable) animals for some 2000 years, from prehistory through to the Iron Age and even into medieval times. Crannogs were widespread in Scotland and Ireland. There are over six hundred recognised crannog sites in Scotland alone. 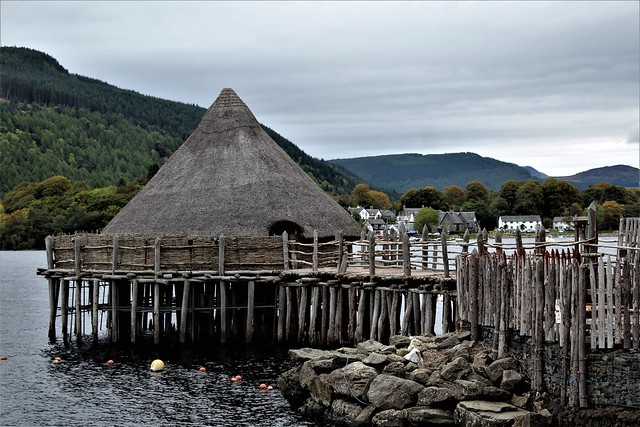 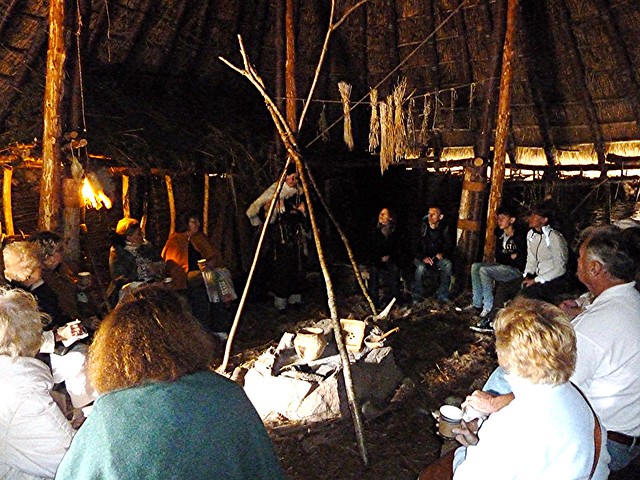 Inside the Loch Tay Crannog 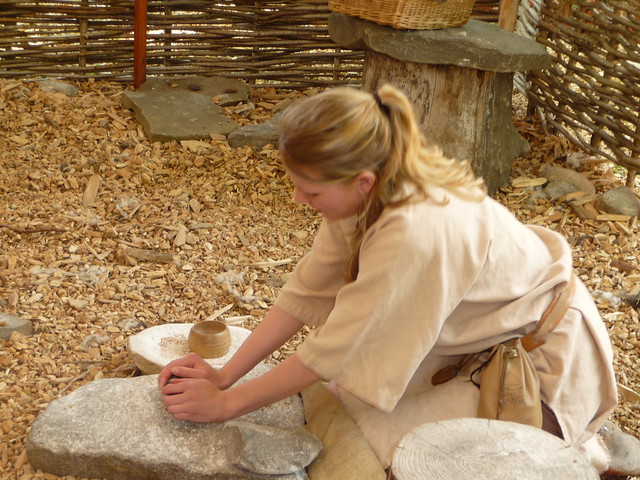 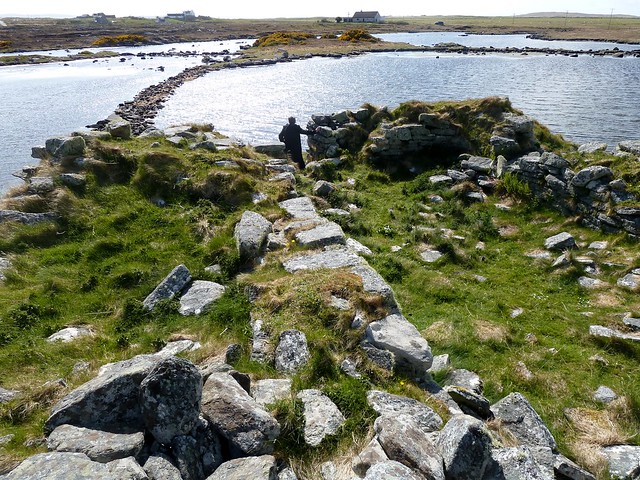 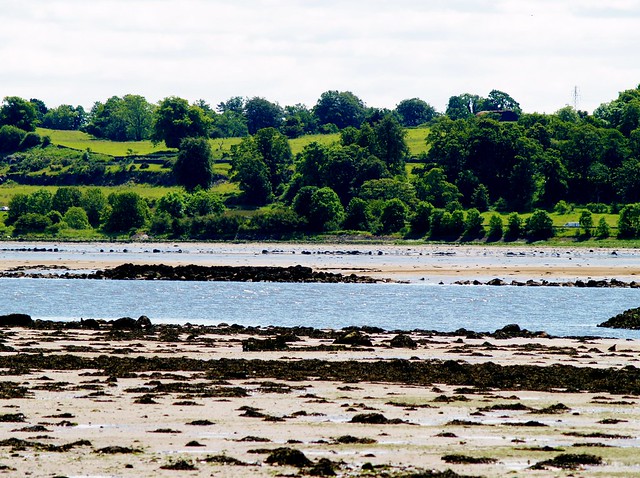 Circular foundations of Dumbuck Crannog in River Clyde, Scotland. This is only visible at low tide.

More information on brochs and Scottish islands can be found in the publication, Visitors' Guide to Scotland, ISBN 978-1-9161332-0-4. This book is also available via Kindle.