Roman-era Temples of Mithras in Britain 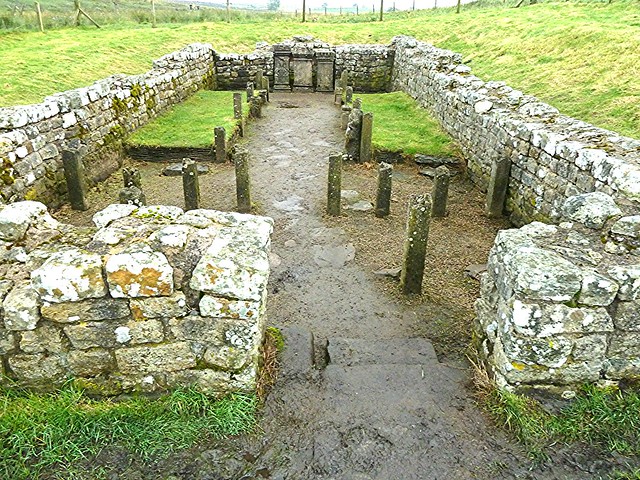 Temple of Mithras at Carrawburgh on Hadrian's Wall

Tonight I am posting information on two temples of Mithras from the Roman period (1st-5th centuries AD) which are from the same time period but about three hundred miles apart.

In London can be seen the high-tech display based on archaeology at Bloomberg offices whilst still in situ at Carrawburgh on Hadrian's Wall is an original still exposed to the elements. 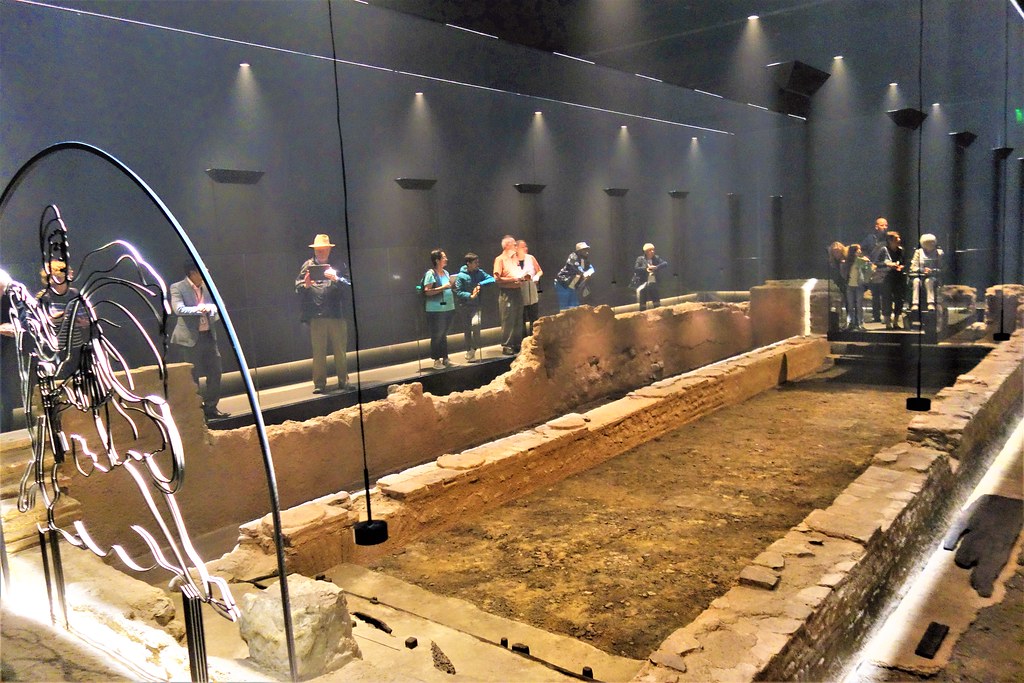 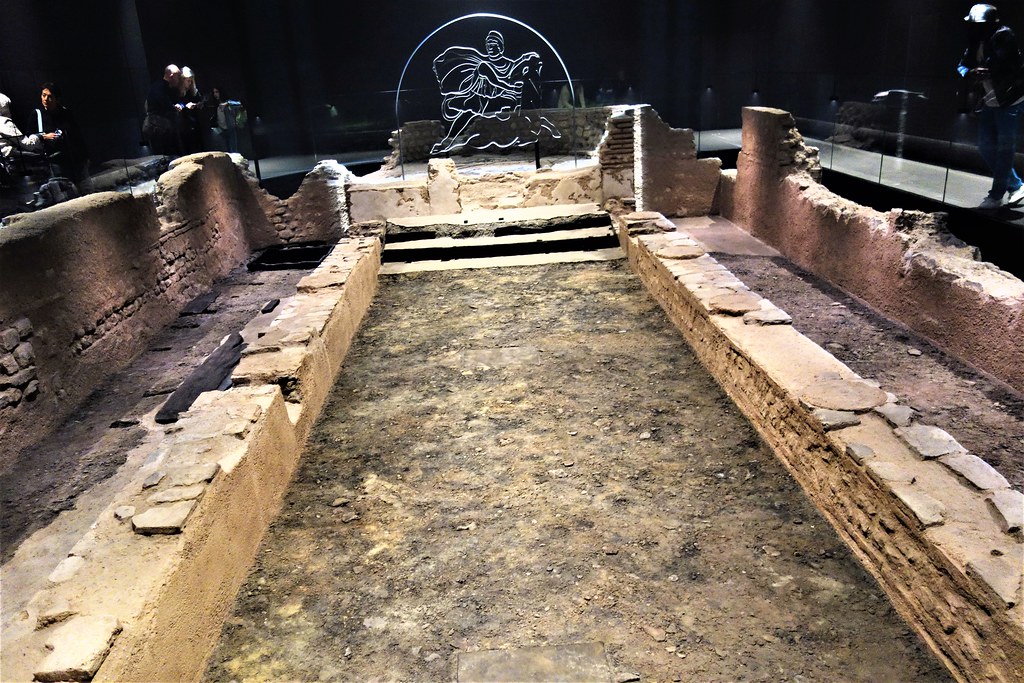 Mithras was a pagan god the worship of whom was predominantly the preserve of senior officers in the Roman army. There are between three and five temples dedicated to Mithras worship at forts on Hadrian’s Wall. Mithraism was an adaption of ancient religion from the East, centering on the struggle between light and darkness, good and evil. The central scene in every Mithraeum features the slaying of a bull as an act of redemption.

The Mithraeum at Carrawburgh, comprised a nave with benches on either side with a sanctuary at one end and a narthex (portico) at the other. The latter being an ante-room for uninitiated adherents. It is believed that members of the cult progressed through various grades via a succession of ordeals. 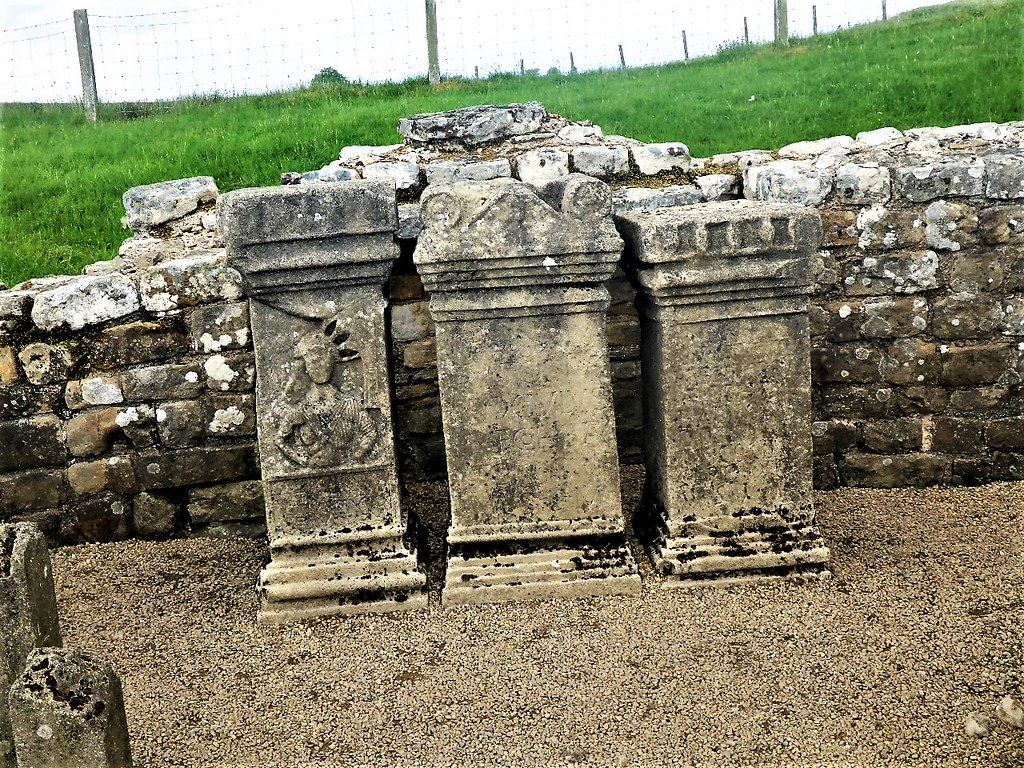 Altars at Carrawburgh
Temples of Mithras