This evening, I am posting some images of a couple of interesting Roman sites in the English Lake District.

The first (still) image is of Hardknott Roman Fort or Mediobocdum. This large fort was built during the time of Hadrian (Emperor from AD117 to 138) by a Cohort of troops from Croatia. The walls were 12 feet thick. Other features include a double towered gateway, granaries, a bathhouse and commandant's quarters. Elevation is 800 feet and in winter this would have proved a hardship posting for the troops. 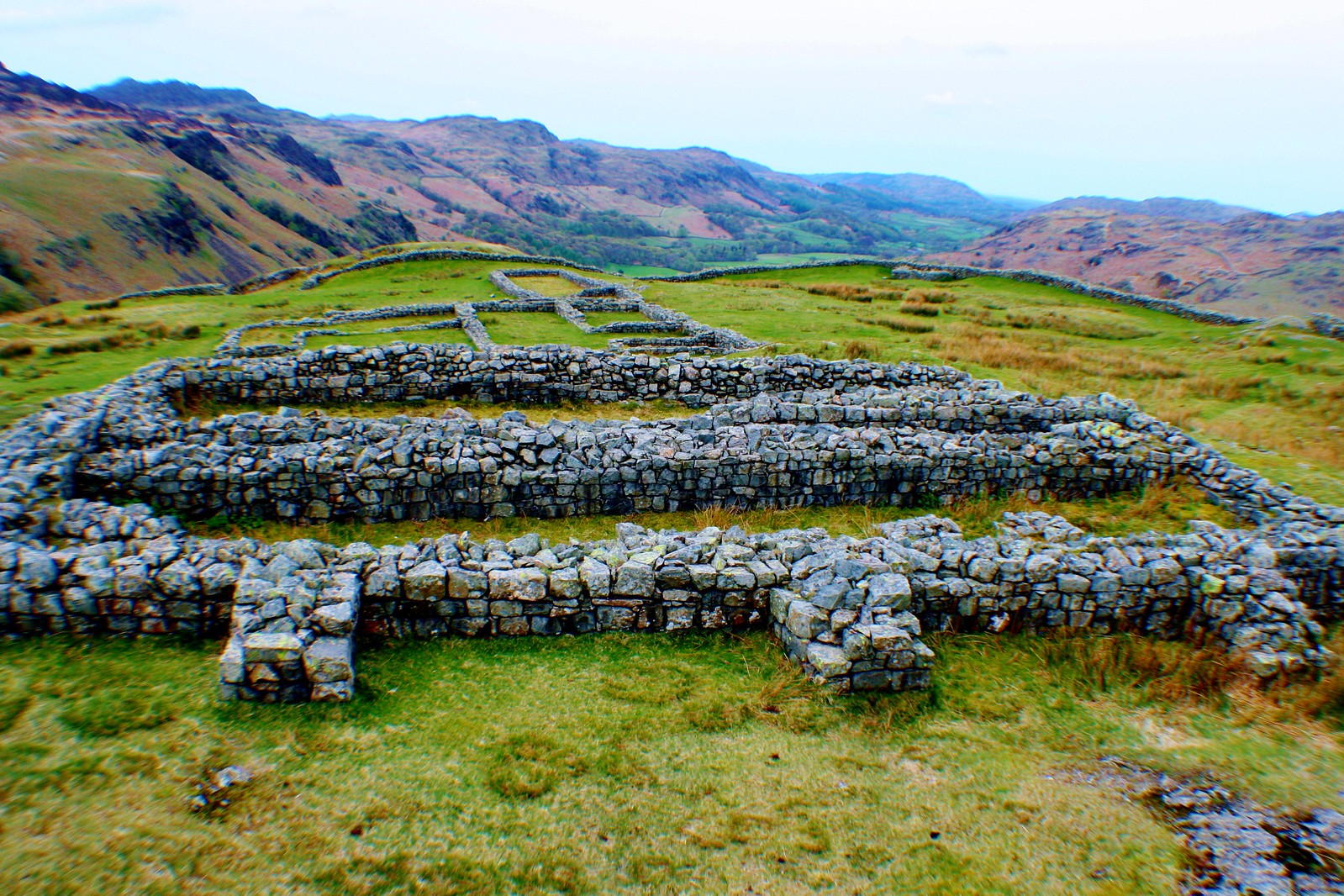 Here is a video clip of Alauna, at Maryport.

This Roman fort is believed to have been closely linked to Hadrian's Wall just to the north. It was built by Vexillations of the Second Augustan Legion and the Twentieth Legion. Unfortunately, access to the actual site is restricted but adjacent is a museum full of Roman era artifacts and statues from the locality. To me the earthworks are redolent of Ardoch in Perthshire, Scotland In the video can be seen a replica of a Roman Watchtower.

For visitors interested in the Roman era, both of the above sites are deserving of a visit. (There is a good fish and chip shop at the sea front in Maryport!)