Tonight, I am in Doncaster, Yorkshire, northern England.This former town (pop 312,000) has recently been granted city status, the highest accolade for a community in the U.K.

This city has Roman origins, the clue to which lies in the name. The 'caster' element is a corruption of the Anglo-Saxon caester which effectively mean 'Roman fort'.This name is derived from the Latin 'castrum'.

Here is an artist's impression of the fort in context of the nearby River Don which contributes the first syllable of Doncaster.The 'Don' name predates the Roman period and probably mean 'water'. 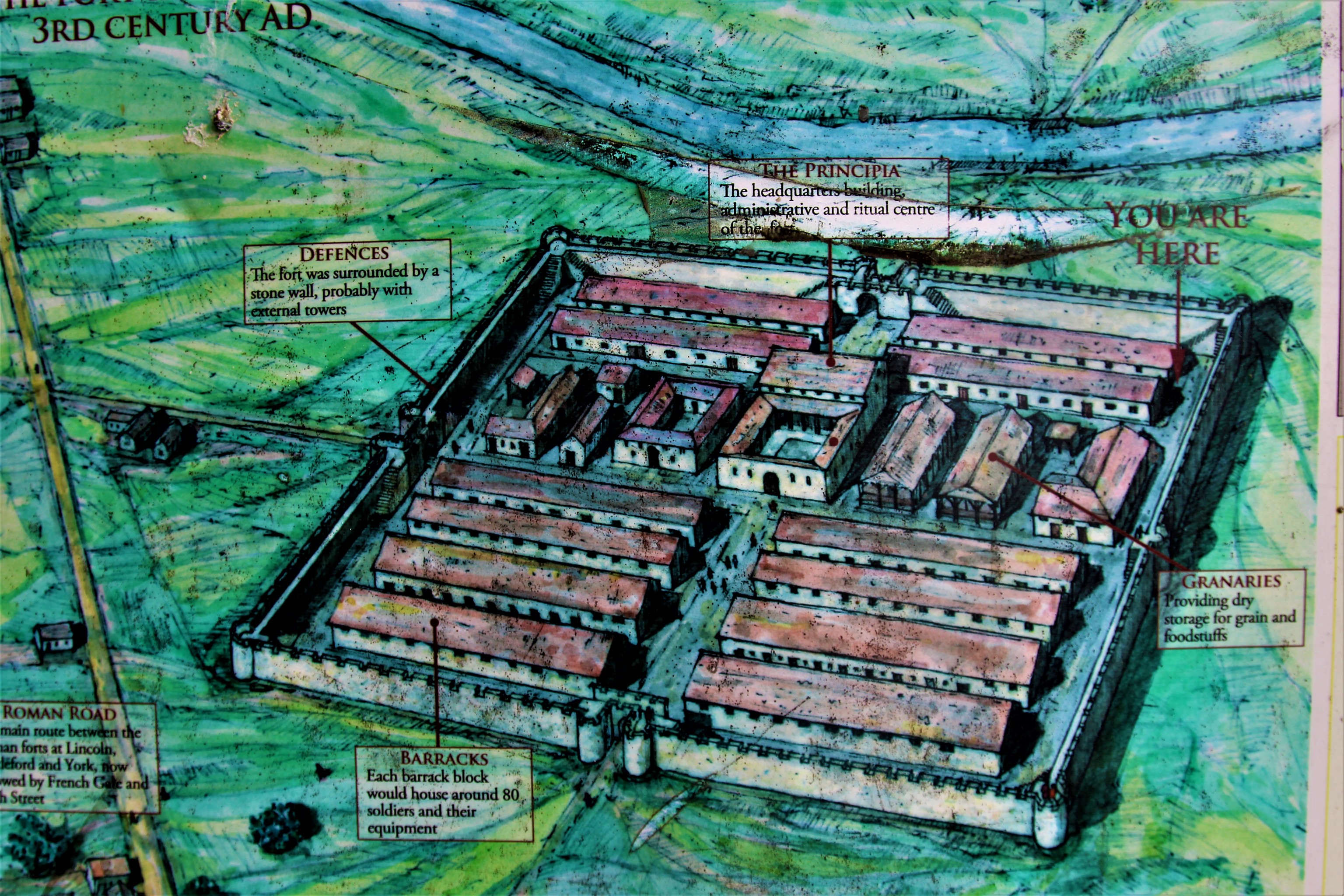 More information on the Roman fort

The Romans successfully invaded what is now England in AD 43 and progressively worked north from their southern base.

The earliest fort at Doncaster dates from AD 71. This was re-built 15 years later.

The fort was partially abandoned from the AD 120s, a development which may have been influenced by the construction of Hadrian's Wall, further north at this time.

About AD 158 a new fort was constructed on the site. This was smaller than it's predecessor and was surrounded by 2M thick masonry walls. The bottom section of one of the walls can be seen in the image below. Sadly, this is the only extant, visible remains of the fort. At around the time of the new construction the Antonine Wall (in what is now Scotland) was in process of abandonment and Hadrian's Wall re-fortified. All this activity indicates the conuntryside was far from pacified. 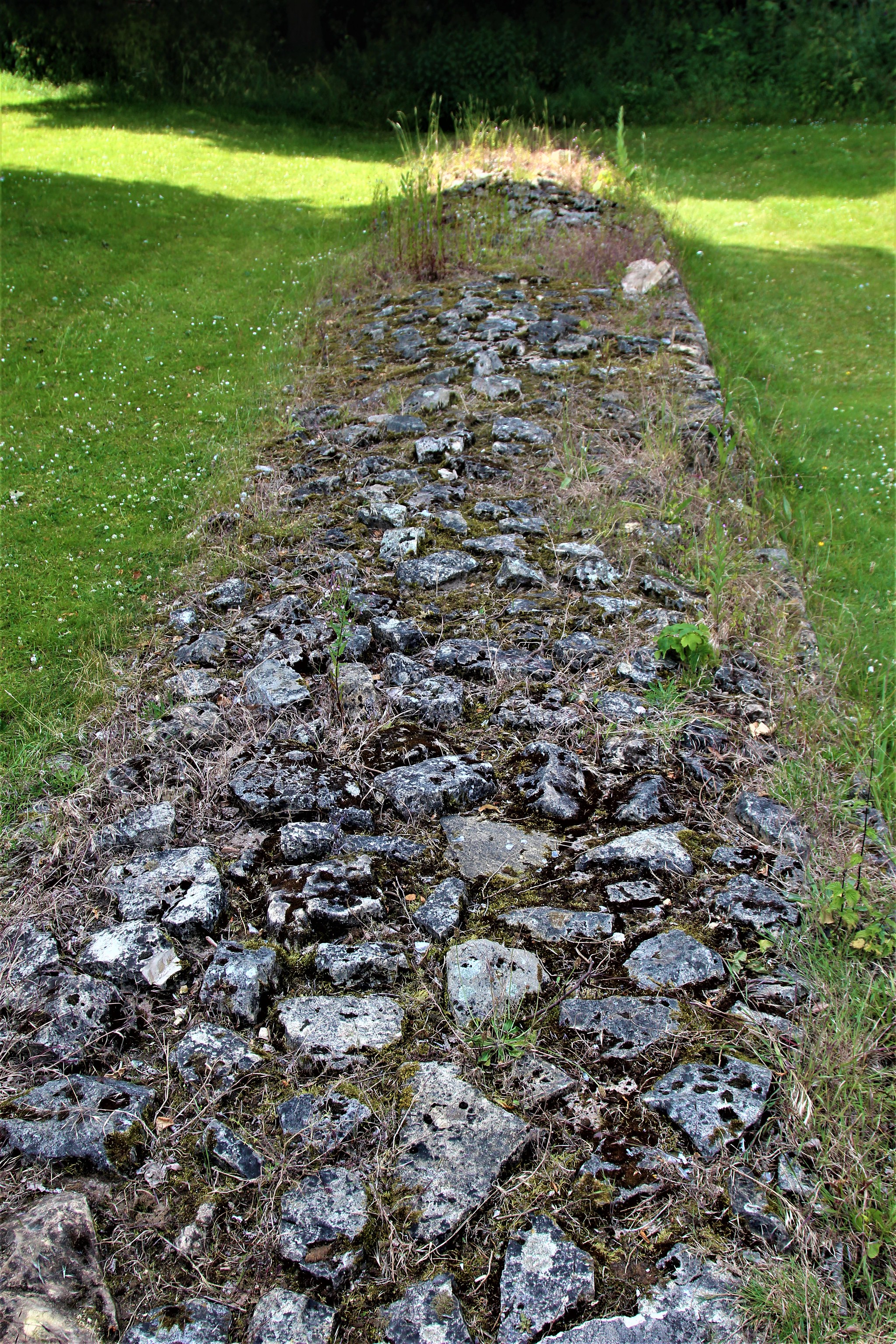 Interestingly, the site of the Roman fort is very close to the huge minster (cathedral) which exists today. As the term 'minster' dates to Anglo-Saxon times it seems likely that the new settlers graviated towards the existing military site. In the first millennium it was commoin practice for the Saxons to recycle Roman masonry into the construction of new buildings such as churches.

Military occupation of the fort site seems to have ceased around the late 4th century.

Attracted by a contingent of well paid Roman soldiers a civilian settlement or vicus grew up around the fort.Here were shops, taverns, traders and industries such as metal working. Archaeology suggests a successful commercial civilian sector as evidenced by substantial houses, high quality pottery, jewellery and even gaming pieces.