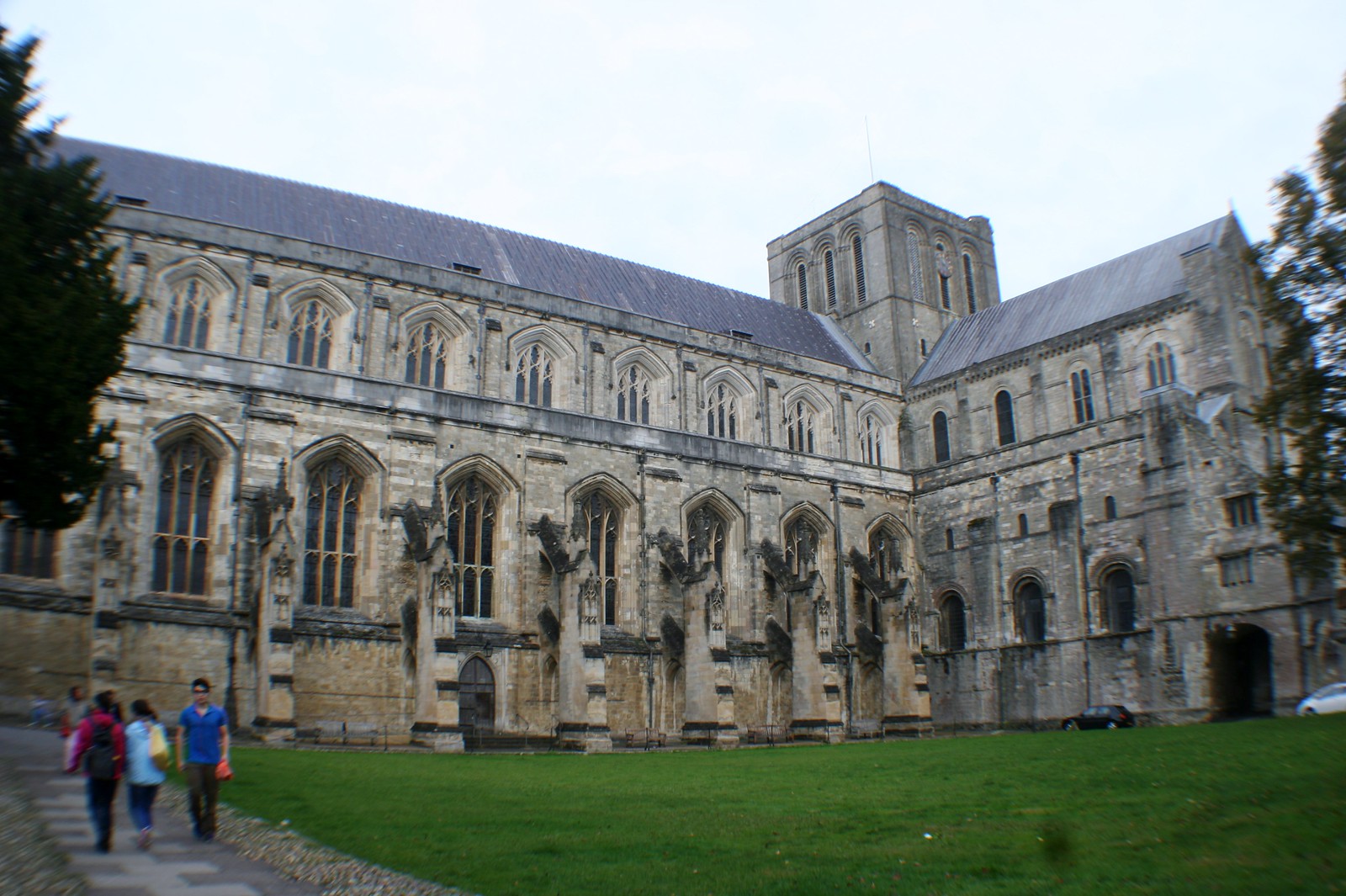 This evening, I am reprising a one-day section of an extended tour of medieval England.

First, we departed lodgings in Alton and then drove to nearby Winchester where we focused on the following:

Queen Eleanor’s Garden at the Great Hall, a recreation of a medieval garden.

Winchester’s  historic Cathedral, a follow-up to yesterday’s visit. Here we located the very unusual gravestone of one Thomas Thetcher who died of alcohol excess.

After lunch at Winchester we drove to Wallingford, a historic town on the banks of the River Thames. Prime objective here was the site of Wallingford Castle which covers an extensive area of what is now parkland and farmland. The castle was built on orders of William the Conqueror and for over 600 years dominated the Thames Valley.During its life the castle was home to many of the medieval kings and queens of England. However, the demise came after abandonment by Henry VIII and subsequent destruction on orders of Parliament during England’s Civil War. There are some minor pieces of masonry intact but the site now chiefly comprises the massive earthwork foundations. Here can be seen the Kite, bird of prey.

At Wallingford we met up with a local resident who kindly provided us with an impromptu tour including the now redundant church wherein is buried Sir William Blackstone, a lawyer whose legal drafting was used as the basis for the American Constitution.

After a productive day, we moved on to nearby Oxford and our lodgings for the night. On arrival we embarked on a short sightseeing tour of Oxford.