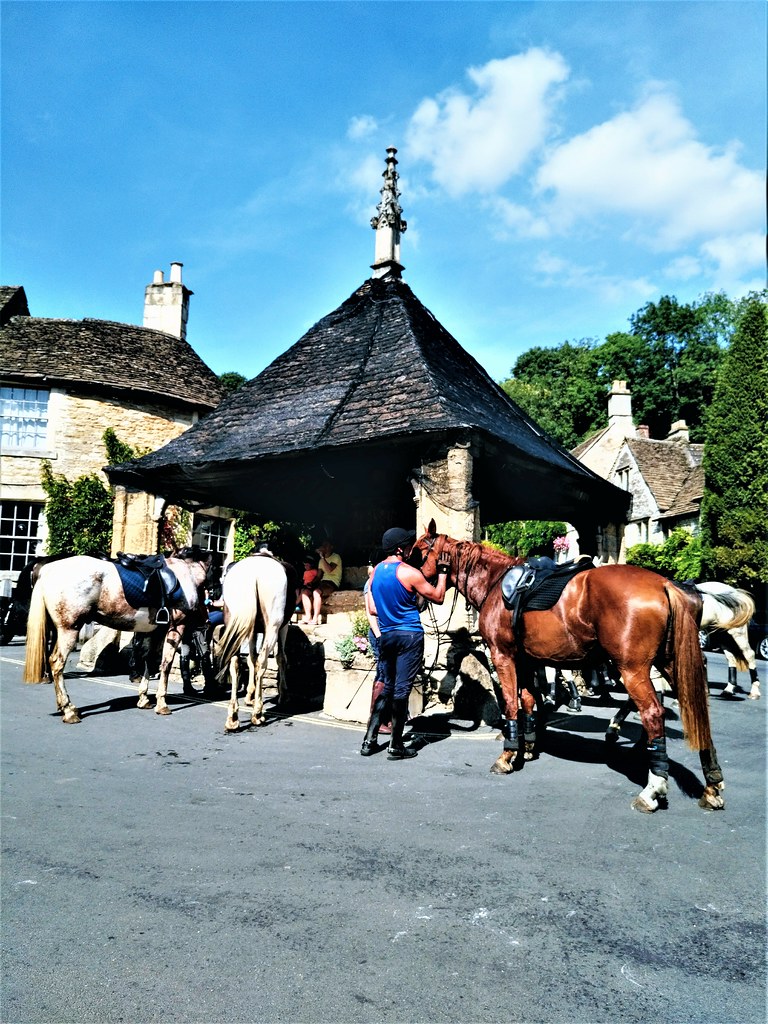 This evening, I am reprising a private tour of Wiltshire in south, central England. (Salisbury is about eighty eight miles S.W. of London.)

First, we departed our Salisbury lodgings on foot and embarked on a short walk to nearby Salisbury Cathedral. In course of this short trip we encountered thatched houses, the picturesque River Avon, numerous seasonal flowers and a small 12th century church. 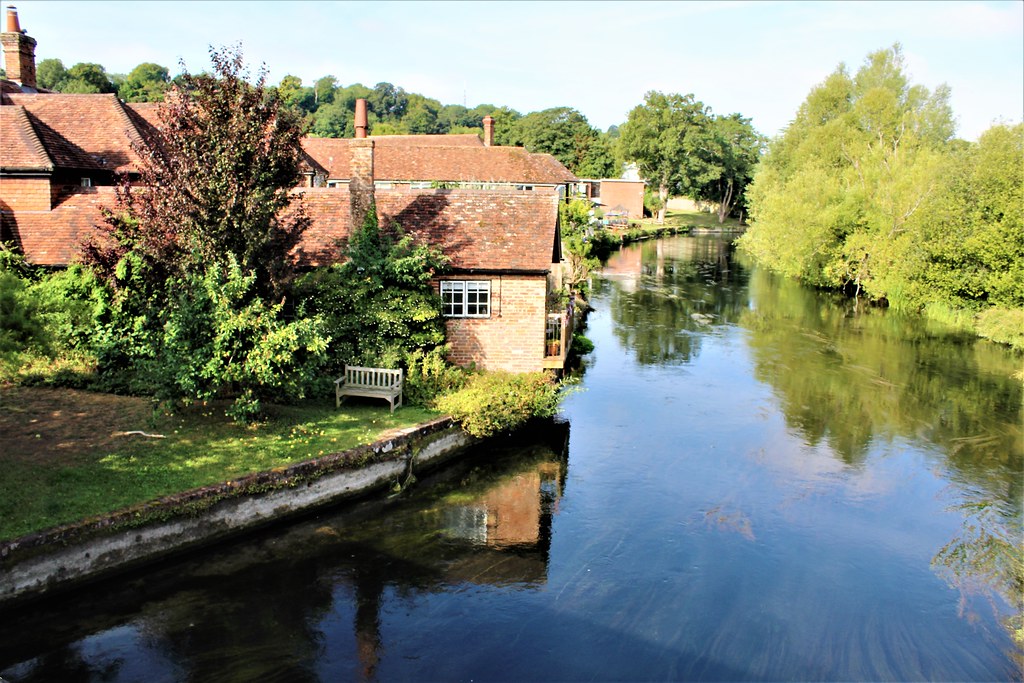 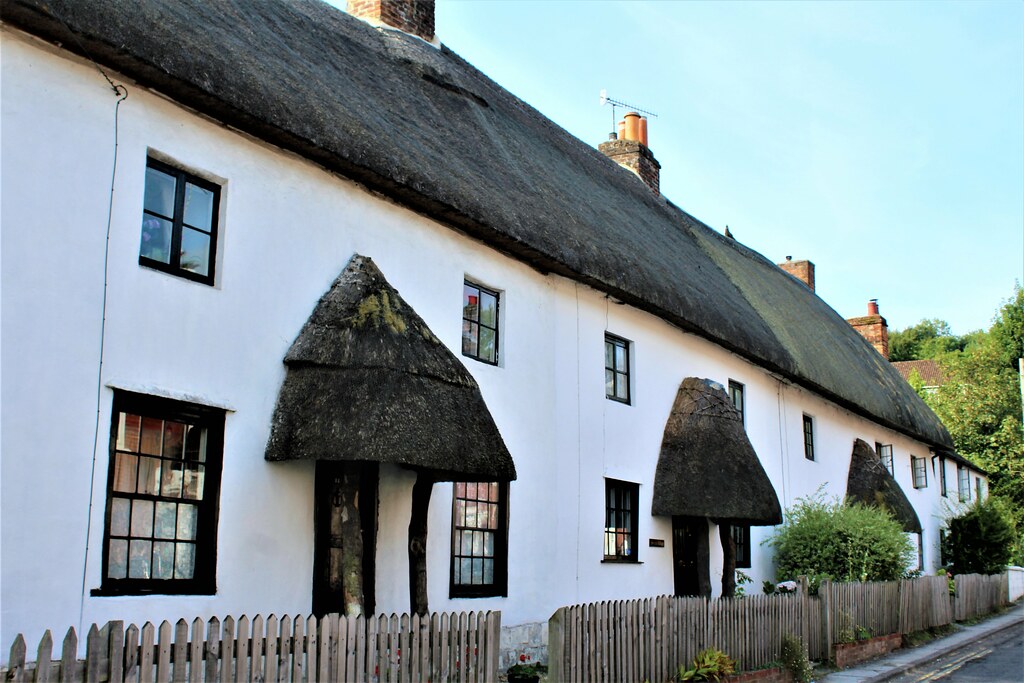 On arrival at the cathedral we linked with an excellent local guide who escorted around this magnificent building which originates in the 13th century explaining the engineering, architecture, internal decoration and links with English history including the Magna Carta  (1215), one of the four original copies of which is on display in the building. 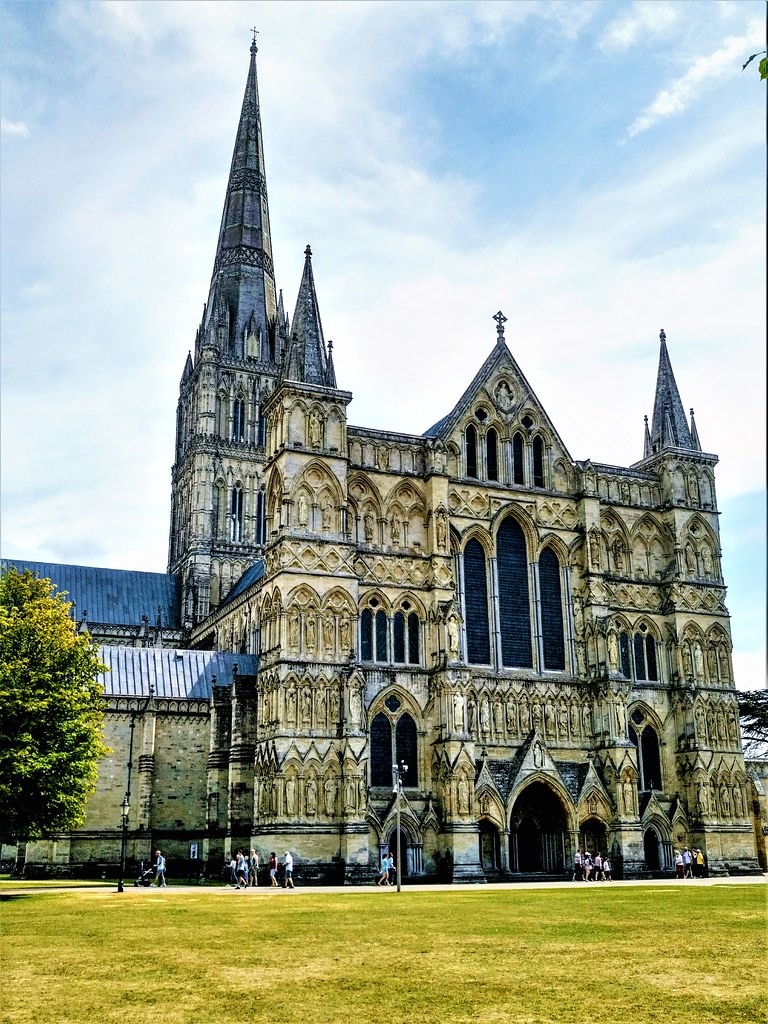 The building dates from 1220 when foundation stones were first laid. Thereafter, construction progressed using limestone from Tisbury, 18 miles away, and  Purbeck stone from Isle of Purbeck. Other key facts: 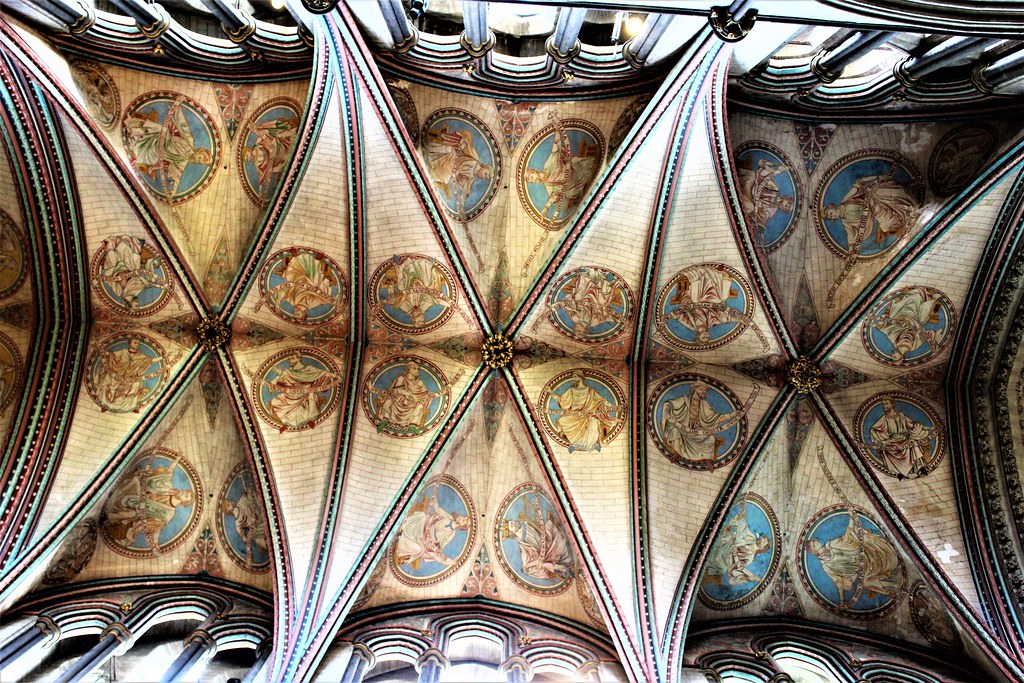 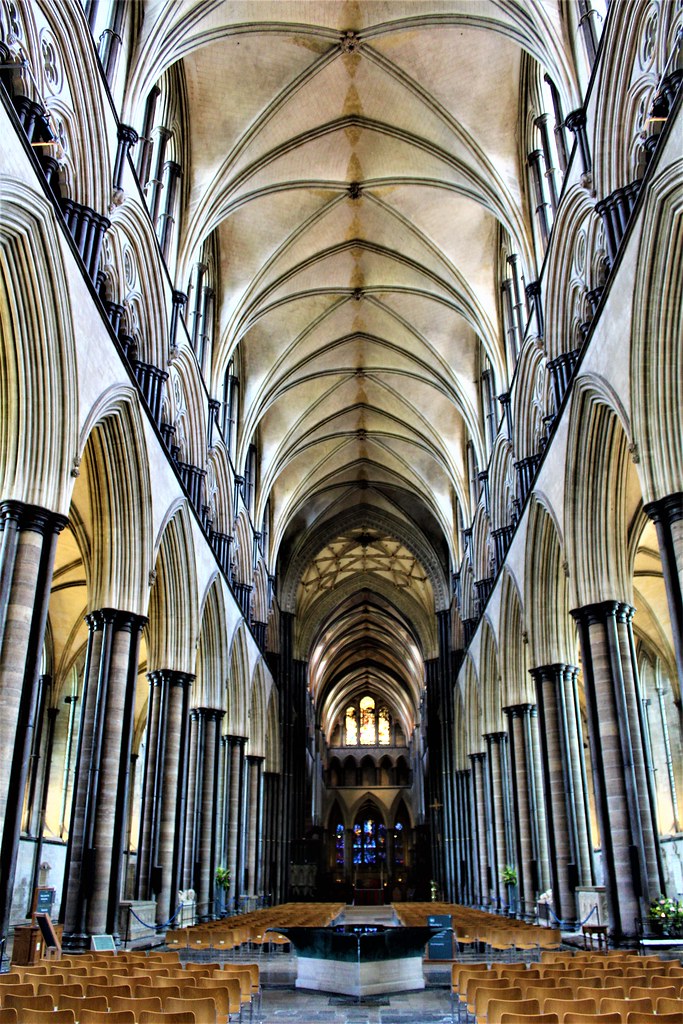 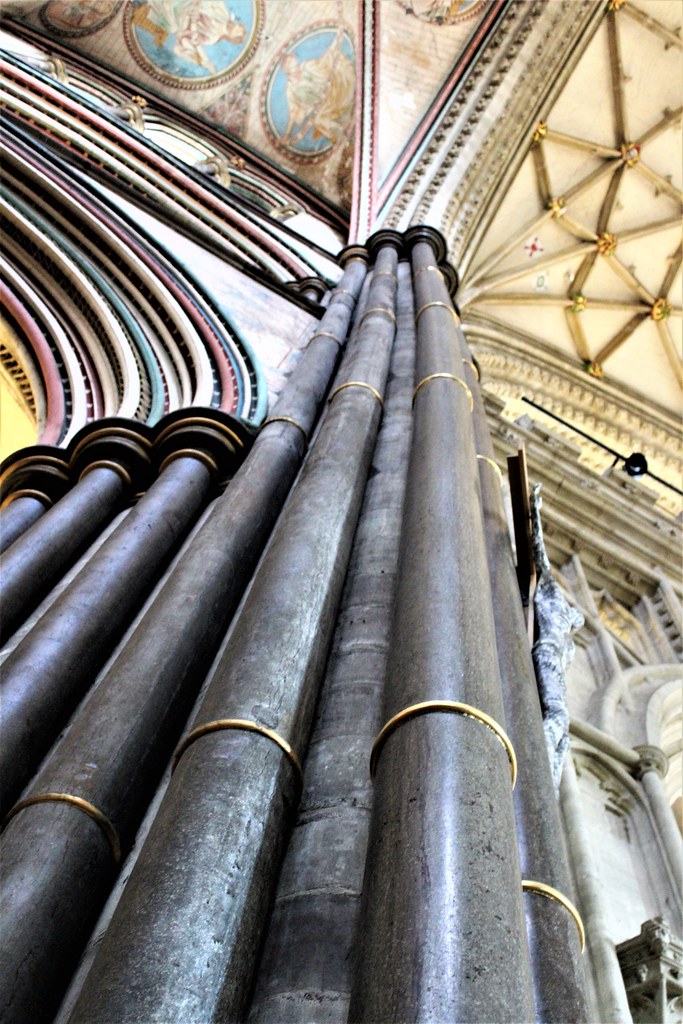 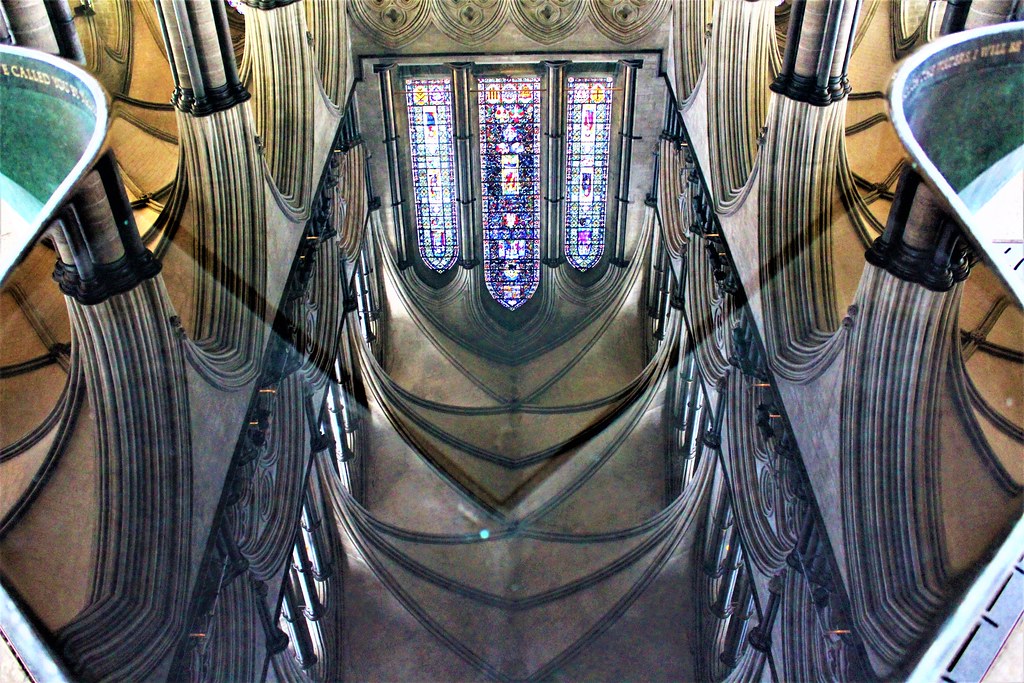 Reflections on surface of the font

Salisbury and its Cathedral have inspired various writers and authors including Thomas Hardy, Anthony Trollope, Susan Howatch and William Golding.

Next, the group took opportunity to visit the local Saturday market in Salisbury after which we walked back to our lodgings and then drove to the popular village of Castle Combe which some rank as the prettiest village ion England 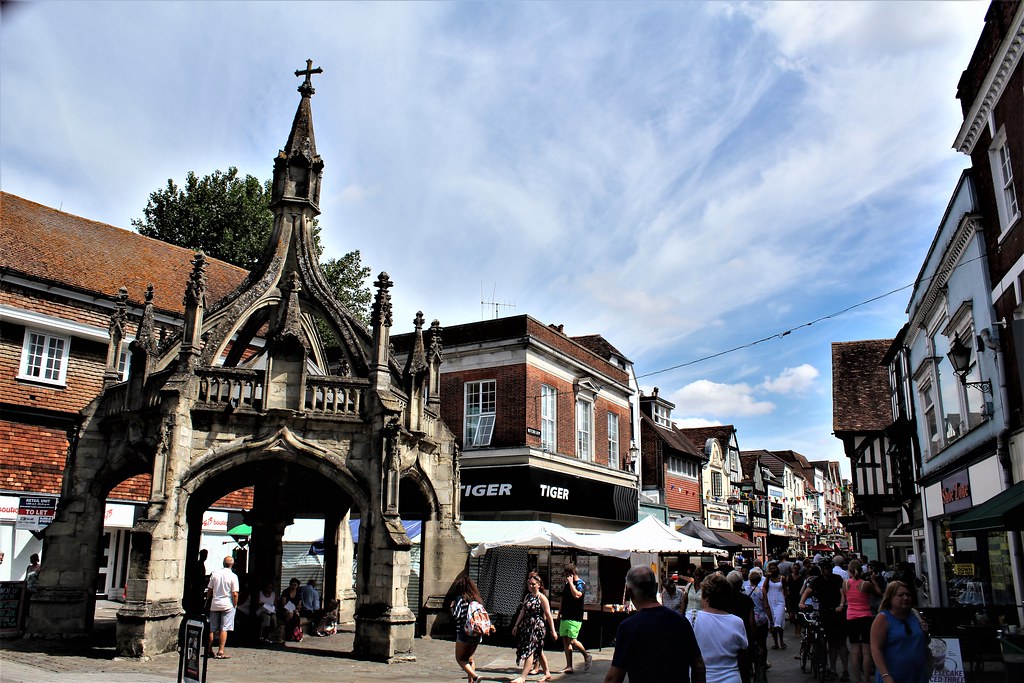 The village is situated about 15 miles N.E. of Bath.

Castle Combe has changed little over the past 500 years. Most of the buildings are a product of the 15th century cloth boom. 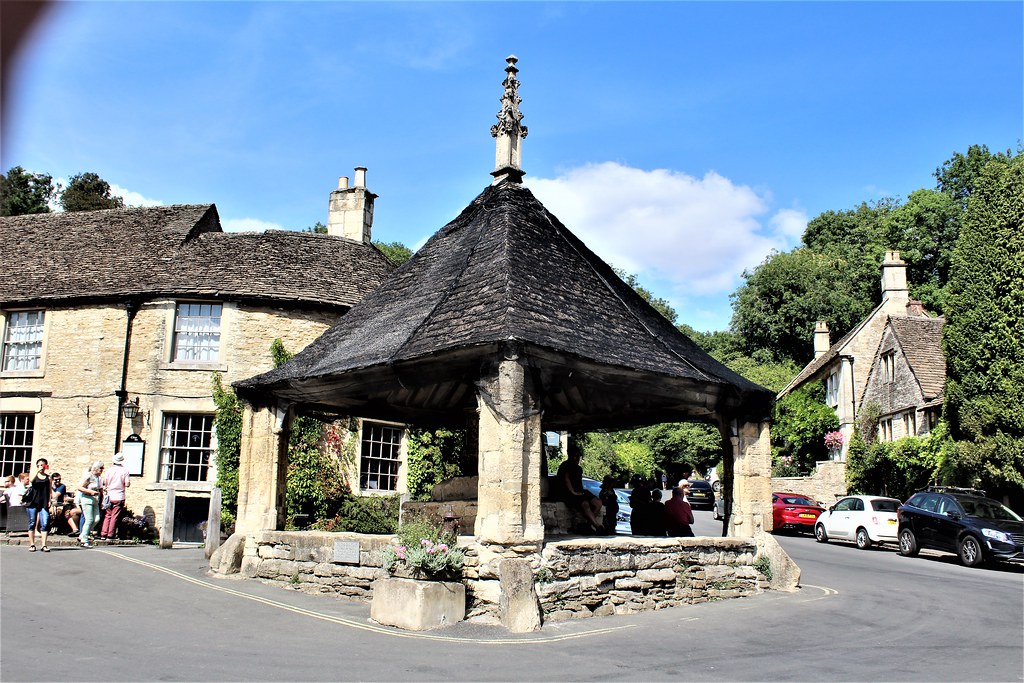 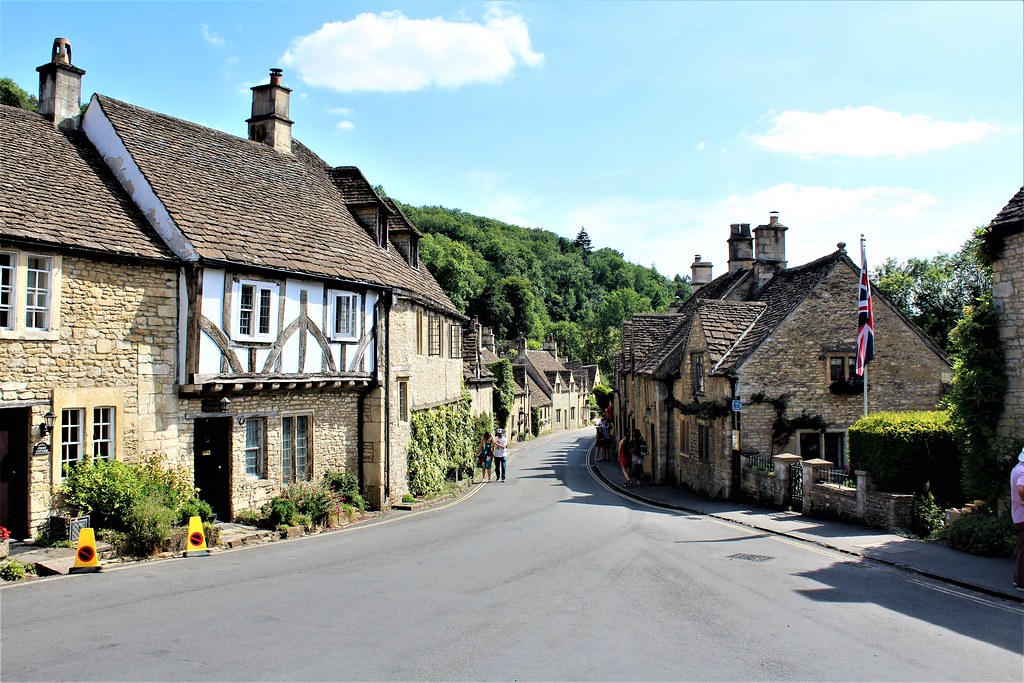 After concluding our visit to Castle Combe we moved on to nearby Bath where we called in at the famous Royal Crescent.

Information on the Royal Crescent

This stunning work was built during the period 1767-1774 under the direction of John Wood the Younger and is a manifestation of the style, scope and grandeur of the 18th century moneyed classes, a time which could be called the ‘Jane Austen era’. 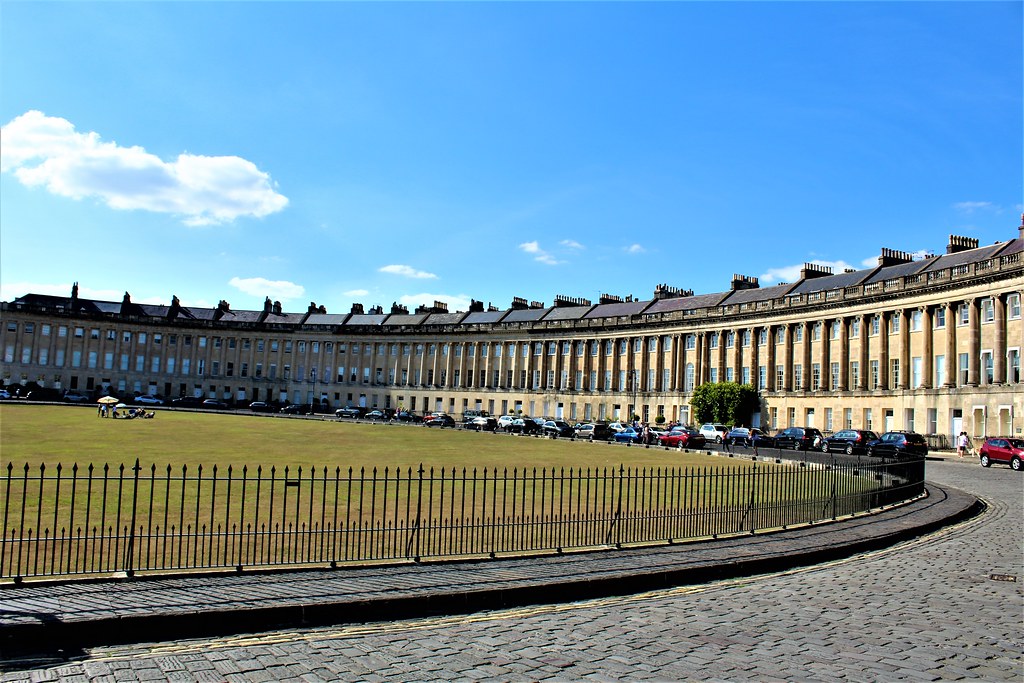 The development was unusual by modern standards in that Wood built the facade and then sold off sections to purchasers who each employed their own architects. There were originally thirty houses but over time some have been merged into a hotel and others into offices. No 1 was taken back to its original interior in the late 1960s and is now a museum.

Another consideration of the Crescent is its high elevation and views over the Victoria Park immediately in front.

Finally, we checked into our riverside lodgings near Bath. 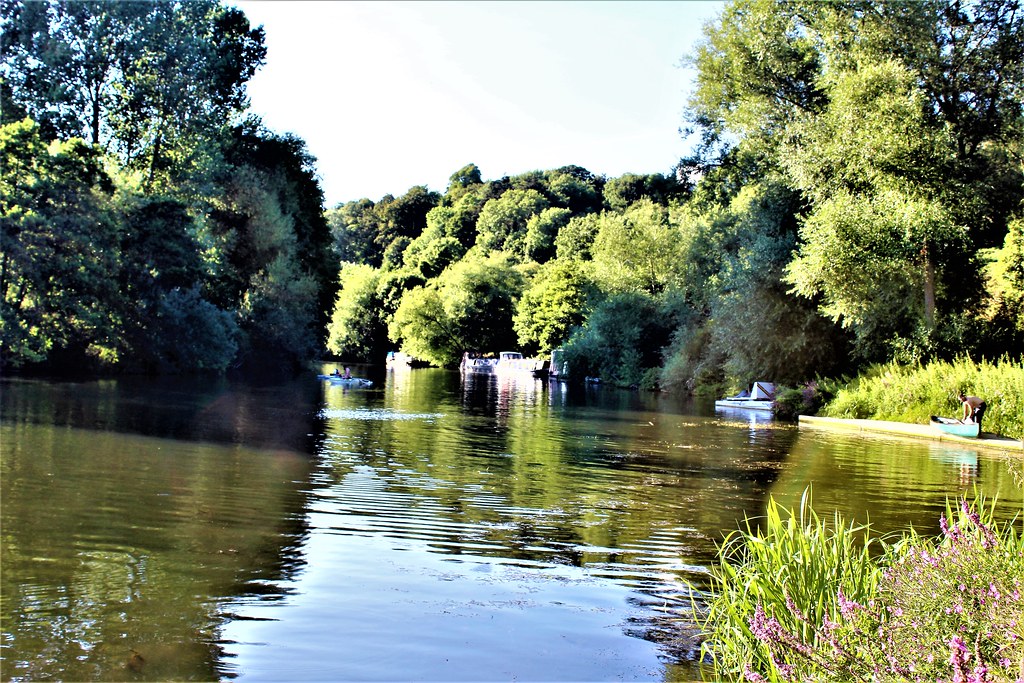 River Avon close to our lodgings in Bath

Our tour today was undertaken in temperatures around 27C/80F.