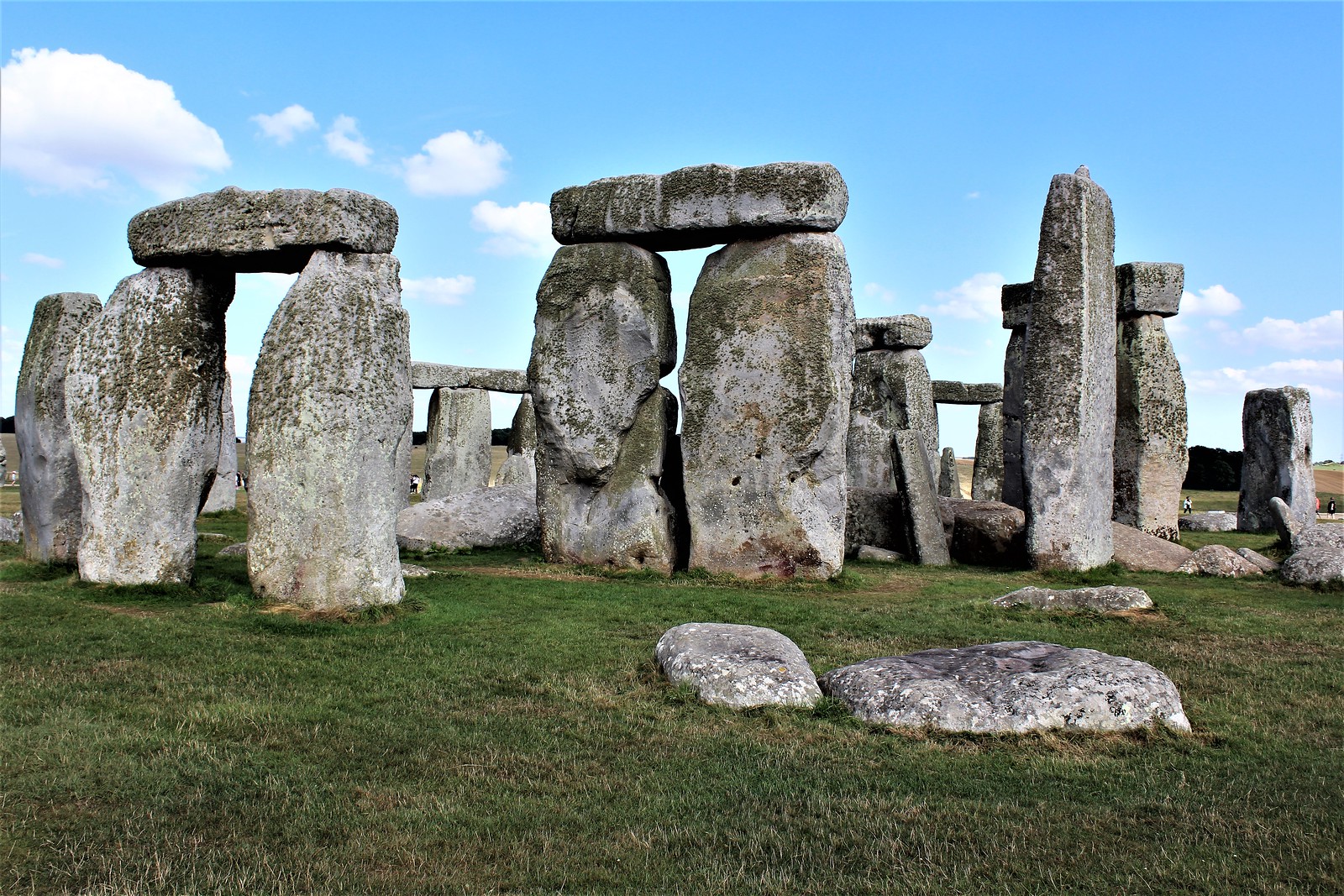 Many people are familiar with the famous Neolithic standing stone circle at Stonehenge. This is located on Salisbury Plain and about ninety miles SW of London.

On October 6th of this year I posted information on the early stages of the Stonehenge monument entailing the movement of stones from SW Wales to the Stonehenge site.

About two miles to the N.E. of Stonehenge is a huge Neolithic settlement and henge known as Durrington Walls. Archaeologists have recently discovered two arcs of huge underground pits which encircle the Durrington Walls site. Interpretation of these pits in context of the entire Durrington Walls-Stonehenge complex was subject of a programme on Channel 5 (UK) on Dec 9th 2021 from which the bulk of information conveyed in this post has been sourced.

Archaeologists have recently discovered two arcs of man-made underground pits. Originally, there was speculation that the features were actually sink holes. However, latest technology and core drilling has established the pits are man-made with each having uniform dimensions of 33 feet by 16 feet. The scale of the site is illustrated in the 1.25 mile diameter occupied by the pits.This pit feature is unique in the U.K. To put the pits in context, each has the capacity equivalent to six Olympic size pools.

How were the pits created?

This was the Stone Age when the only resources were man-power coupled with cutting/excavation tools made from Red Deer antlers.Fortunately, the ground surface mainly comprised relatively soft chalk which would have presented easy going for the excavators but lower down the soft chalk morphed into rock. However, the antler tools could still be used to lever out blocks of the solid material.

Importance of the Durrington Walls site

This site is extensive, extending to a diameter of 1640 feet. Evidence suggests that Durrington Walls was not used for ritual purposes but comprised the largest Neolithic settlement in the British Isles, possibly housing up to 4000 people in around 1000 houses. Occupants may have been a mix of construction workers and visitors.

Analysis of waste material left at Durrington Walls indicate that visitors came from many parts of the country and that they brought live pigs with them. It seems that pig meat (pork) formed a key part of the diet. The animals may have been killed using bows and arrows in some form of ceremonial hunt. There is evidence pointing to a surplus of meat (at feasting times) as some bones were discarded with some meat still in place.

Scientific analysis of the 5000 year old teeth of slaughtered pigs point to their demise at the winter solstice which suggests this timing for ritual was more important than the summer solstice.

To sum up, it seems that Durrington Walls was was an occupation site and place for the living whereas Stonehenge was a place for the dead. There is evidence of over 150 cremated remains at Stonehenge.They were two parts of the same complex.

Why was the Stonehenge site special?

Glacial movements left a series of parallel lines/ridges in the landscape which by chance align with the shortest days of the year.One of the lines runs through the heart of the Durrington Walls site.One possibility is that the Stonehenge monument is dedicated to movements of the Sun.

Purpose of the pits.

The purpose of the pits is subject to speculation, especially as excavation has yet to be undertaken.They could have been part of a massive monument linking the nearby Rivet Avon and Stonehenge. The pits have been dated to nearly 4500 years ago, roughly contemporary with the Durrington Walls site.

End of an era

The pits marked the end of an era. They were built by dark/black skinned people who were replaced within a couple of generations by fair skinned newcomers from the Ukraine and Russia from whom most British people are descended.See this post for more information.

The map below is a very basic interpretation for information purposes only. More detailed maps can be found elsewhere on the web. 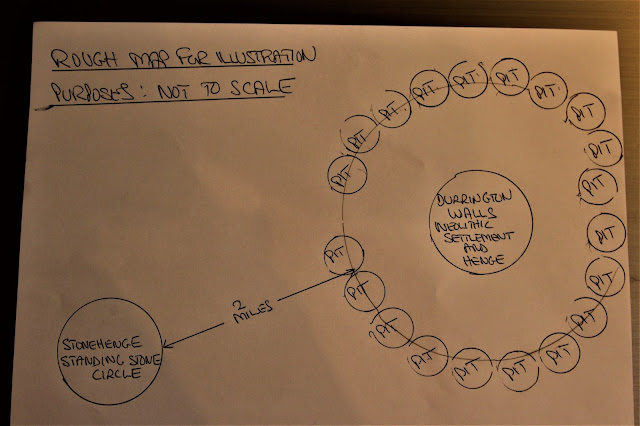