Tonight I am reprising a day tour of one of my favourite locations, namely the English Cotswolds. This itinerary illustrates the diverse range of sites which can be covered in just one day, albeit in indifferent weather conditions,.

This morning, we commenced our tour in somewhat foggy overcast conditions,with  intermittent rain. However, the skies gradually cleared as the day progressed.

First, we drove for about 2 hours to the 'picture postcard' village of Castle Combe in Wiltshire. This is often considered as England's prettiest village. It is certainly quaint, with narrow streets, a stream, houses dating back hundreds of years, small shops and a church dating back to around the 12th century. There is a burial there dated 1270.

After about an hour exploring Castle Combe we drove north for about one hour to the Roman Villa at Chedworth. Along the way we navigated narrow, country roads with a patchwork of fields many of which contained the brilliant yellow flowers of Oil Seed Rape (Canola). We even encountered a stray lamb holding up traffic.

On arrival Chedworth, we toured the site, which dates back to around the 2nd century AD and is noted for its high quality mosaics. The Villa was not discovered until the 19th century.

After Chedworth we drove to Broadway Tower, an 18th century folly which offers stunning views over the landscape as far west as Wales. The surround parkland is home to a small herd of deer. 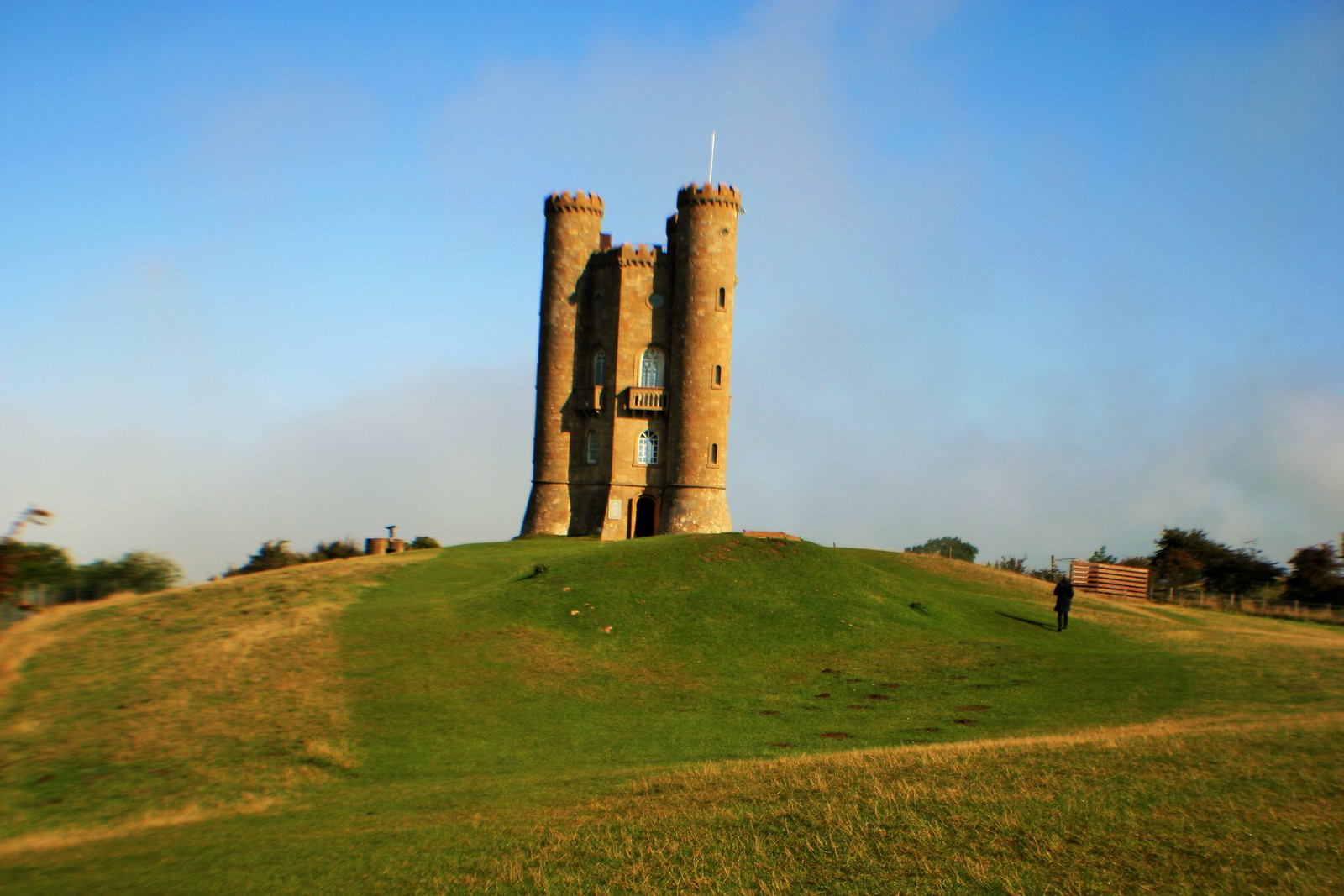 Next, we moved on to nearby Chipping Campden, a quaint Cotswold town with old buildings, thatched houses and high quality topiary.

Finally, we returned to our lodgings and then to Bourton-on-the-Hill for dinner.